The video shows Officer Nathaniel Brown arresting Skylar Gilmore for cussing, then throwing him to the ground and kneeing him in the face. 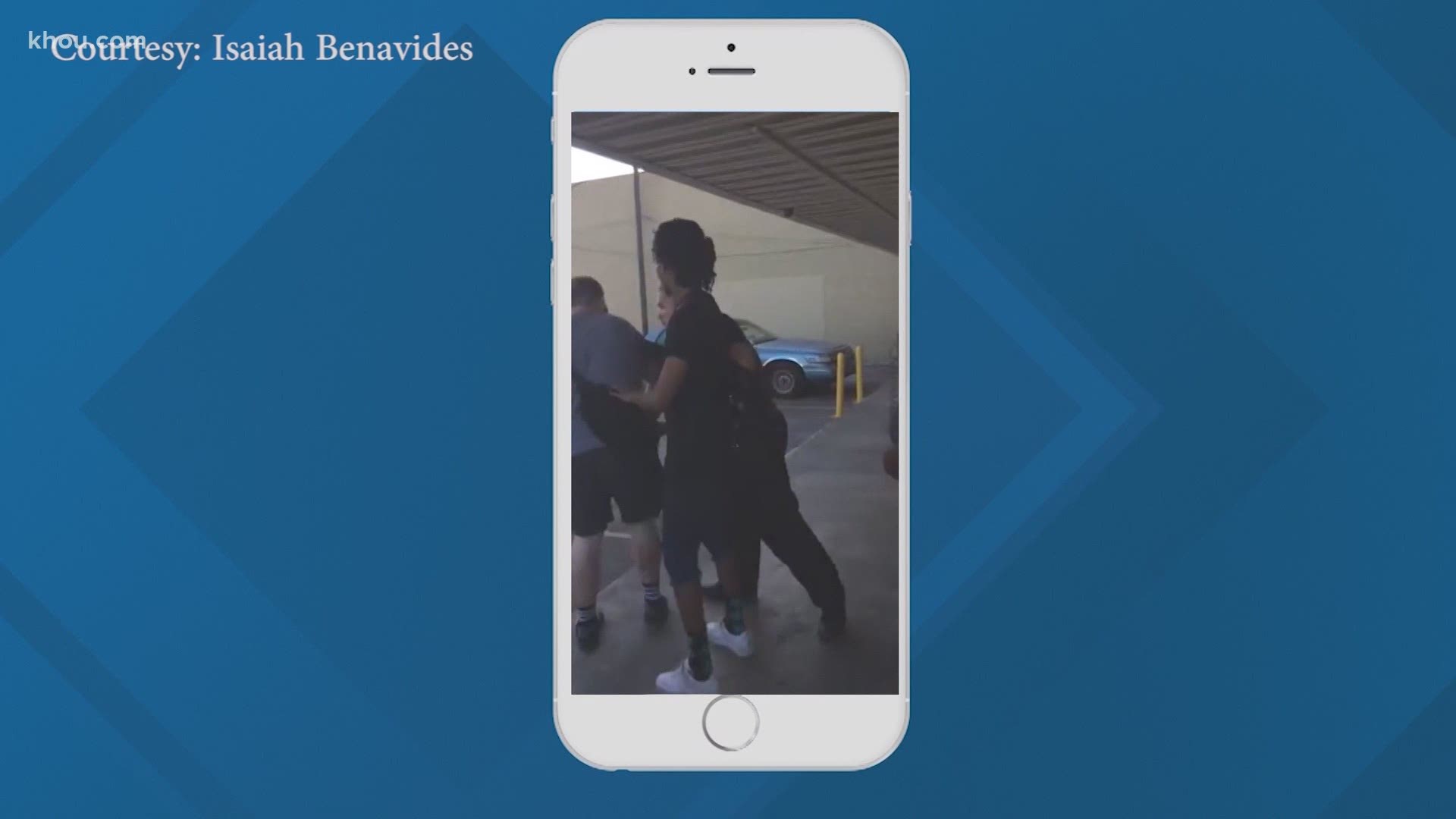 BAYTOWN, Texas — Editor's note: The video above originally aired on June 4 following a protest in Baytown.

The Baytown Police Department has fired an officer who was caught on cell phone video roughing up a young man he had arrested for cursing.

The Internal Affairs Division began investigating Nathaniel Brown after the video went viral leading to a protest outside the police department.

The video shows Brown arresting 24-year-old Skylar Gilmore for “cussing in public,” then throwing him to the ground and kneeing him in the face.

“This was my first time going to jail,” Gilmore said after the incident. “I’m a law-abiding citizen, and I got sent to jail for cursing.”

After a review, Baytown Police Chief Keith Dougherty concluded Brown’s actions did not align with the department’s “professional standards and values.”

"The Baytown Police Department takes allegations of wrongdoing or misconduct by our officers very seriously,” the chief said in a statement. “The trust and confidence of our community is paramount and as such we hold our officers to the highest levels of integrity as well as moral, ethical and professional standards.”

Gilmore was with his friends, Isaiah Benavides and Isaiah Phillips on June 2, when another friend, Jostin Moore, was pulled over in a separate car outside the Baytown Market Convenience Store.

Benavides started recording the traffic stop where Moore was arrested for unspecified traffic violations and an outstanding warrant out of Deer Park.

The three friends were questioning why Moore was being arrested.

That’s when Brown handcuffed Gilmore “for cussing” and roughed him up, while a second officer grabbed Phillips from behind.

“They slammed me on my friend Skylar’s hood, used my face to dent his hood,” Phillips said. “That’s not proper.”

“I try to hold people accountable, and I feel the frustration,” Chief Dougherty said after the incident.

It’s not clear if any action was taken against the second unidentified officer.

Gilmore and Phillips were charged with disorderly conduct for using profanity. A separate charge of interfering with public duties was dropped because of lack of evidence.