It's the closest their family has ever come to finding out the truth. And whether it's a pirates ship or not, they hope it's a clue to their ultimate treasure. 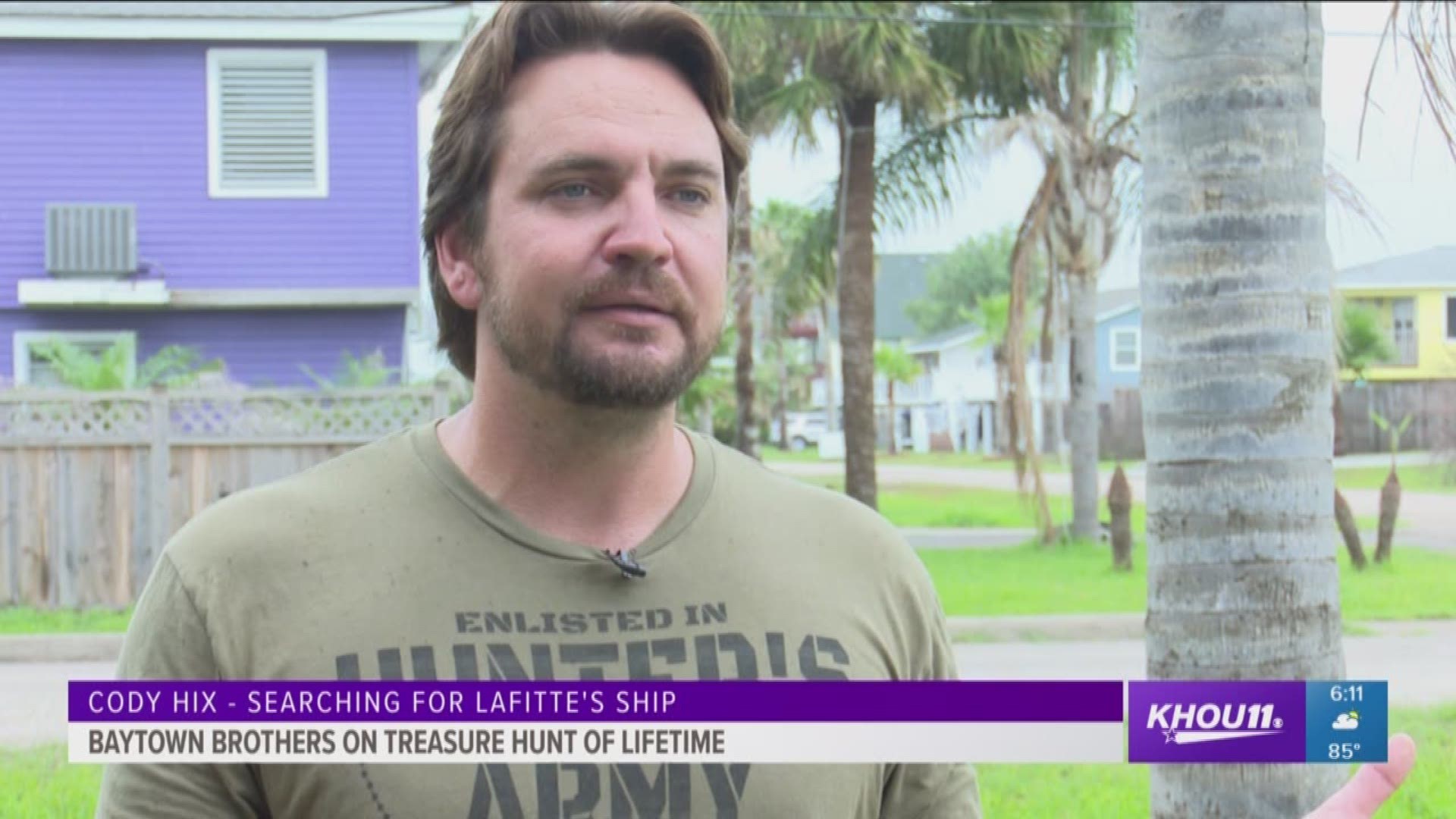 HOUSTON — It’s the treasure hunt of a lifetime, and now it’s landed them on national TV.

The Hix boys from Baytown were featured on Discovery Channel’s "Expedition Unknown" for their quest to solve the unanswered disappearance of French Pirate Jean Lafitte. They believe now they’ve found his sunken ship.

“It started for us with this family story,” Cody Hix said.

For the Hix boys, the legend of Jean Lafitte was always their family’s little secret.

“We were told as kids that we were directly related to Lafitte," Cody Hix said.

A tale told through time, but like most legends, this one, too, was lost. Even to them.

“He just doesn’t get the notoriety that he deserves," Jay Hix said.

“Our theory is that he went right outside of Galveston, scuttled his ship, and that’s where his ship and treasure is buried today,' Jay Hix said.

“And they would say, somewhere over there, is Lafitte's ship, your ancestors ship," Cody Hix said.

Each generation searched for the same ship.

“Of course, we couldn’t find it, but we looked," Cody's father, Tony, said.

But so far, a search is all it’s been until now.

With the help of "Expedition Unknown," they've had a major break in the case.

Using a magnetic probe, the team finds a large ship-shaped object, 15 feet underground outside what they call "Lost Lake." They even pull up evidence from below: a piece of charred wood and a rusty nail.

“Just about got to be the remains of a ship, just about, what’s left over," Tony Hix said.

Lafitte’s ship is called "The Pride," but that’s something they’ve already found.

And whether it’s a pirate's ship or not, they hope it’s a clue to their ultimate treasure.

“Finding out who Lafitte really was," Cody Hix said.

The evidence pulled up from underground has been sent off to be tested.

In order to get enough resources for an excavation, the cousins are hoping to get their own spin-off TV series. If you think they should, they are asking people to visit this website and select "Contact Us."