Baytown battle: Should the name of Robert E. Lee High School be changed?

"In this moment, you know, with the Black Lives Matter movement and various other movements that have been going on for years, it’s just time,” said one Lee alum. 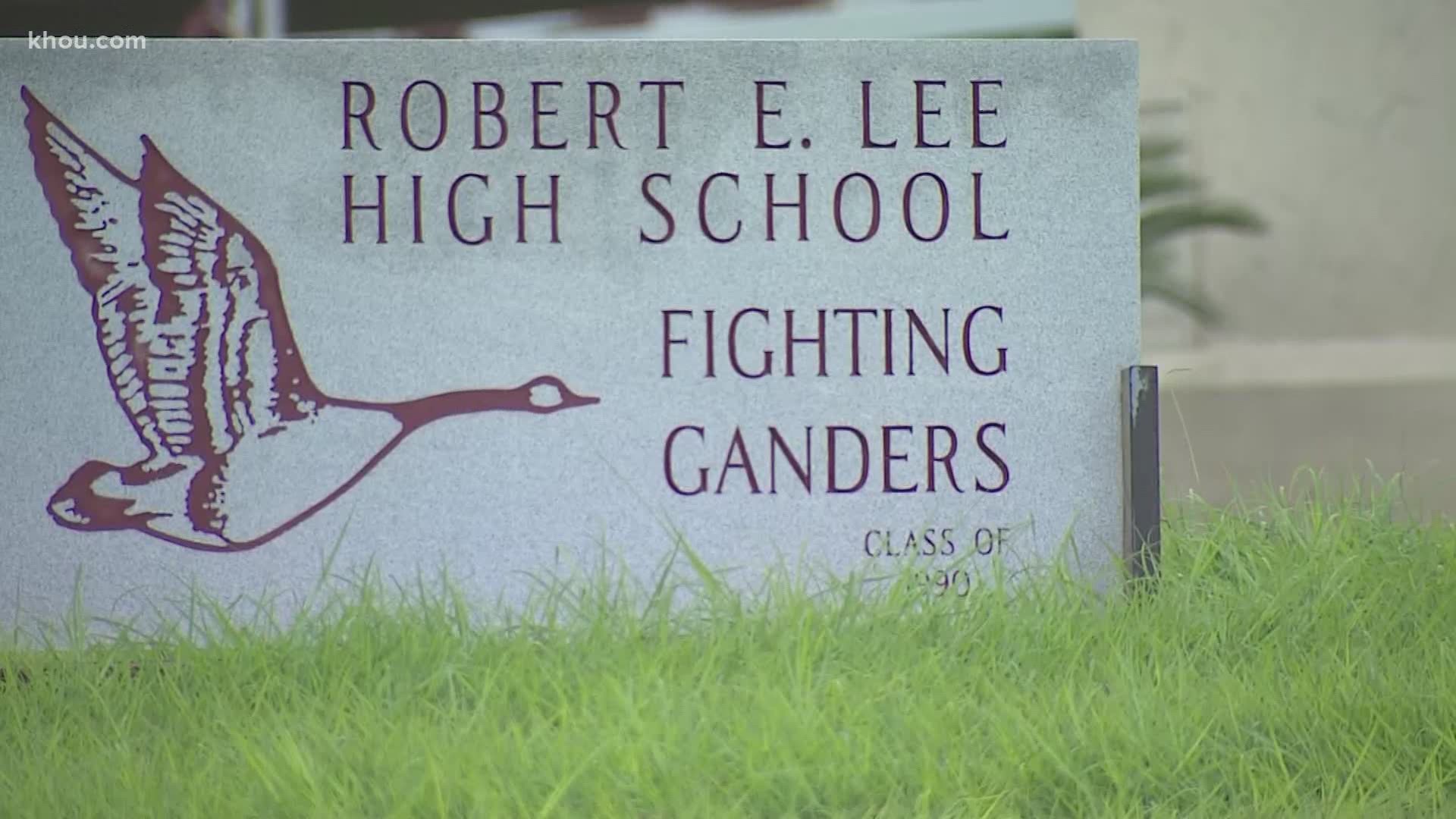 “I don’t think renaming it solves anything that happened 150 years ago in the Civil War,” said 1961 graduate John Hurr.

Hurr agreed to place a petition seeking to retain the name inside his dental office.

"It’s served the community with dignity and honor and has been a great academic institution,” Hurr said.

But, like the war, there are two sides to this battle. And another petition seeking to change the name already had more than 3,500 signatures as of Monday afternoon.

"The school was built and named in 1928 and it was built as an all-white school,” said 1976 graduate Randy Dunn.

Dunn, a retired teacher, said things have since changed and the latest data shows the school is only 10% white. 2014 graduate Neil Hernandez agreed the name should better represent current demographics.

"In this moment, you know, with the Black Lives Matter movement and various other movements that have been going on for years, it’s just time,” Hernandez said.

People on both sides were scheduled to have limited time during Monday night's virtual Goose Creek CISD board meeting to share their opinions. However, district leaders said no decisions regarding the name were expected with planning for the new school year underway.

The public comments concerning a possible name change for the high school lasted for hours during Monday night’s meeting.

Dozens of speakers signed up to speak about the issue and many others wrote emails. Most of those who spoke were in favor of changing the name of the school, however, others wanted it to remain the same.

“I'm actually here to tell you this is both the right decision and the popular decision,” Hernandez said. “There is no excuse. The time is now, not January, not spring. I encourage each and every one of you to be brave, to be honest, to be swift on this matter.”

Other former graduates claimed changing the name would do more harm than good.

“I just feel that if you rename the school, you will not only hurt the honor of the students who called each other brothers and sisters, but you will cave to the outside influences of the name change,” said 1981 Robert E. Lee High School graduate Stephen Cox.

The school board will vote on whether to begin the processing of renaming Lee on Sept. 9.

Houston ISD removed Lee's name from a school several years ago. Tyler ISD and Midland ISD recently did the same.