Dozens of bats run over, killed on I-35 off-ramp

While driving home from work, rush hour drivers' vehicles were hit by bats on the Round Rock Avenue off-ramp on Interstate Highway 35. 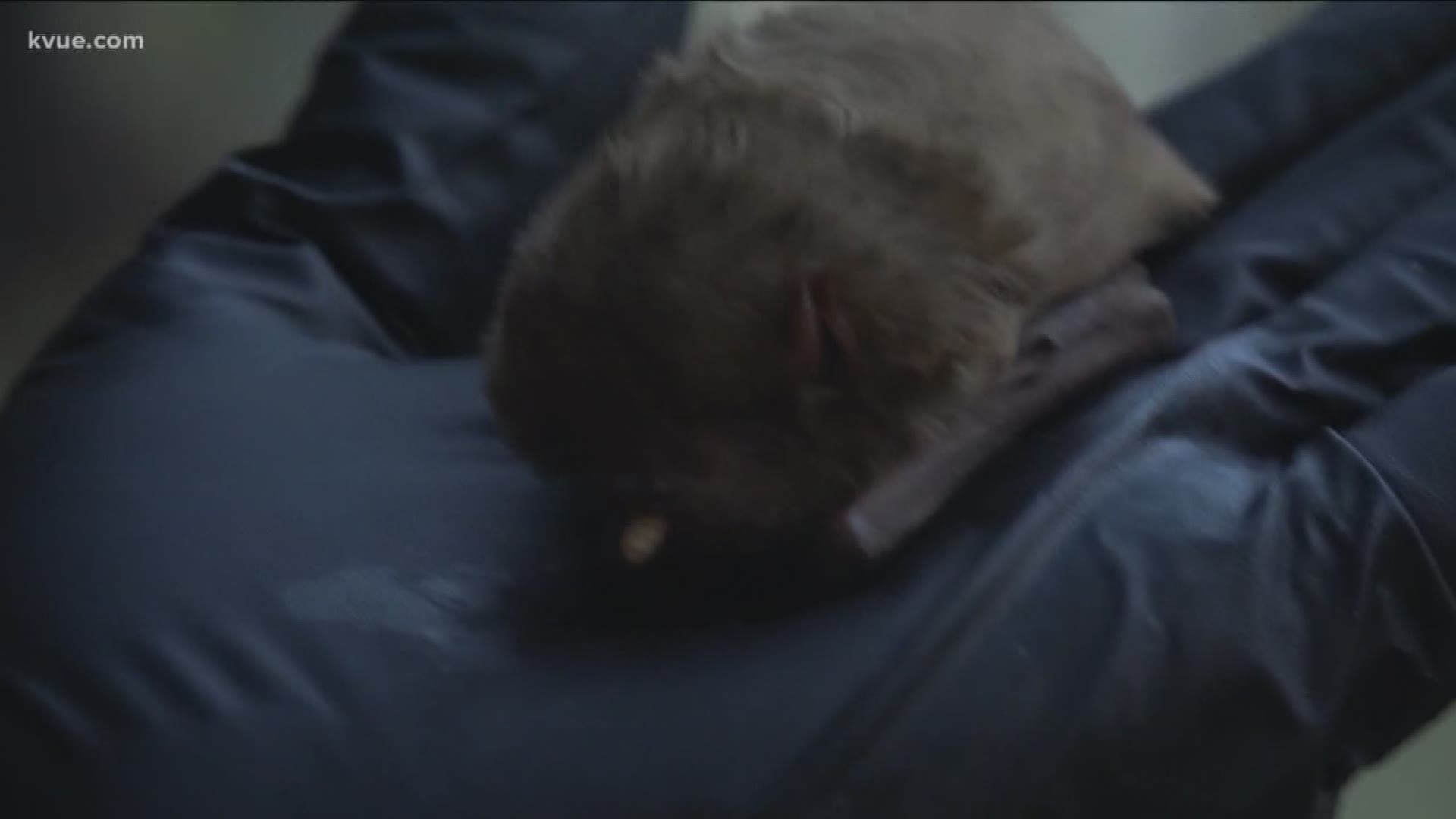 ROUND ROCK, Texas — Brandon Deleon slowed down for what he thought was regular rush hour traffic on Monday night. When he got off Interstate Highway 35 at Round Rock Avenue, bats started colliding with his car.

"They were hitting the car, they were falling on the ground, and you can't really avoid them because they were all over the road," Deleon said.

Deleon continued home, posted to Facebook asking for help, and later contacted Austin Bat Refuge about what to do.

"I've never seen bats just come out and have no awareness that this is traffic, cars are traveling, you're in the way," Deleon said.

Austin Bat Refuge executive director Dianne Odegard has two theories as to why the bats were flying into the cars.

"They may not be echo-locating when they emerge from a bridge," Odegard explained. "It's possible since there was a big cold front that came in that night that included a lot of wind that there may have been some difficulty for the bats when they emerged from the bridge to get the height they needed to get on top of the traffic."

Odegard admits it's almost impossible to know exactly what happened without having been there when the bats were flying out from under the interstate. Odegard and her husband, Lee Mackenzie, track the bats' flight patterns as well as the weather systems, but just because they can see when the bats are flying does not mean they know why they are flying.

Odegard added she has reached out to contacts within TxDOT to report what happened.

TxDOT spokesperson Brad Wheelis said this was the second such incident reported since the off-ramp opened in Sept. 2018. However, both incidents were reported as second-hand information – nobody has reported them directly to TxDOT, according to Wheelis.

TxDOT's Environmental Department has been monitoring the area since the first incident reported in Sept. 2019. Each time crews have responded, they only found one or two bat carcasses, Wheelis said.

"We have not found any evidence of bats dying," Wheelis said. "We may have found a bat carcass, but we have not seen a number of them."

He admitted the area where this exit is located has been a long-time home to a large colony of bats. Some experts argue the colony is even bigger than the colony under the Congress Avenue Bridge.

Deleon wants to see TxDOT make changes to keep the bats safer, but no changes are being made at this time.

"I would love to see some type of fencing, some type of barrier so they're not just going straight into traffic," Deleon said.

Craigslist ad for 'grandma' without family on Christmas goes viral