Barrett-Jackson is bringing its auction to the Lone Star State for the first time. 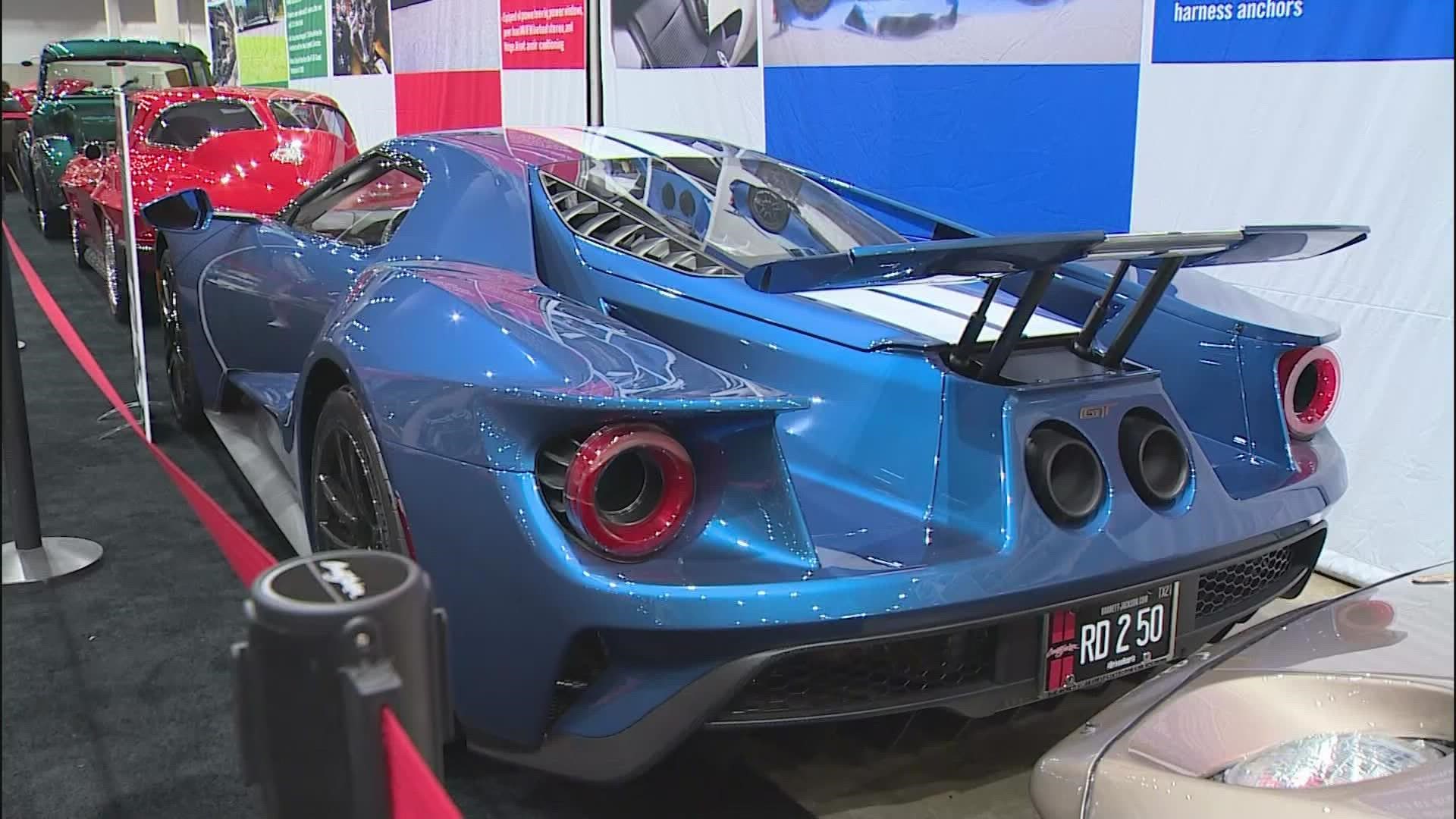 HOUSTON — Something cool going on this weekend at the NRG Center – a massive classic car auction.

Barrett-Jackson brought its auction to the Lone Star State for the first time with their inaugural Houston Auction.

“Our inaugural Houston Auction is shaping up to be one of Barrett-Jackson’s most memorable events,” said Craig Jackson, chairman and CEO of Barrett-Jackson. “The car culture runs deep in Texas, which is why we’ve had our hearts set on bringing an event to the state. The pent-up demand for collectible vehicles and the hobby in 2021, combined with the level of excitement we see at our inaugural events, will make this Houston Auction one that enthusiasts around the globe will not want to miss.”

Equipped with more than $78,000 in factory options, the Ford GT is finished in Liquid Blue paint and accented by the optional Frozen White overtop painted stripes.

The 1979 Porsche 928 was a star in “Risky Business,” and it was in this car that actor Tom Cruise learned to drive a stick shift.

The car was one of three driven on the film’s set and was one of two used during the chase scene with Guido, played by Joe Pantoliano, that culminated in Cruise famously declaring, “Porsche. There is no substitute.”

In addition to the amazing collector cars that will cross the block at no reserve, the event will feature something for everyone.

The NRG Center will be taken over by hundreds of collectible vehicles selling at no reserve and on display throughout the event.

Barrett-Jackson will also play host to dozens of sponsors showcasing the latest in automotive technology, interactive displays and more, while a vast exhibitor marketplace will offer a wide variety of luxury goods and services.

Additionally, guests will have the opportunity to ride with a professional driver on the Barrett-Jackson Performance Track.

Chevrolet and Ford will provide hot laps in their C8 Corvette and Mustang Mach 1, respectively.

Toyota and Dodge will also be on-site with thrill rides in a drifting exhibition featuring the Toyota Supra, as well as Dodge Charger and Challenger.

Consignments are open and those interested may consign their collector vehicle here.

Those interested in registering to bid for the Inaugural Houston Auction may do so here.