A 3-year-old in the vehicle wasn't hurt when the suspects fired two shots into their father's car. 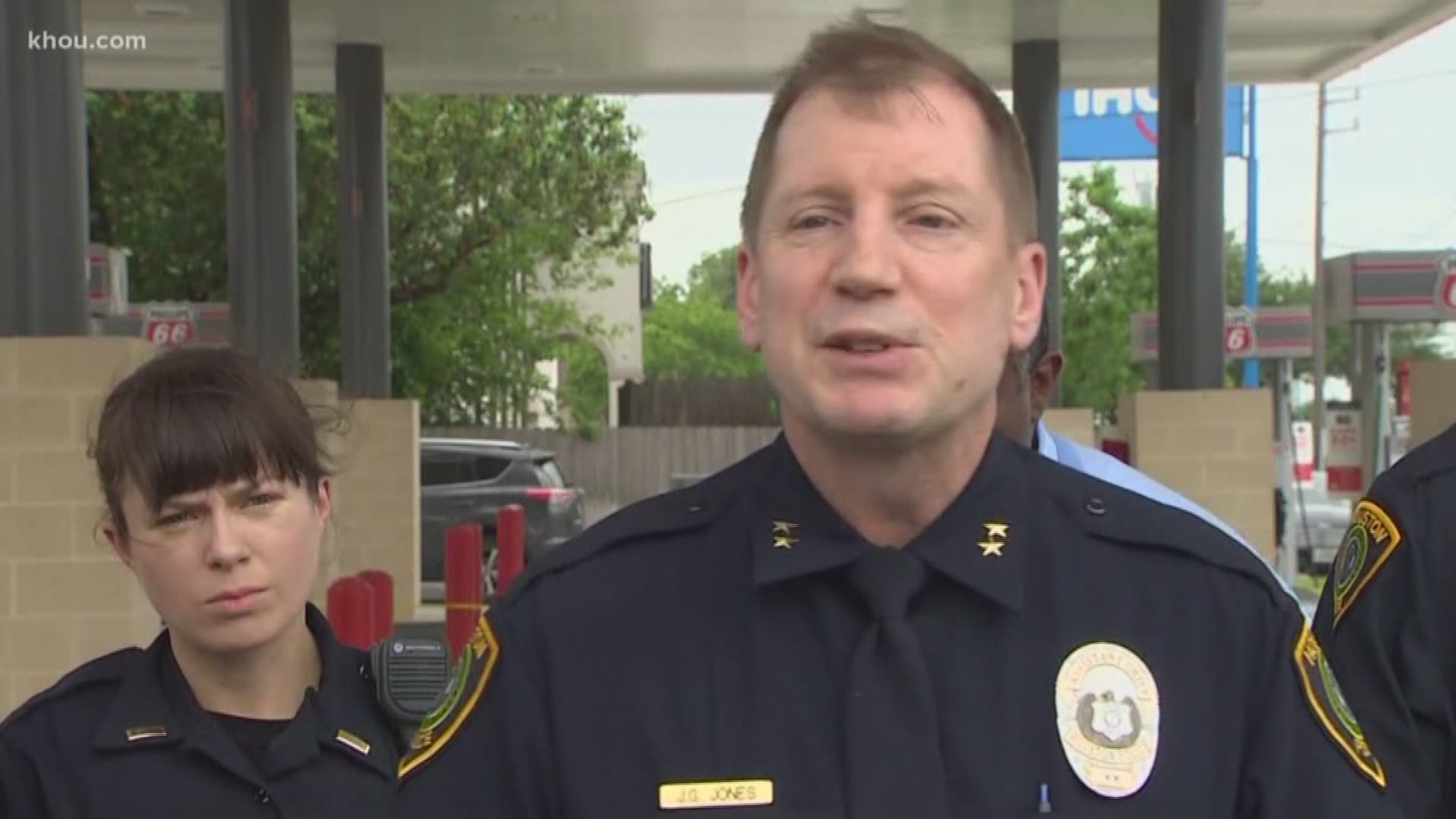 HOUSTON — A 1-year-old was shot near a gas station in a road rage incident in southwest Houston, according to Houston Police.

It happened near the Southwest Freeway at Gessner around 1 p.m. Wednesday.

The child's father, 20, told police he accidentally rear-ended another vehicle. While trying to apologize, he said he saw the driver pull out a gun.

Police said the man told them he feared for his life and drove off. That is when the suspect fired two shots at the man's vehicle, hitting the 18-month-old in the chest, police said.

The bullet traveled through the trunk of the vehicle and struck the child in the chest, police said.

The child's father, who also had 3-year-old in the vehicle, pulled into a nearby gas station for help.

People inside immediately called for help. The child was awake and alert and was taken to a hospital in stable condition. The child is expected to survive, police say.

"We believe it's road rage. We have no indication that they knew each other." said Officer J.G. Jones with the Houston Police Department.

Air 11 flew over the scene, where police were spotted putting yellow tape around a small sedan parked in front of the gas station.

"It makes no sense at all. It's just a tragedy." said Officer Jones.

At this time, police do not have a description of the suspect.

The suspect's vehicle is a light blue, newer model Toyota Camry or a Honda Accord.

HPD Chief Art Acevedo tweeted Wednesday night, "Let’s come together to get this coward off the streets of @HoustonTX. We can’t, don’t, & won’t tolerate this wanton & willful disregard for the sanctity of life. If you have time information please contact @houstonpolice or @CrimeStopHOU today! #RelationalPolicing."

If anyone has any information at all, call Crime Stoppers or the Houston Police Department.