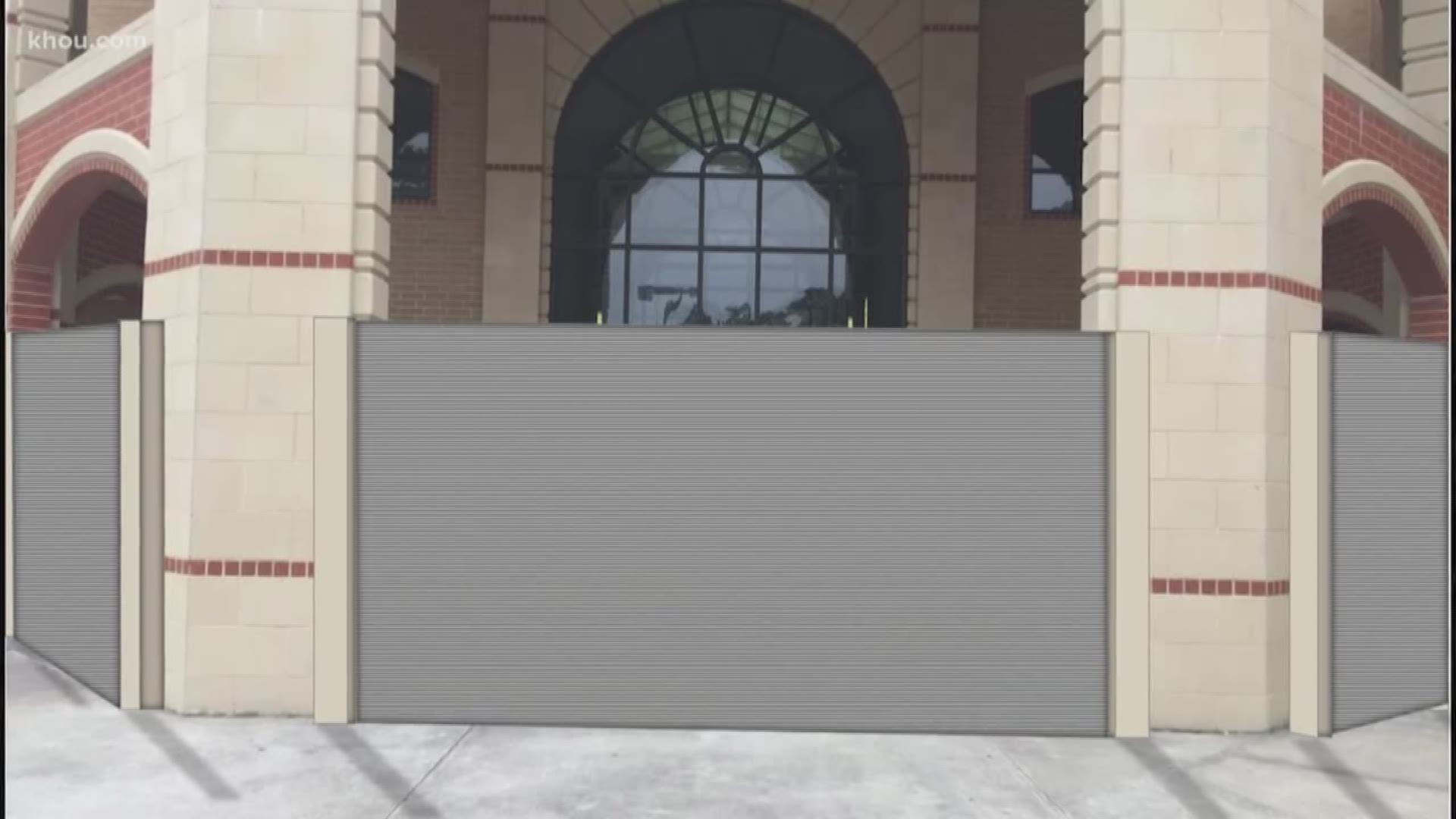 HOUSTON, Texas — The indoor swimming pool is the only water Humble ISD wants to see inside Kingwood High School.

Believe it or not, fish ended up in the pool during Hurricane Harvey when water swamped the entire campus.

"There was five feet of water in here," said Humble ISD Superintendent Elizabeth Fagen. "I’m a little more than that, so, it would’ve been almost over my head.”

The school re-opened after a $70 million renovation.

Now, the district plans to spend nearly $30 million to protect the investment from future flooding thanks, primarily, to a FEMA grant.

"We’ll go behind all of the bricks, the entire perimeter of the building, up to eight feet, and make it waterproof," Fagen said. "And then we will put flood gates in around all of the doors and windows.”

The district showed us renderings of the flood barriers that will cover doors and windows on the first floor.

They will rise from underground storage areas automatically when a flood threatens.

"This would keep the perimeter of the building intact and keep the water outside and preserve the inside," said Fagen.

Fagen said FEMA would not have approved property-wide walls because of potential impacts on neighboring homes.

Henry gets a little freaked out every time it rains.

But she believes protecting the building makes sense after so much work to move back in.

“I had the most difficult time going through that, and I have a younger sister that’s going to eventually go to Kingwood, and I would hate to see that happen to her or anybody else,” said Henry.

Humble ISD considered raising the school or even replacing it.

But Fagen said better protecting it was the only feasible option.

The plan is to get started on the installation during the next school year.

The flood gates should be ready to hold back water sometime in 2022.