Baytown man dies after driving off the highway, walking across traffic on TX 73

The driver of the Lexus was struck by a pickup and killed in Jefferson County near Winnie. 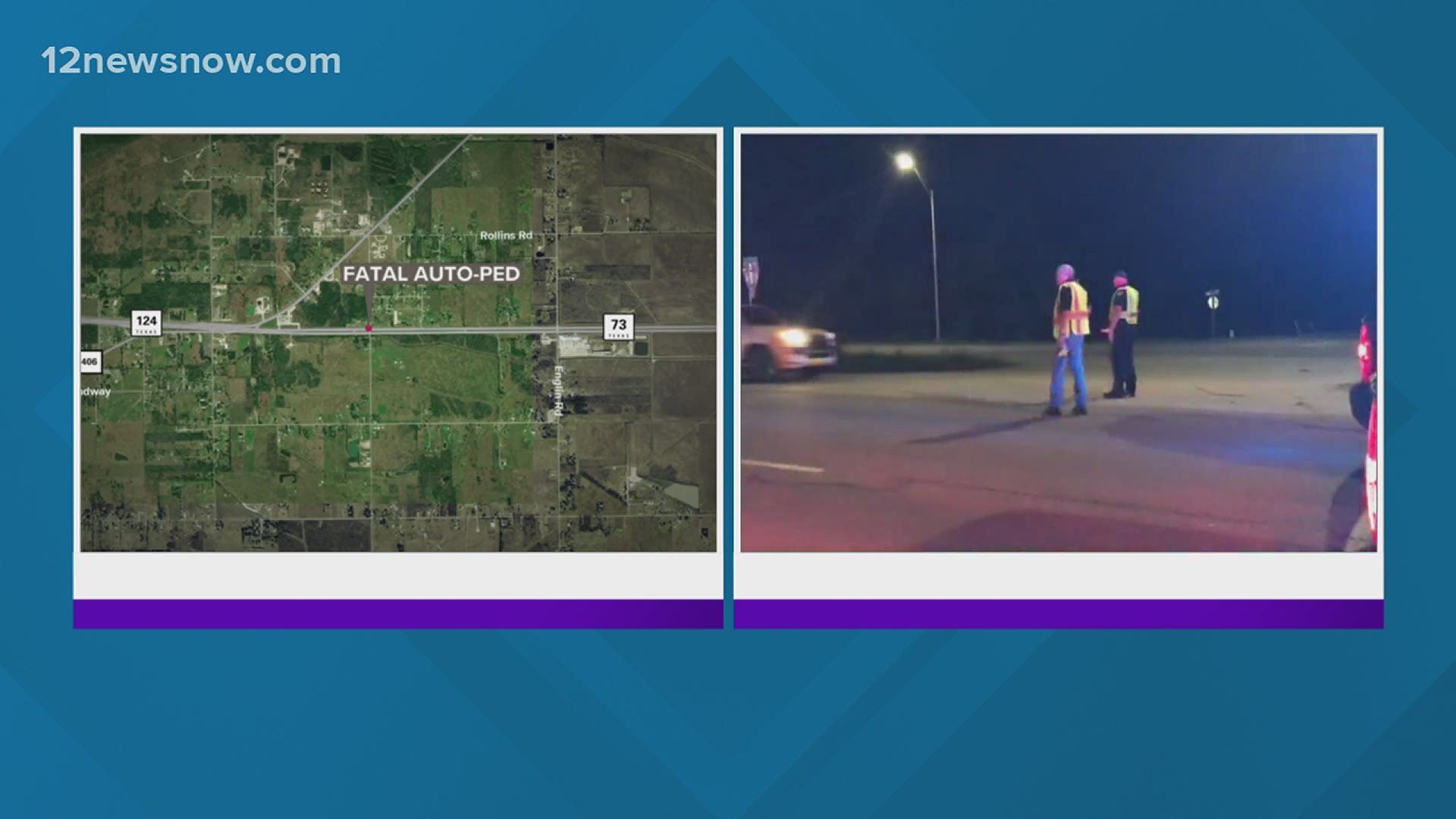 JEFFERSON COUNTY, Texas — A driver who reportedly ran off the road and crashed was then hit by another driver on a highway near Winnie Sunday night, according to Texas DPS.

All eastbound lanes of TX 73 are closed due to the crash as of 10 p.m.

The accident happened around 8:20 p.m. Sunday, Sept. 6 on TX 73 about one mile west of Englin Road in Jefferson County near Winnie.

A Lexus sedan was going eastbound on TX 73 when the driver went off the road and crashed. When the driver got out of the car and walked onto the highway, they were hit by a Chevrolet pickup truck, Texas DPS Sgt. Stephanie Davis said in a news release.

Craig Strange, 39, of Baytown was pronounced dead by Justice of the Peace Ray Chesson.

The driver of the Chevrolet is a 31-year-old man from Beaumont. He was not injured in the accident, Davis said.

The accident is still being investigated.