"We need conversation, communication, dialogue because obviously that’s what we lacked,” a protester said. 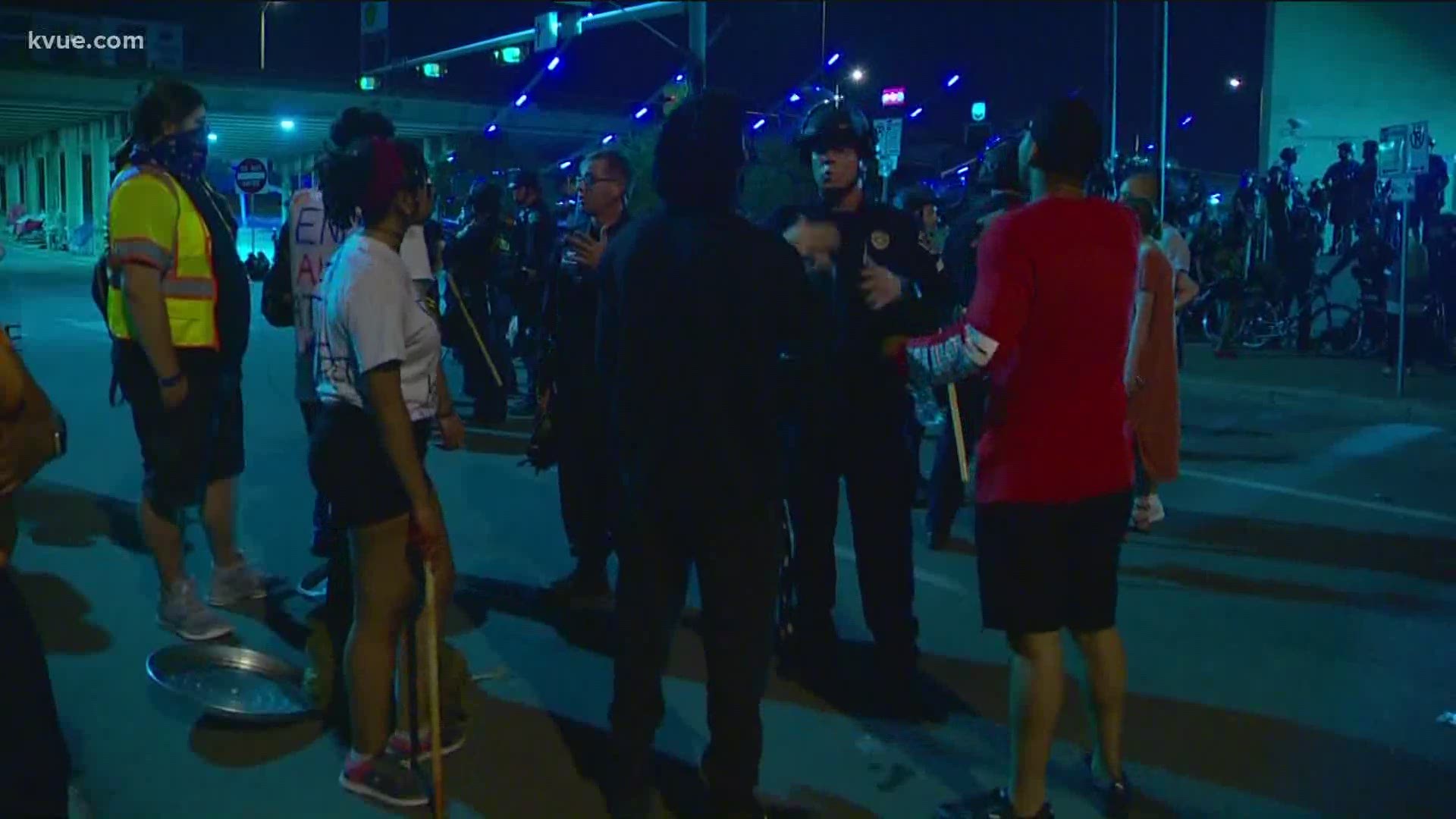 AUSTIN, Texas — Monday brought a welcome night of peace in Austin, as the City continued into night four of protests for George Floyd and Michael Ramos.

After nights of fires and clashes between protesters and police, there was a notable difference Monday night and early Tuesday morning. Police officers and protesters came together.

KVUE captured moments overnight of police officers who came down from the steps of APD’s headquarters to talk to protesters, as well as the protesters approaching officers asking tough questions.

“You’ll have heated conversations, but it’s productive that’s what we need. We need conversation, communication, dialogue because obviously that’s what we lacked,” said Jay, a protester. “There is a lack of understanding of my skin tone ... you know I shouldn’t have to tell you that I’m not a threat.”

In the early morning hours Tuesday, there was no yelling from protesters and no bean bag rounds fired from police officers ... just conversation. Jay told KVUE he spoke to an officer about Michael Ramos, who was shot and killed by Austin police in April.

“Seeing stuff like that ... that’s despicable,” said Jay. “I don’t want to paint that picture as APD as a whole, but when you have a conversation with them, they mention Minneapolis, Chicago, all that other stuff, but let’s talk about what just happened here last month.”

“I let them know I know that your job is not easy at all,” said Jay. “The difference between you and me is that you put that uniform on. I hopped out the womb like this. I can’t take this off.”

Others also thought Monday's protest was a much more positive experience than before, but they believe there’s still more work to do.

“Talking to the officer went well," said Ryan, another protester. "As well as it can go in means of just asking for a different perspective, but there's no real rest in my work, I guess you can say, in talking to people until I see actions change."

Monday night at the Texas Capitol, troopers raised their fists in solidarity with protesters. Then, earlier in the day, Jay added that police walked with protesters as they headed from the Capitol back to the police headquarters.

For many, this was just step one in improving relations, and the hope is that things will remain peaceful and the open dialogue will continue.

Coronavirus updates in Central Texas: What to know Tuesday