The AJC said the Austin police chief, APD chief of staff and assistant city manager should be held accountable for the death of Michael Ramos. 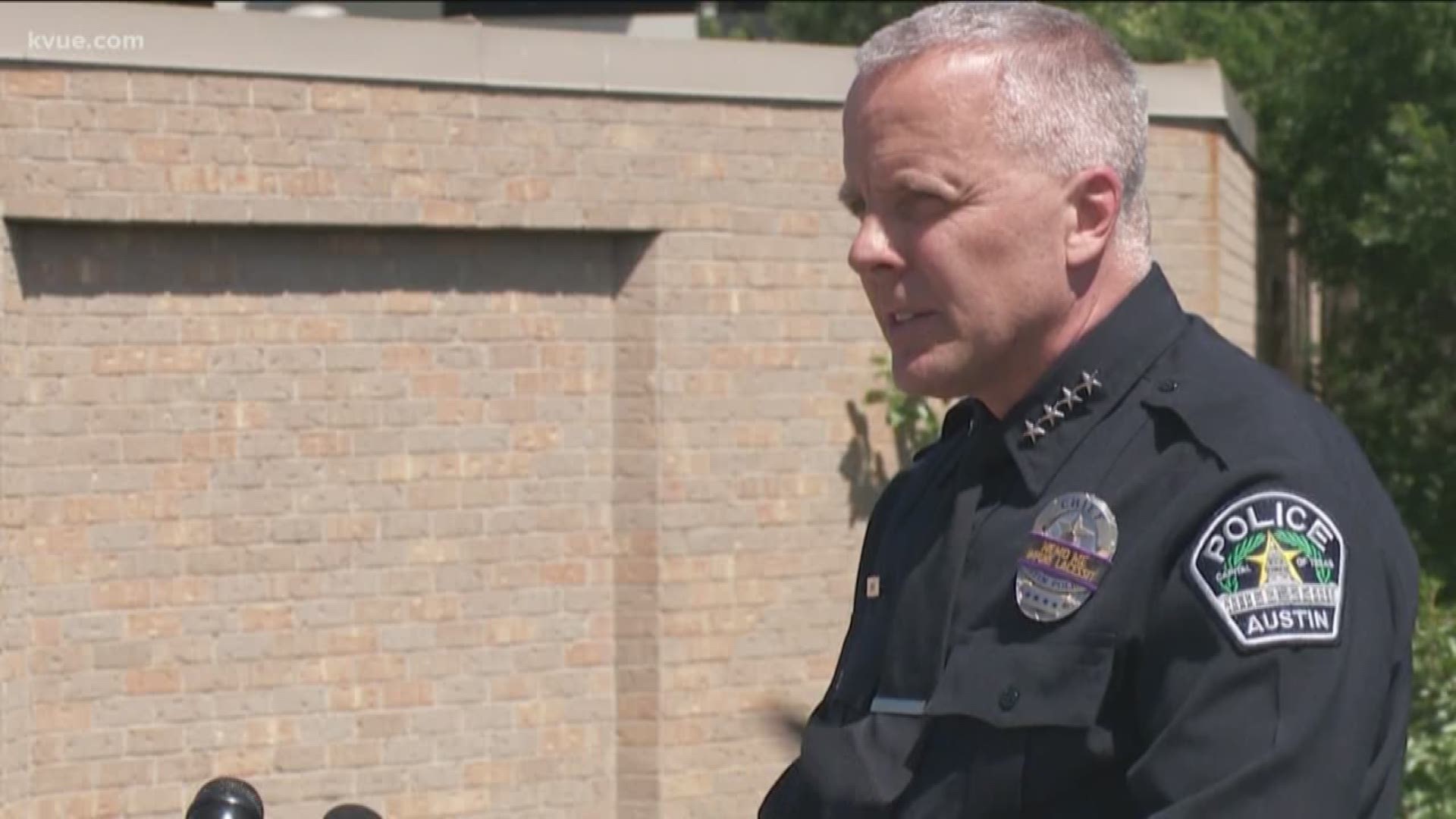 AUSTIN, Texas — The video of Austin police officers shooting 42-year-old Micheal Ramos on Friday during an incident is concerning some community groups, like the Austin Justice Coalition (AJC).

"It's one thing to ask for the officers that were involved in this, we honestly think they should be fired as well, but we have to start looking at the core issues of the police department," said Chas Moore with the AJC.

RELATED: Officer involved in Friday's southeast Austin fatal shooting was involved in another shooting in July 2019

On the day of the shooting, Chief Manley said a 911 caller reported two people doing drugs in a vehicle in a parking lot around 6:30 p.m., with a man reportedly holding a gun.

Manley said a police helicopter and canine unit were dispatched in response to the incident. During a press conference on Monday, Manley confirmed the car was involved in a burglary and evading police in Austin on Thursday.

According to police, when officers approached Michael Ramos, he got out of the car but did not comply with officers' commands.

"We decided to reach out to the Texas Department of Public Safety, the Rangers division and ask for the Texas Rangers' help in this investigation," Manley said Monday. "I share your concerns and that's why we're going to the extent that we're going to."

"The brave men and women that wear their uniform have to be in tip top shape," Moore said.

Moore said Ramos was doing what he calls the "universal sign of retreat" and that Ramos had his hands up in the video when the shooting began.

"Mike is no longer with us because Austin police failed to deescalate the situation that, we all believe, definitely could've been avoided," Moore said. "Despite the many problems that arise in the police department, many of us have tried to be at the table with the Austin Police Department to make sure we can push our police department in the best, most safe direction."

The AJC believes by firing Manley, Gay and Arellano, Ramos and his family will have justice and the police department will improve trust with communities of color.

Manley said the body camera footage from the incident will be released soon, when doing so will not impact the integrity of the investigation.

WATCH: Group calls for city leaders to be fired after officer-involved shooting

“Rather than rushing to judgment, the Greater Austin Crime Commission urges the Austin City Council to support an expeditious and thorough investigation of the officer-involved shooting last Friday. A concerned community deserves all the relevant facts about the incident. The demand to remove public safety officials without an investigation exploits a tragedy to advance political objectives. In addition to investigations by the District Attorney and Office of Police Oversight, the Greater Austin Crime Commission supports Chief Brian Manley’s request for assistance from the Texas Rangers. The Greater Austin Crime Commission and its board of business and community leaders have full confidence in Chief Brian Manley, public safety leaders, and the dedicated officers and staff of the Austin Police Department.”