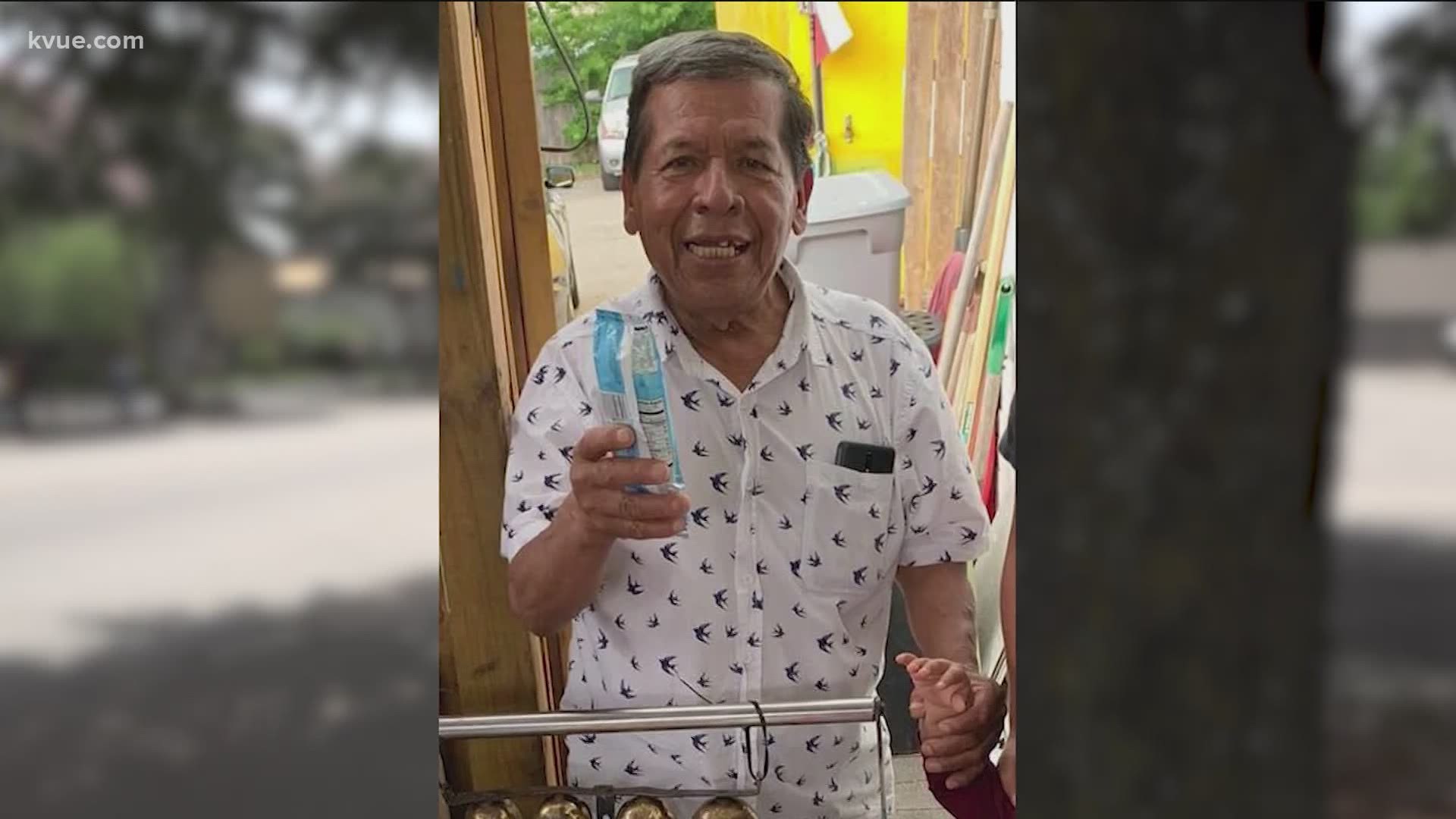 AUSTIN, Texas — Jennifer Bahena stood under a tree in front of her home Tuesday, sharing memories about her uncle. The tree is what her uncle always used for shade when sitting down after finishing his shift selling ice cream around the neighborhoods nearby.

Her uncle was 68-year-old Adelaido Bernabe Urias, who Austin police say was robbed and shot on the afternoon of June 23 at the Serena Park Apartments on Northgate Boulevard in North Austin. APD announced on July 2 that Urias died from his injuries.

Witnesses told APD that Urias was pushing his ice cream cart through the complex when three men confronted, robbed and shot him. Now, APD is trying to identify possible suspects.

Bahena told KVUE Tuesday that she doesn't understand why anyone would want to hurt her uncle.

“Me and my family want justice for him," Bahena said. "And we just want for those who know something to speak up and not be scared because he really didn’t deserve it.”

Inside Bahena's home is a collection of flowers, candles and pictures.

Austin police announced on July 8 a reward of $24,000 for information leading to an arrest in this case. LULAC pledged $10,000 to the reward. Austin Greater Crime Commission pledged another $10,000, the Austin Police Association pledged $500, Amigos En Azul pledged $500 and Austin Cops for Charities pledged $2,000. Crime Stoppers is offering a separate reward of $1,000.

TEA says it will ensure remote instruction is available to all; masks to be required at schools