This could impact hospitals, nursing homes, law enforcement and other first responders. 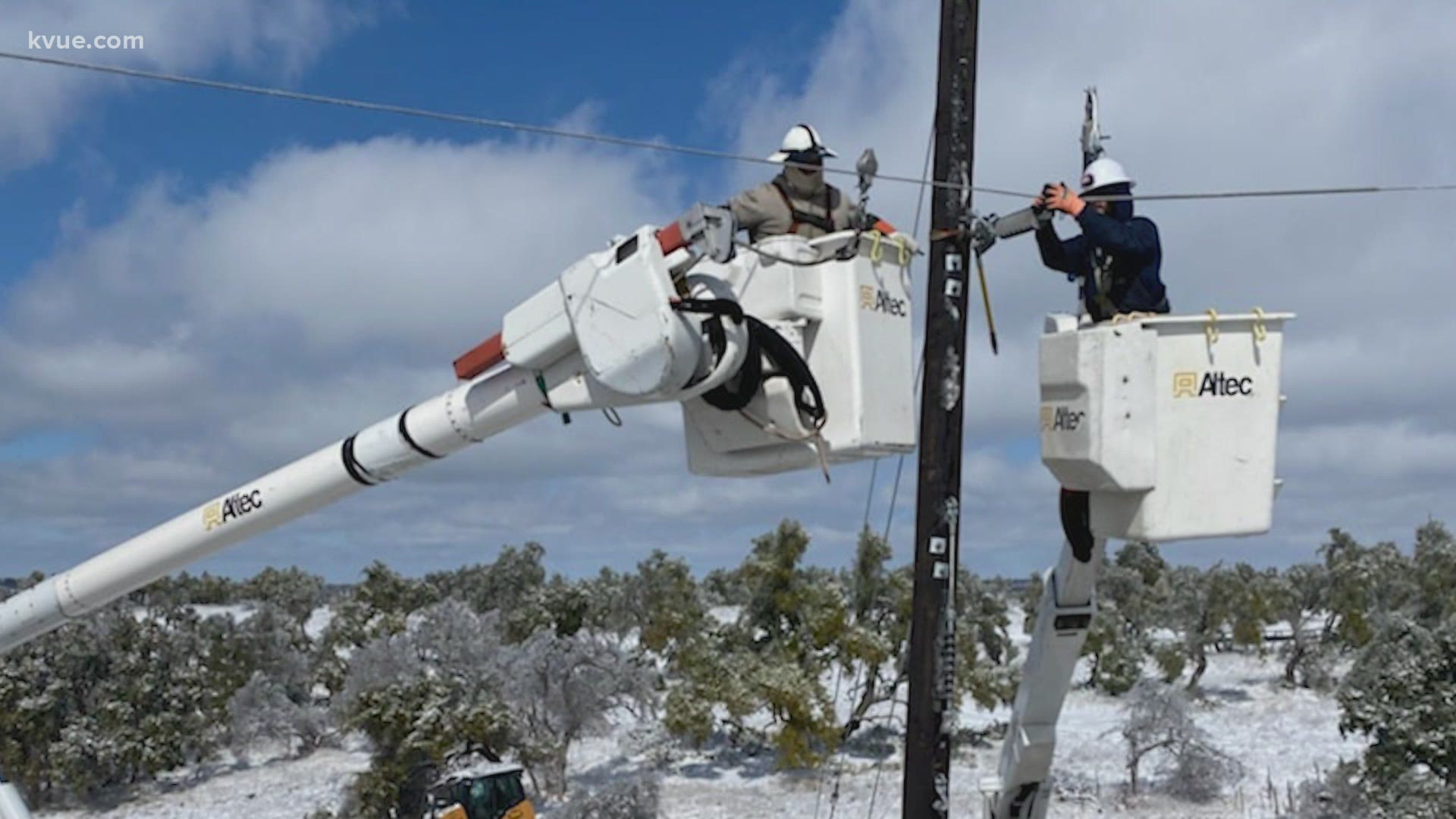 If power outages worsen and the energy supply dwindles across the region, Austin Energy says it may have to tap into circuits connected to critical infrastructure.

This could impact hospitals, nursing homes, law enforcement and other first responders.

"I am hoping that that won't happen, but I don't want to create a false sense of security because there is the potential that the entire grid will go down," Sargent said. "And if that were to occur, we would not be able to keep those circuits energized."

Sargent said they would only tap into those circuits as an "absolute" last resort.

BREAKING: Austin Energy general manager confirms that it is possible that the operation could have to tap into circuits that are connected to critical infrastructure, depending on state direction, and that the situation remains emergent.

Austin Energy said conditions were improving but stated that the situation remained "dynamic" and "changing throughout the day." Officials said customers should be prepared to be without power through at least Tuesday night.

During the press conference, Sargent said that ERCOT indicated that the energy emergency will continue until the electric grid has stabilized and more generating capacity is available to meet their statewide needs.

"We have reached out and been working with our large customers to get them to power down their facilities and start their backup generation," she said. "ERCOT conditions have improved somewhat during the day, going up and then back down, however, the combination of these two factors is allowing us to start restoring some of our customer's service."

Sargent said that restoring energy needs to be done slowly and diligently to avoid overloading and tripping the circuits.

"Turn off your devices and appliances," Sargent said. "Unplug things, because if all of this energy-consuming equipment/devices are plugged in and we energize the circuit, there's a surge and that creates problems for us."

List of Central Texas school delays, cancellations due to weather

Why Downtown Austin has power, while neighboring areas remain in the dark