The ATCEMS union president said that with gun laws loosened and more people wanting to get out after the COVID-19 lockdown, more resources are needed. 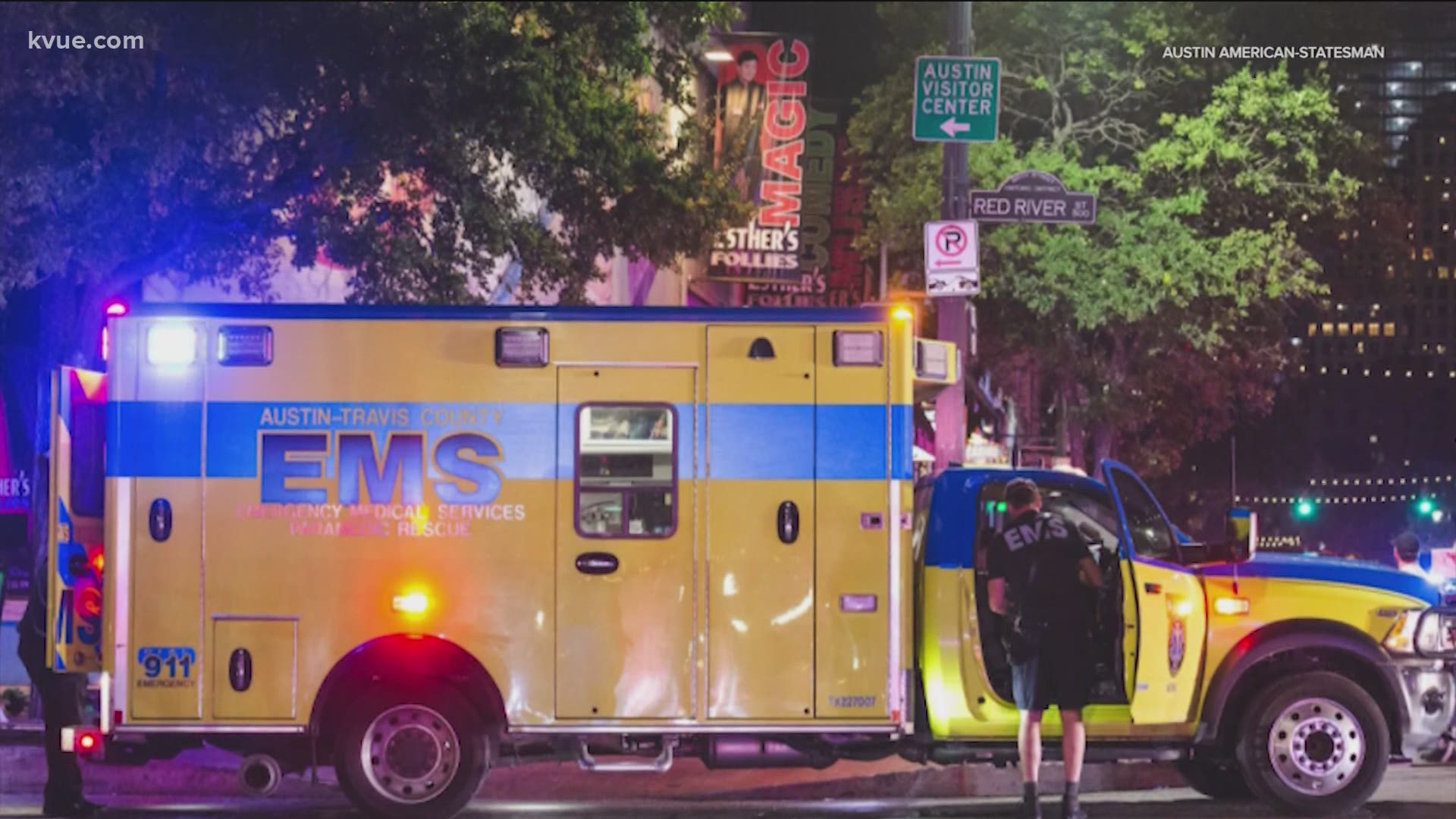 The union president said their response would have been faster with a unit stationed downtown.

"We have seven patients," first responder audio said. "We have one CPR in progress. We need an ambulance up here. We are about to load them up in a cop car otherwise."

"At this point, we believe all patients are being transported by APD officers," the audio continued.

ATCEMS said it was difficult to get to the victims because they had to maneuver around barricades that closed off Sixth Street and corralled the large chaotic crowds.

To act fast, the APD said officers transported six victims in their patrol units to the hospital. Once EMS arrived, crews took four victims and the other four found their own way. There were 14 victims in total, and one person has died from his injuries.

The ATCEMS union president said that should have never happened.

"Honestly, that should never be the case," said Selena Xie. "It's a very short distance, but EMS should always be treating and triaging and giving the hospitals the most vital information about all the patients. So our goal is to figure out a way to make it so that medics can safely access patients on the street at night and be able to take them to the hospital."

Xie said medics have been asking the City to set aside funds for the rescue task force to work downtown on the weekend nights. The force is typically only used during big events like SXSW.

The specialized group of paramedics, firefighters and police would have smaller transportation and be stationed in various areas to respond rapidly to active shooter events.

Xie said with gun laws loosened and more people wanting to get out after the COVID-19 lockdown, it's needed more than ever.

"Right now, if I'm working downtown and there is a violent situation, I'm not allowed to go into that scene until we know that it's safe," Xie said. "But if we have a specialized force that works together that knows exactly what to do, then we can provide life-saving treatment much quicker."

Xie said EMS is also battling a staff shortage due to the pressure applied by the pandemic and the winter storm. As a result, they are 100 medics short of the 600 they are supposed to have.

Xie said the department is scraping by with eight medics per ambulance when they need 12. With unusual disasters continuing to happen, she fears the outcome will be worse.