Mandatory and voluntary evacuations have been issued after an explosion at a gas plant northeast of Bellville, TX. There were no injuries, however, says the sheriff's office. 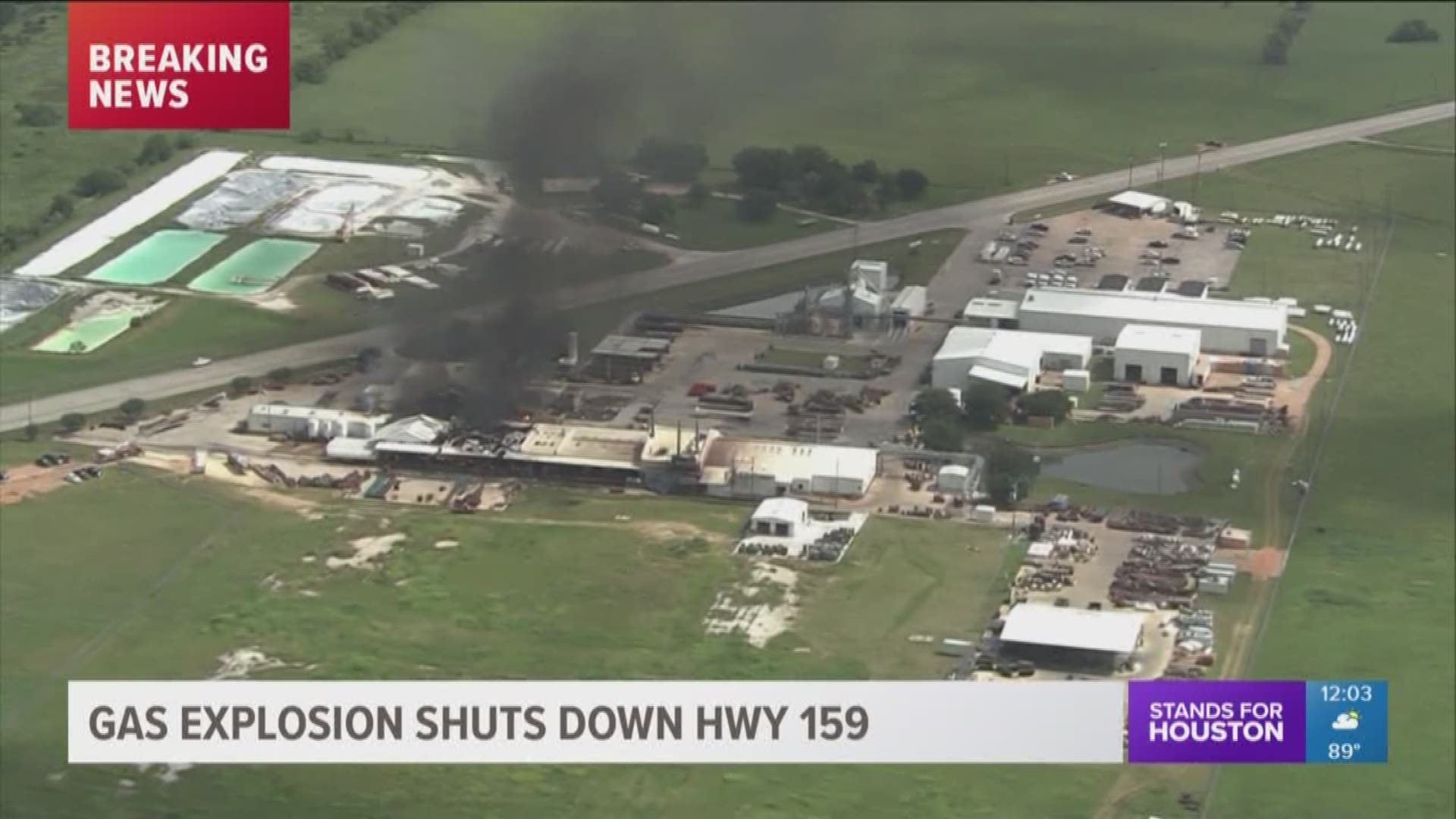 AUSTIN COUNTY, Texas -- Residents and businesses near Western International Gas in Bellville were ordered to evacuate after explosions were reported at the facility early Tuesday.

The Austin County Sheriff's Office says a mandatory evacuation is in effect in a mile radius around the plant. A voluntary evacuation was issued for up to two miles away.

Residents told KHOU 11 they heard at least two explosions at the plant around 7 a.m. The highway was closed in both directions.

Additional help was brought in from neighboring counties and DPS troopers statewide.

Witness video showed smoke rising from a building at the facility. According to the sheriff's office, there were no injuries at the plant.

Air 11 showed the roof of the building had collapsed.

The facility is located about 60 miles northwest of Houston.