Vern Roberts says he was stung about 600 times when he was mowing his yard. 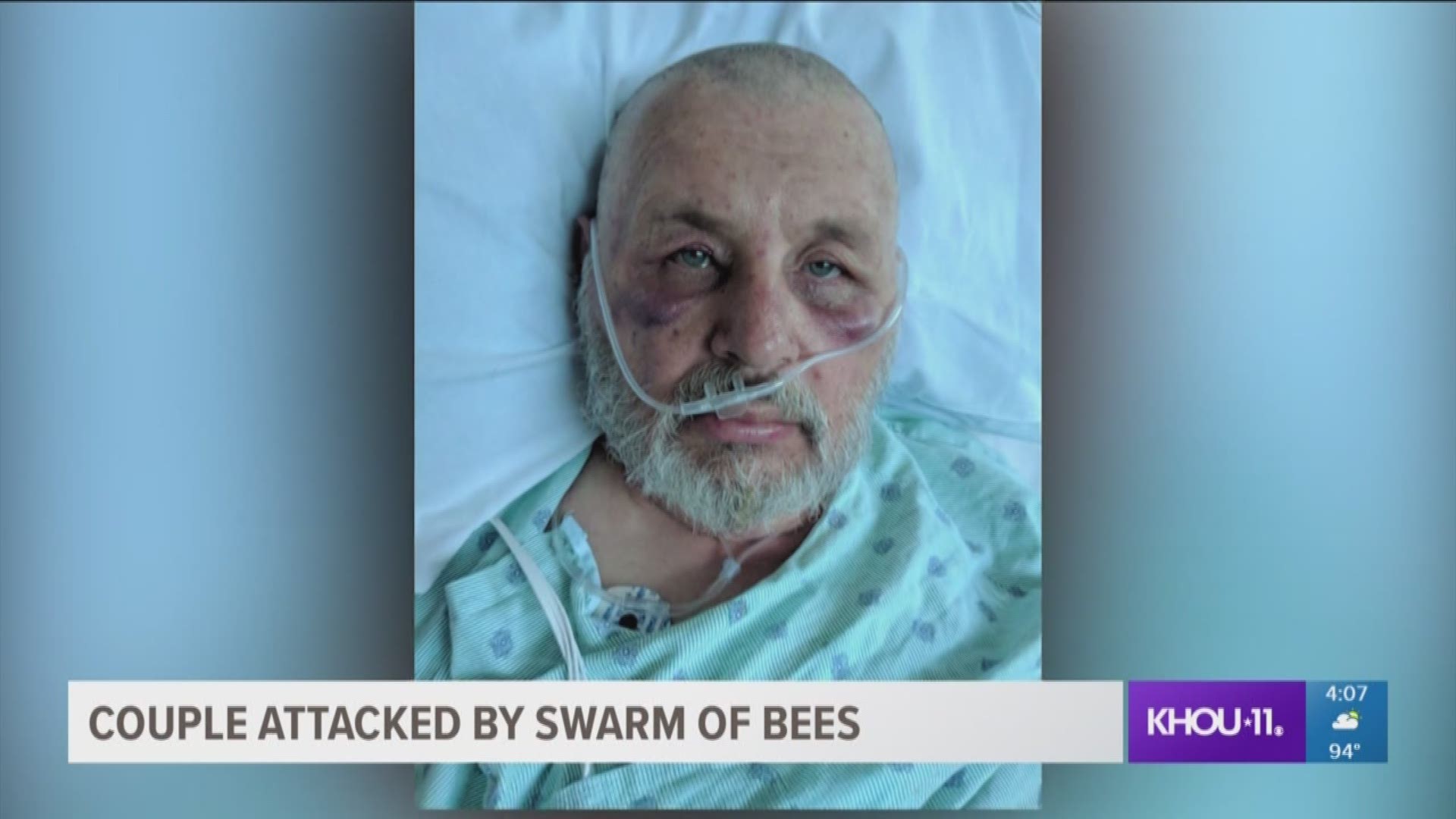 WALLIS, Texas - A husband and wife are counting their blessings after being attacked by Africanized bees at their home in Wallis, west of Houston in Austin County.

It happened last week when Vern Roberts was mowing his yard. He said the bees attacked and wouldn’t stop.

Roberts says he was stung about 600 times. Roberts' body is peppered with the marks. The bees stung him all over his body, even in his mouth and down his throat.

"I tried to get away. It was starting to overwhelm me. I tried to 'stop, drop and roll’, did all kinds of ‘protect me things,’ but it kept overwhelming and basically knocking me down," he said. "I would stagger and fall and flop around, all sorts of things."

His wife Mary heard him screaming and was stung more than 60 times trying to rescue him and get him back inside the home.

She called 911, but getting help was not easy. Once paramedics arrived, they couldn’t get out of the ambulance because the property was swarming with bees. Vern Roberts had to walk outside the house to get to them, getting stung even more. Once inside the ambulance, the paramedics had to fight off the bees as they struggled to keep him alive.

The couple is thanking all the paramedics and doctors who helped them and are praising the power of prayer.