Brother Rodney Floyd and nephew Brandon Williams say it's good news for their family and others impacted by police brutality. 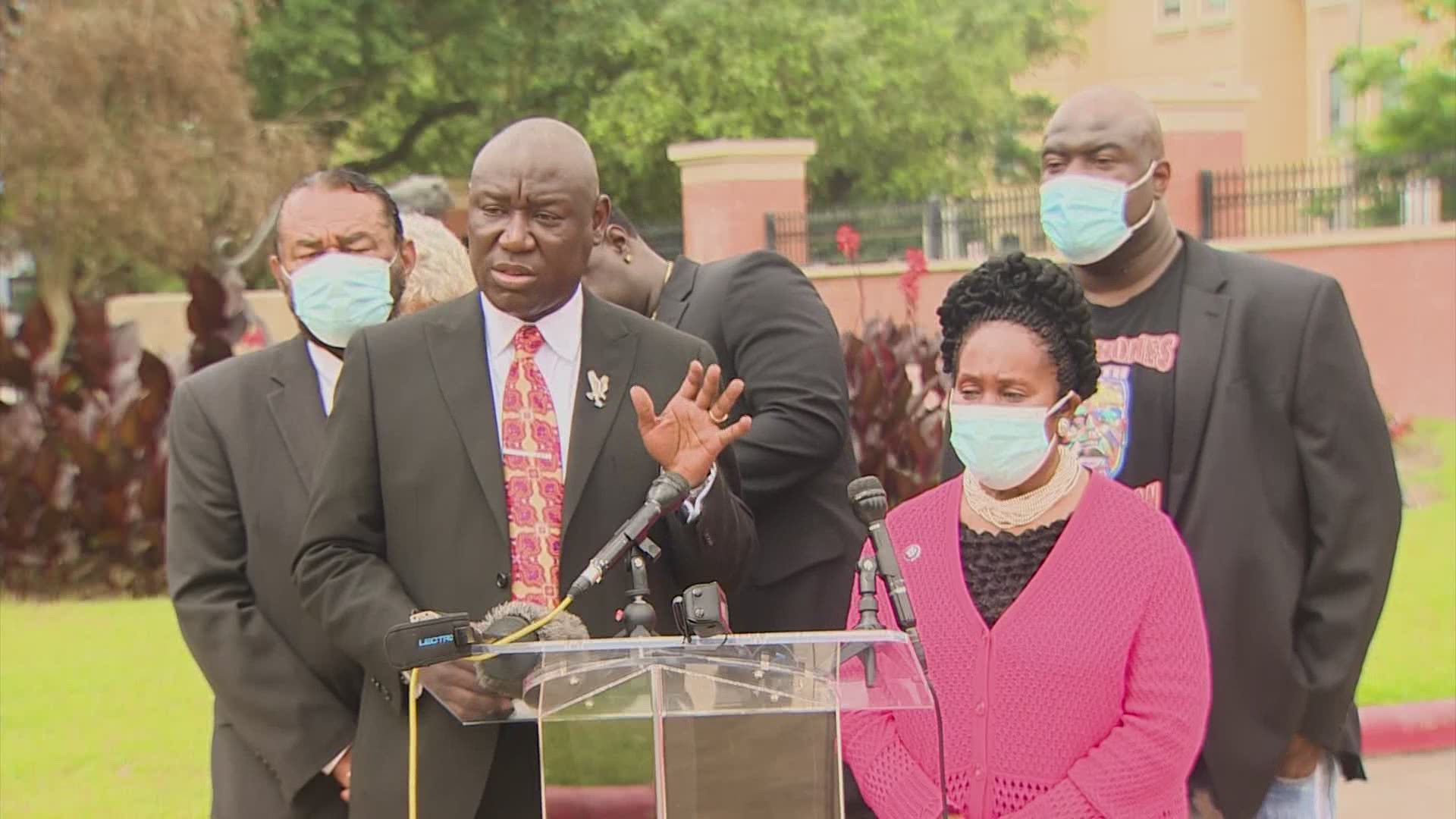 According to the indictments unsealed Friday, the men are accused of violating Floyd's constitutional rights as he was restrained face-down on the pavement and gasping for air. They're also accused of failing to provide Floyd with medical care.

"We received a phone call from the attorney general," brother Rodney Floyd said about the family's conversation with Minnesota Attorney Gen. Keith Ellison. "You can hear the sincerity in his voice. You can tell he was very moved by my brother's death and the misconduct of these officers."

Rodney Floyd emphasized while his family is overjoyed by the news, the indictments have an impact on every family that has lost a loved one to police brutality or misconduct.

"No family should go through what we went through. It's unacceptable. When is it going to stop? But this gives us hope," nephew Brandon Williams. "This let's us know that there is change on the way if we keep pressing and mashing the gas for people in leadership to pass laws."

Williams went on to say the color of your skin shouldn't dictate how you are policed when you're in police custody.

"When you think about this indictment— the message this sends to other marginalized minorities, who have been denied their due process and that they were denied their day in court," Crump said as they addressed reporters at Texas Southern University.

George Floyd and his siblings grew up across the street from the university campus in Third Ward.

Crump made mention to the deaths of Breonna Taylor, Eric Garner, Trayvon Martin, Tamir Rice and others. Besides the Floyds, Crump represents other Houston-area families impacted by police violence like the relatives of Pamela Turner and Joshua Feast.

"It means that the Department of Justice is harking back to the historical times when it was only the federal intervention that would give marginalized people, especially Black people, protection that their rights will be respected," Crump said.

Jackson Lee, who for decades has been a voice for the families that have fallen victim to police brutality, hopes the indictments will be a pathway to legislative change in the state and federal government.

"This will go through the same process of the state system, you have an indictment," Jackson Lee said. "There will be a trial before a federal judge, and they will have to subjugate themselves to a jury, and or a judge trial— tried by the most powerful law firm in the nation, the Department of Justice."

Jackson Lee added that the federal government hasn't been involved in these types of cases in a long time, likely the Civil Rights movement of the 1960s.

Derek Chauvin, Thomas Lane, J. Alexander Kueng and Tou Thao are all named on the three-count indictment. Chauvin, who has already been convicted in Floyd's death, Thao and Kueng are charged with unreasonable seizure and excessive force violations.

Lane, Kueng and Thao are out on bond after their first appearance Friday in a federal court. The three are scheduled to face a state trial in August.

Chauvin is currently being held in a maximum-security prison as he awaits sentencing for murder and manslaughter convictions in Floyd's death. His attorney recently filed a motion for a retrial, citing multiple reasons including jury misconduct.

He also faces a second indictment related to the 2017 arrest of a 14-year-old boy. Court documents allege Chauvin kneeled on the teen's neck and back while the child was handcuffed and not resisting. He's accused of striking the child in the head with a flashlight multiple times.