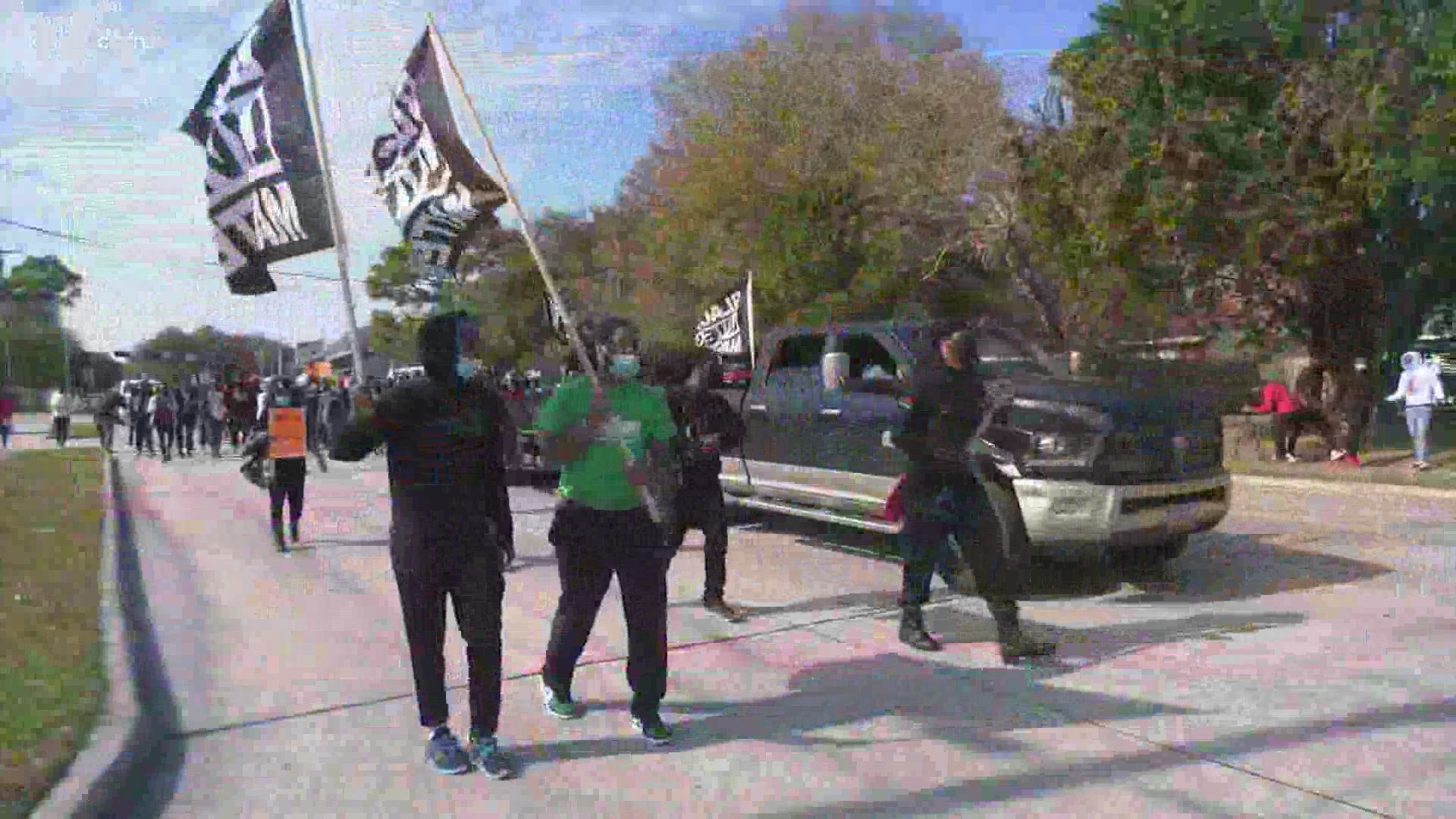 HOUSTON — Joshua Feast is a name that continues to be cried out through the streets of La Marque, where protestors are demanding justice for the young Black man shot and killed while running away from a police officer.

It’s been a month since the shooting, which is being investigated by the Galveston County Sheriff’s Office, and his mother Lakisha Feast is still looking for answers. In the crowd is the family’s attorney Ben Crump, who has represented the families of Trayvon Martin and George Floyd.

Crump said the Capitol riot, which sparked bi-partisan outrage and resulted in the resignation of the Capitol police chief, demonstrates a double standard against Black Americans regarding law enforcement.

He alluded to the point the "attacking" rioters, who were predominately white Americans, presented a clear threat but were not met with lethal police response.

The city of La Marque released bodycam footage from the night Feast was shot.

Police said Feast was a person of interest in several recent shootings and Santos was sent out to positively identify and possibly arrest him after reports Feast was seen outside a neighborhood home on Dec. 9.

When Santos arrived, according to investigators, he saw someone he believed to be Feast leaning into the passenger side of a vehicle. Bodycam footage shows Santos quickly exit his patrol car, pull out his gun and fire at Feast as he appears to be running away.

“Joshua wasn’t attacking the police, he was running away, he posed no violence or danger,” Crump said. “It’s almost like a cliché in America that they shoot Black men in the back.”