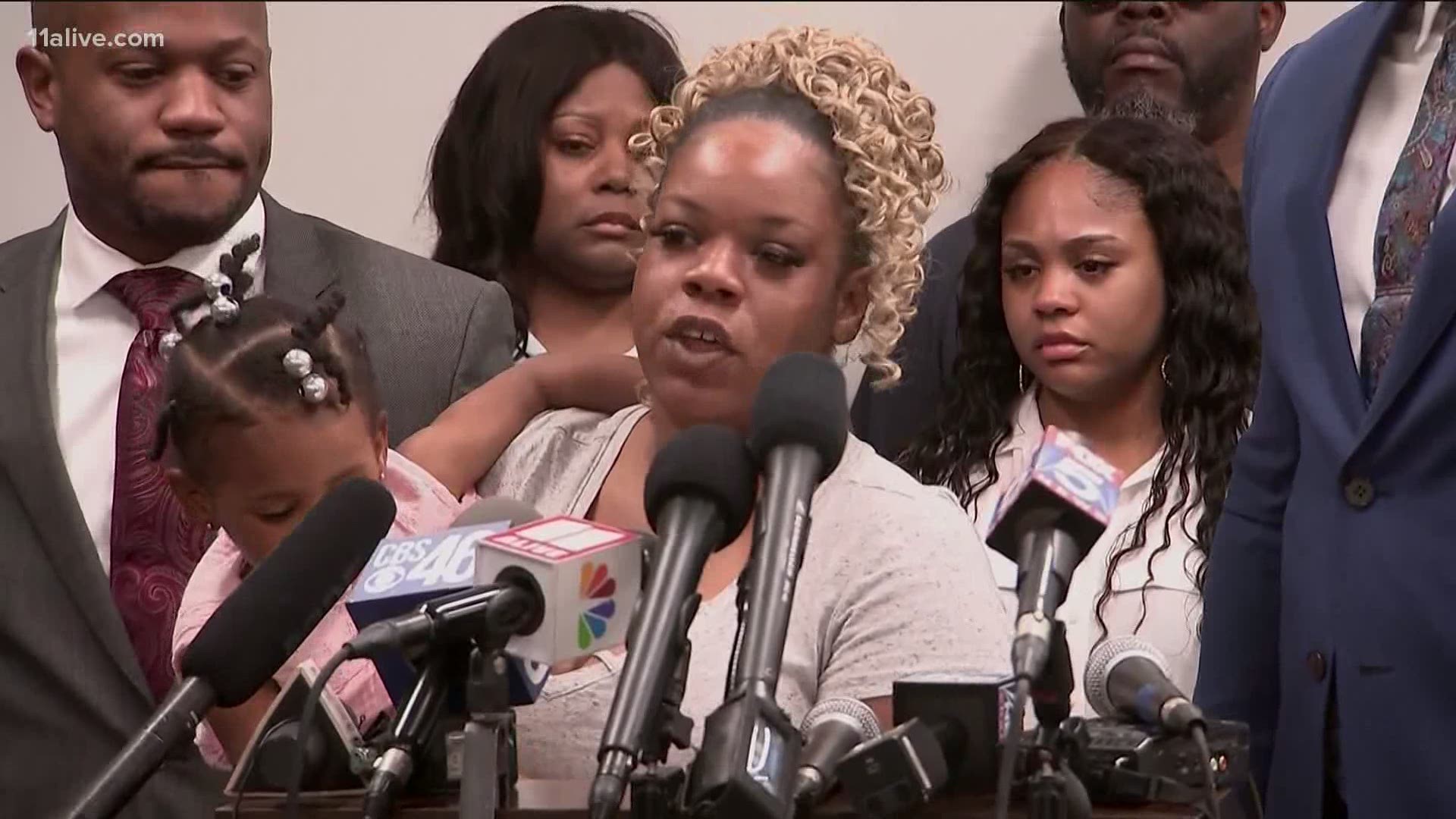 ATLANTA — Mayor Keisha Lance Bottoms teared up as she spoke about the shooting of Rayshard Brooks during a Monday afternoon press conference.

"It pissed me off, it makes me sad, and I'm frustrated," she said. "And nothing I'm going to do is going to change what happened on Friday."

Mayor Bottoms spoke at length about the shooting of Brooks and how she had seen some of her own family members in similar situations - adding that it didn't have to end with him dead.

"I would venture to say when I saw him run, if you all haven't watched the entirety of that bodycam video, he talked about his daughter's birthday," Bottoms said. "And the first thing I thought when he ran was that he probably didn't want to be locked up over the weekend."

"And I know that, because I've had family members in that position," she added. "They get locked up on the wrong day for something stupid."

Brooks' shooting has also led the way to changes to be expedited in the department, Mayor Bottoms said.

"The task force on policing convened last week, then we had the shooting of Brooks," she said. "The committee continues to work but it is clear we do not have another minute, day or hour to waste. And, so, I am signing some administrative orders calling on our COO to coordinate with our interim chief to come up with reforms on use-of-force policy."

She is also demanding more de-escalation training so use-of-force isn't required in the first place. Officers will also have a duty to intervene if they see another officer using force inappropriately under her new order.

However, Mayor Bottomsalso called for an end to some of the actions that have occurred during the protests, including the burning down of the Wendy's where the shooting happened.

I'm frustrated, but there has to be another way," she said. "We saw it with the Civil Rights Movement. It did not happen by burning down our own community and cities."

She added that the burning and damage won't bring change but "will eclipse what this is all about."

In the case of the Wendy's, she said that it only accomplished removing one of the few fast-food locations in the area and a business that employs 40 people.

"My anger and frustration matches theirs," she said. "The difference, I am using my bully pulpit as mayor for long-lasting change."

Following the death of George Floyd on May 25 in Minneapolis, public safety and policing, in general, has been in the spotlight nationwide.

Protests erupted all around the world after Floyd's death, including right here in Atlanta. During a protest on May 30, two college students were pulled from their vehicle and tased. Six officers, in that case, have been criminally charged and four were terminated.

Another incident caught on camera shows an officer bodyslamming a protester who said she was in the process of leaving Lenox Square while moving a barricade. Critics have this incident, which led to the woman's collarbone being broken, as another example of police brutality.

Three weeks after Floyd's death, on June 12, Rayshard Brooks got in a scuffle with an Atlanta police officer during a DUI stop at Wendy's in southeast Atlanta and was shot and killed after taking the police Taser and aiming it at an officer. One officer was fired and another was placed on administrative leave while the Georgia Bureau of Investigation handles the case. The attorney for Brooks' family is calling for the officers to be charged.

One day after Brooks' death, Mayor Bottoms announced that Chief Erika Shields has agreed to step down as the chief and take another role that is still "to be determined."

"For more than two decades, I have served alongside some of the finest women and men in the Atlanta Police Department," Shields wrote in a statement released later on Saturday afternoon. "Out of a deep and abiding love for this City and this department, I offered to step aside as police chief. APD has my full support, and Mayor Bottoms has my support on the future direction of this department. I have faith in the Mayor, and it is time for the city to move forward and build trust between law enforcement and the communities they serve."

Shields has been taking complaints from both police and protesters in recent weeks following aggressive arrests by Atlanta officers that were caught on video.

Mayor Bottoms said that a search will soon begin for a replacement. However, in the interim, Rodney Bryant, who currently serves as the police department's corrections chief, will fill the role. Bryant has been with the department since 1989.

Police reform? Here's what happened in another department

What do we know about Atlanta's interim police chief?

Bottoms on defunding police: Matter of 'reallocating funds' which Atlanta is 'ahead of the curve' on