"It did not hurt that much," says Lawrence Waldron of the moment his bicep tore off his tendon. "It just made a loud popping noise and I knew something was wrong." 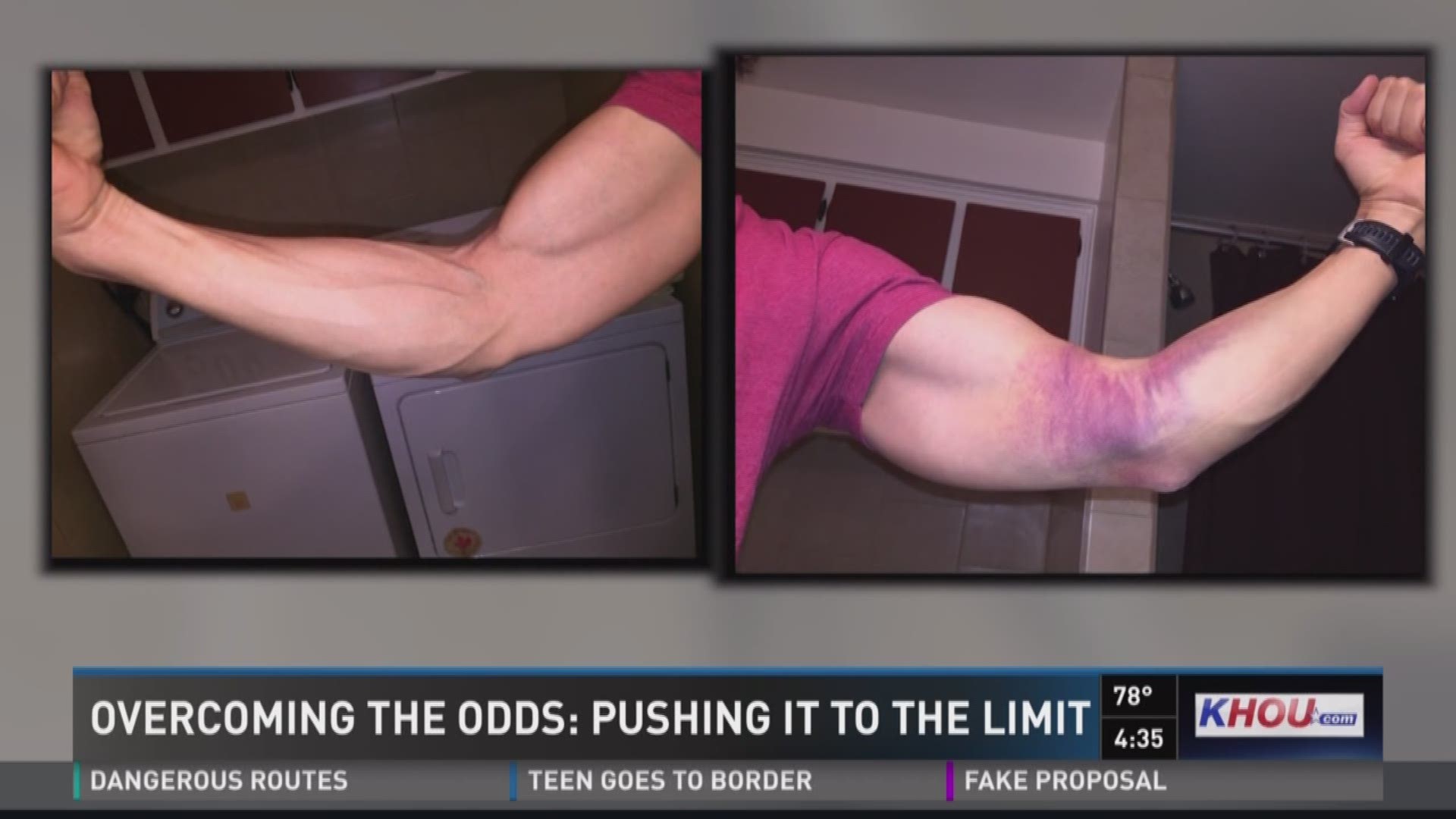 HOUSTON - The annual Ironman 70.3 Texas is happening in Galveston this weekend. More than 3,000 people will push their bodies in what many consider the ultimate triathlon.

But before Lawrence Waldron got to the starting line, the now 47-year-old was pushed to his limits.

It was March 2017, Waldron, a veteran Ironman competitor, was doing strength training at his home gym.

Cellphone video shows the footage as Waldon grips a pull up bar with both hands, he then tucks his body into a ball and carefully wraps his legs over the bar.

Seconds later, the video captures the sound as his left bicep snaps before he drops to the ground.

"It did not hurt that much, you know," said Waldron. But Dr. James Gregory, an Orthopedic Surgeon at Memorial Hermann, says the injury is painful.

"Time is of the essence," said Dr. Gregory. "So if we get back to the rubber band analogy, if it kind of snaps and pulls back, when we do surgery, we need to pull it back and attach it where it needs to go."

Had Waldron waited a few days to see a doctor, and had his surgery been scheduled a few weeks later, the outcome would have been different.

Dr. Gregory says it's because it would have been more difficult to stretch the muscle back into its place.

"It used to be, after surgery you’d have to have your arm immobilized, to help protect it while it heals," said Gregory. "Now, with the latest techniques we’re using to repair these bicep ruptures, we allow people to start moving their arm right away, and that helps them get their mobility back much quicker, and eventually get their truck back much quicker."

A year later, Waldron is back on the training course as he prepares for Sunday's Ironman in Galveston.