Deputies said the scene started out as a hit-and-run involving a man and woman walking the 1500 block of Beaumont Highway. 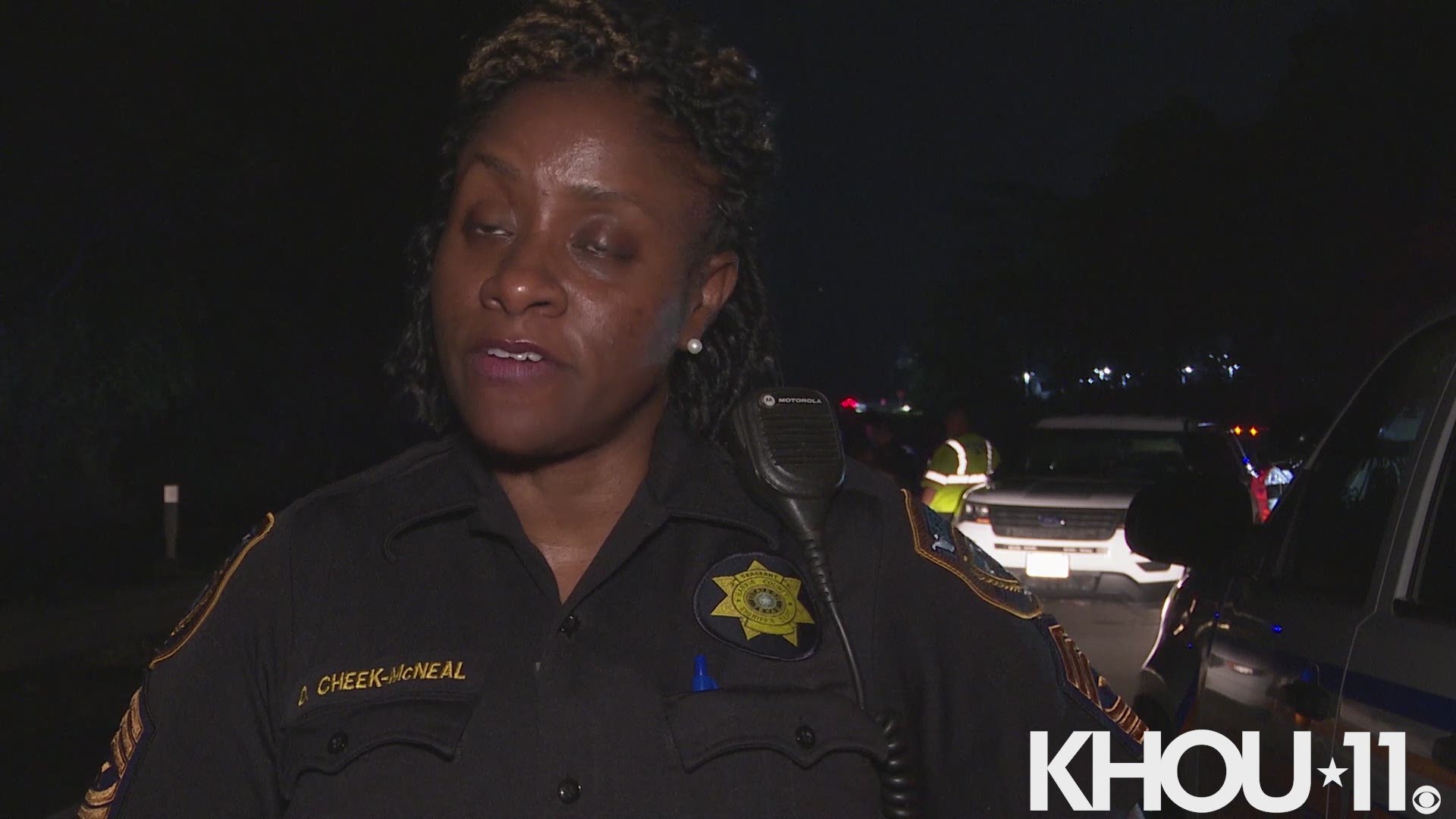 CROSBY, Texas — At least four people were taken to the hospital overnight Sunday after a chain-reaction crash in Crosby.

Harris County deputies said the scene started out as a hit-and-run involving a 58-year-old man and 42-year-old woman who were walking along Beaumont Highway in the 1500 block.

The impact of the crash caused the two to fly into a ditch, but luckily they were both well enough to get up and walk back up to the highway to flag down cars for help.

A woman, her husband and their three children who were in a green Chevy pickup truck spotted the man and woman and stopped to help. While they were parked, they were struck from behind by a woman driving a Dodge Dart, deputies said.

The impact of that crash caused the Dodge to enter the other side of the roadway where it was struck by a vehicle.

Emergency crews arrived on scene and took the man and woman who were hit by the unknown vehicle to Memorial Hermann Hospital by Life Flight.

At least two other people were taken to the hospital by ambulance, police confirmed.

Luckily, everyone involved is expected to survive.

This scene is still under investigation while deputies gather information to figure out the vehicle involved in the hit-and-run.