"Our hearts are with the Astroworld Festival family tonight — especially those we lost and their loved ones," one statement read in part. 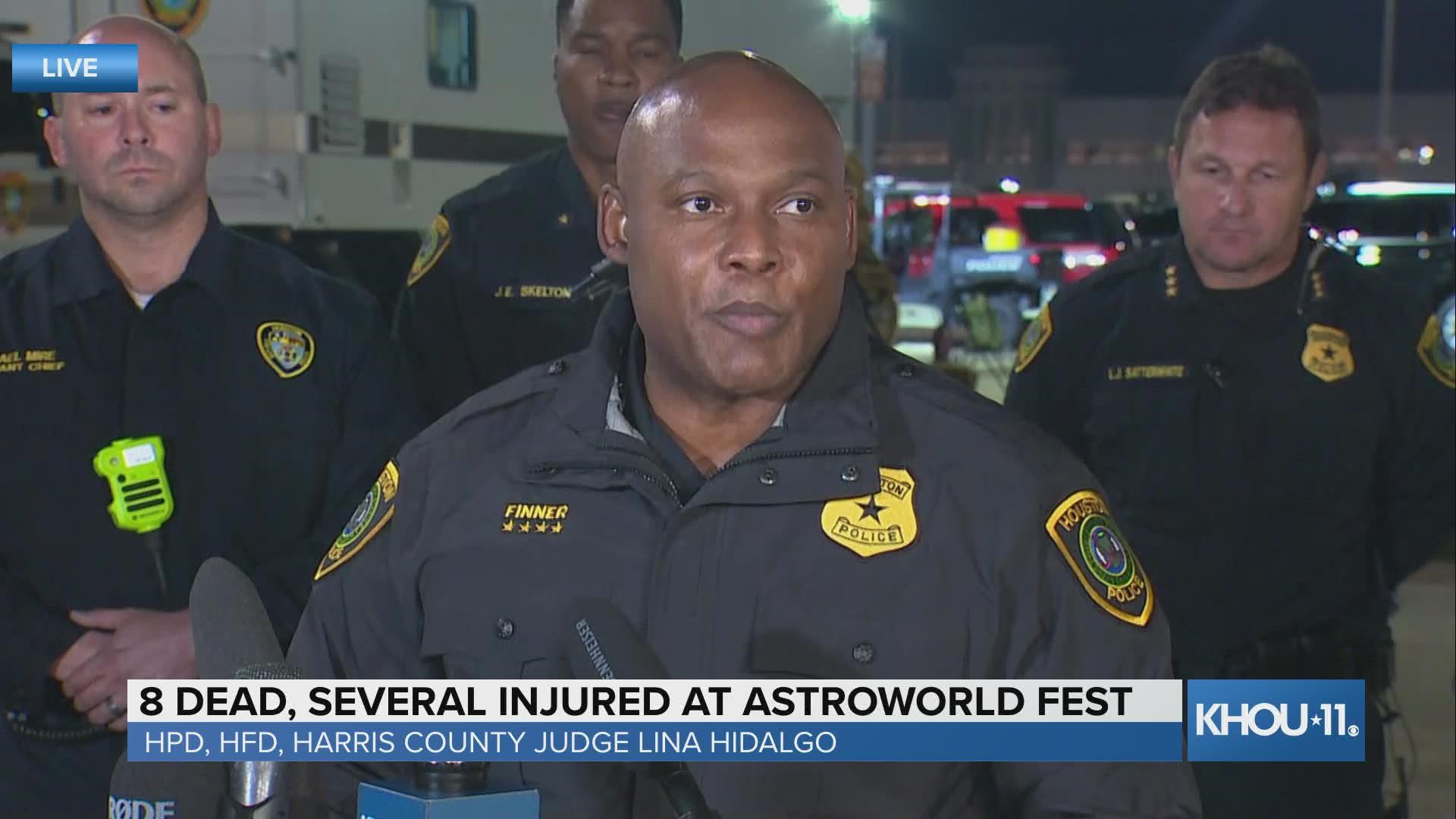 HOUSTON — Live Nation and Astroworld Festival have released official statements after at least eight people were killed and many others were injured during the event's first night on Friday.

"Heartbroken for those lost and impacted at Astroworld last night. We will continue working to provide as much information and assistance as possible to the local authorities as they investigate the situation," Live Nation, which is the promoter and ticket seller for the festival, said in a brief statement.

"Our hearts are with the Astroworld Festival family tonight — especially those we lost and their loved ones.

We are focused on supporting local officials however we can. With that in mind, the festival will no longer be held on Saturday."

As authorities mentioned in their press conference earlier, they are looking into the series of cardiac arrests that took place. If you have any relevant information on this. Please reach out to @HoustonPolice.

Thank you to our partners at the Houston Police Department, Fire Department, And NRG Park for their response and support."

NRG Park, the site of Astroworld Festival, released the following statement Saturday afternoon in regards to the tragic incident.

"We are deeply saddened by the heartbreaking loss of life and the pain experienced by all those impacted by this tragedy. We are fully cooperating and working closely with police and local authorities as they investigate how this tragedy occurred at the Astroworld Festival."

At least eight people died and several were injured during mass chaos at the Travis Scott concert at the Astroworld Festival in Houston Friday night,  Fire Chief Samuel Pena confirmed.

He said about two dozen people were rushed to Houston hospitals and at least 11 of them were in cardiac arrest when they were transported.

They are working to identify the victims who died and families are asked to go to the Wyndham Hotel at 8686 Kirby if their loved ones are missing. HPD and HFD personnel and counselors are there to assist them.

The Houston Office of Emergency Management also posted phone numbers for those who haven't heard from a loved one who was at the festival. Please call 311 or 713-837-0311.

RELATED: Command post, phone numbers set up for families of those who haven't heard from Astroworld Festival attendees