The caterpillars pack a painful sting if their venomous hairs stick into your skin if they rub against you. 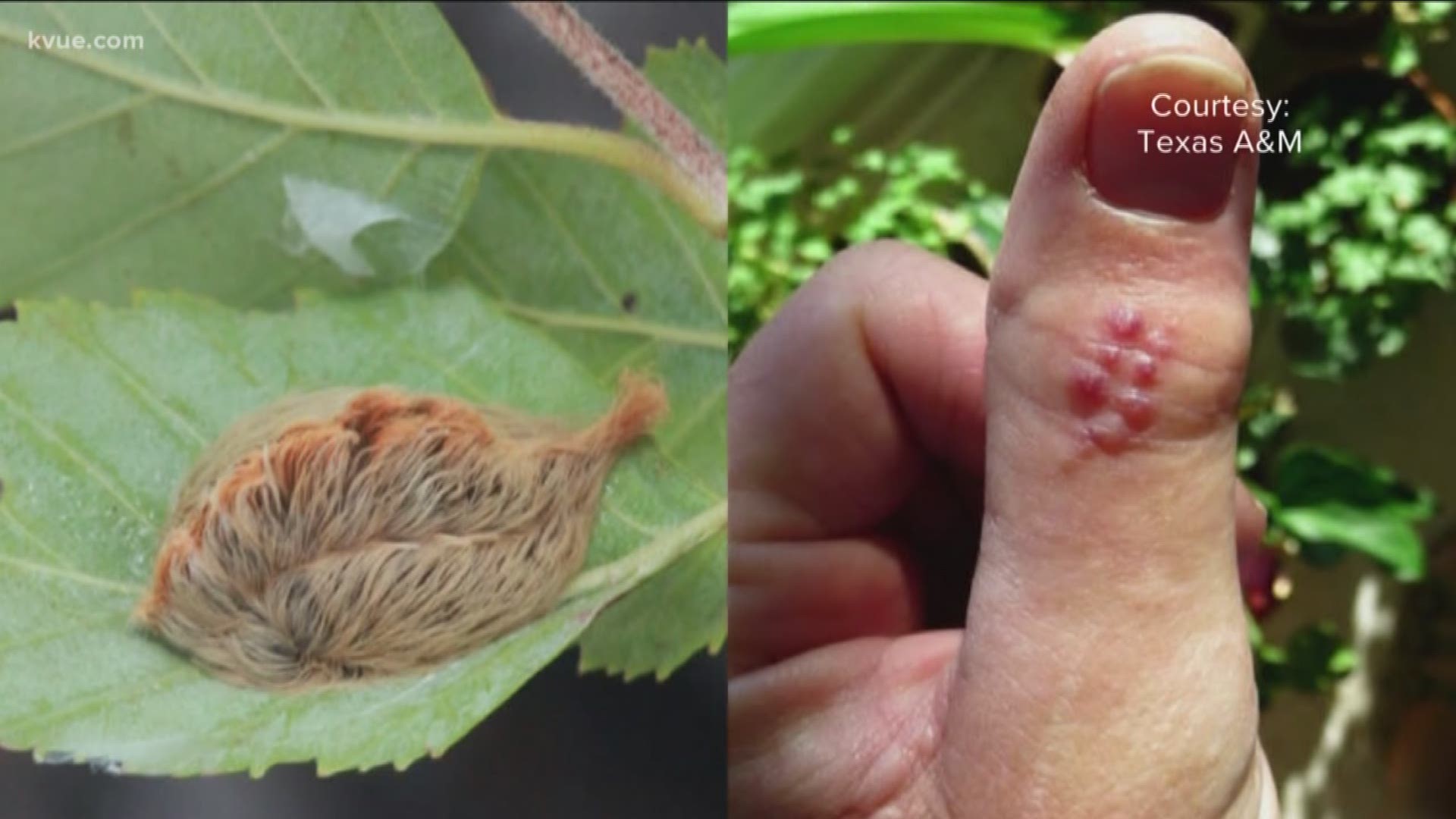 HOUSTON — It’s that time of year when those fuzzy caterpillars can be seen in the area. Remember, though: they may look cute, but they pack a very painful sting.

The caterpillars, often referred to as “asps,” are clothed with fine hairs and venomous spines, according to Michael Merchant, Ph.D., professor and extension urban entomologist, Texas AgriLife Extension Service.

Asps tend to infest shade trees and shrubbery around homes, schools, and in parks.

While they may not do much damage to trees, they do pack a painful sting if their venomous hairs stick into your skin if they rub against you. It can cause a severe burning sensation and rash.

Merchant said the caterpillars tend to be more common in the fall.

According to the Texas A&M AgriLife Extension, to treat an asp sting:

An ice pack should be applied to the site of the sting.

Oral antihistamines can be administered to help relieve the itching and burning sensations.

For caterpillars with stout spines, try carefully applying cellophane tape to, and stripping it from, the sting site to remove the irritating spines.

If you have an allergic reaction, see a physician immediately. Eye injuries should also be referred to a specialist immediately.

Texas A&M AgriLife Extension said asps can be controlled when they become abundant by spraying with a residual pesticide such as permethrin, cyfluthrin or similar sprays labeled for control of caterpillars on ornamental plants.

They added the best solution may be just educating people on what the caterpillars are, and the importance of not touching with bare hands.