Asbestos warning for Port Neches: What it is and why the cancer-causing fiber is so widespread

Jefferson County authorities are warning residents near the TPC plant to be on the lookout for asbestos, a cancer causing material. This after multiple explosions. 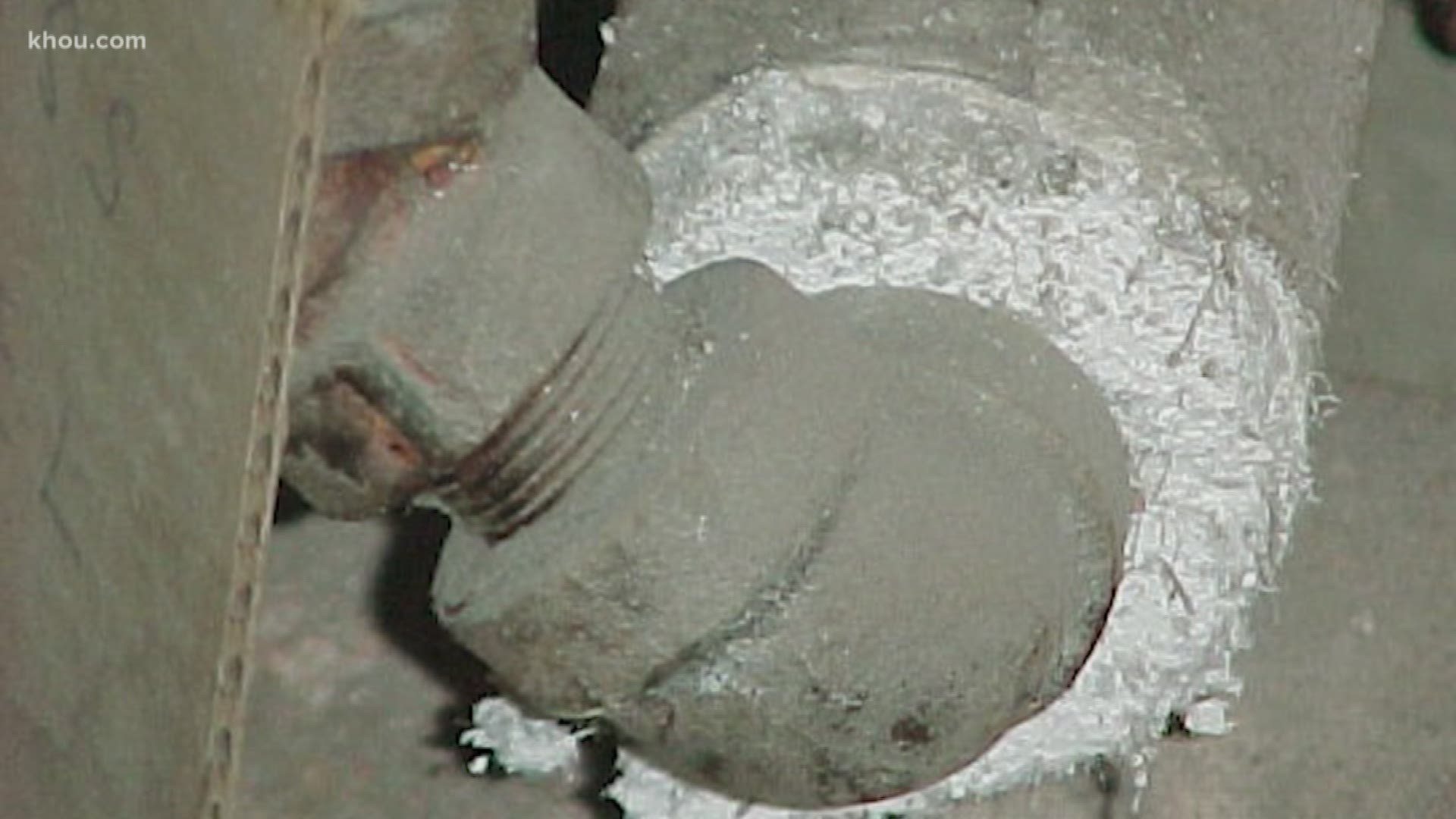 PORT NECHES, Texas — On Friday the evacuation order was lifted for the areas surrounding the TPC plant, however, officials warned residents to be on the lookout for a cancer-causing material that may have been spread during the explosions.

Jefferson County Judge Jeff Branick warned residents about the potential that asbestos could show up in the surrounding area.

Asbestos can cause lung cancer, mesothelioma and other health issues.

The material is found in homes and buildings across the United States. Because of its fiber strength and heat resistance, asbestos was often used as insulation, pipe coverings, roof shingles, textured paints even paper products. The EPA says between 1900 and 1980, some 30 million tons of it was used.

This was before it was known to be dangerous. In 1989, there was a partial ban put in place prohibiting the use of asbestos in new materials. However, there is no law that requires it be removed from existing establishments, if it’s not exposed, that is. This includes homes, businesses and even schools.

The material becomes dangerous when it’s disturbed, and fibers are released into the air. Small fibers can stay in air for a long time and be carried long distances before settling. Larger fibers tend to travel a shorter distance.

Asbestos can be disturbed by renovations, floods and in the Port Neches case, an explosion. According to Branick, there is asbestos in the TPC plant which was built in the 1940s.

Asbestos should only be handled by those trained to do so. Anyone who comes in contact with it in relation to the TPC fire should call the TPC Hotline, (866) 601-5880.

For those outside the TPC area who have concerns about asbestos, contact the EPA’s Asbestos Abatement/Management Ombudsman, 1-800-368-5888.