The mural, which is located in East Austin, shows Beto O'Rourke in a Superman-inspired pose with a Texas flag waving in the background. 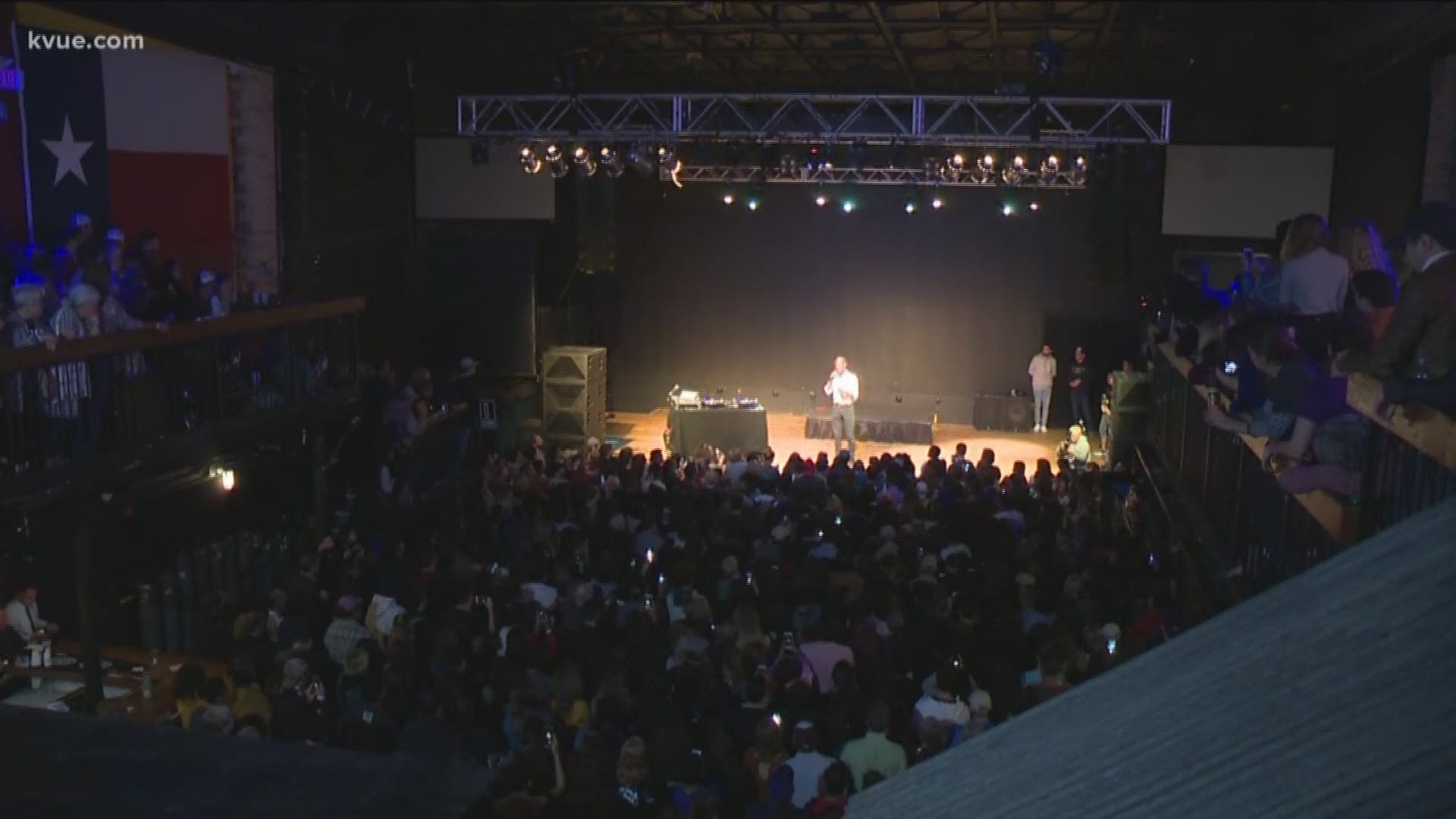 AUSTIN — In less than two weeks we will find out who comes out on top in the U.S. Texas Senate race between Sen. Ted Cruz and Beto O'Rourke.

With the short amount of time left, Cruz and O'Rourke are still campaigning to bring in as many votes as possible before the November election.

As Election Day approaches, an Austin artist used his talents to create a mural of the El Paso Congressman in East Austin to show his support for the Democratic candidate. It even caught the attention of O'Rourke himself.

Artist Chris Rogers shared on Instagram he even got a chance to meet O'Rourke and said that the Democratic candidate thought the mural was "one of the coolest things he's seen." The mural shows O'Rourke in a Superman-inspired pose with a Texas flag waving in the background.

“It was all a dream!” I Got to meet @betoorourke today in east Austin, just a few blocks from the mural I painted of him. He said it’s one of the coolest things he’s seen. Mad respect 🙏🏽💯 #chrisrogersart #betofortexas #atx #mural #art#betoforsenate

Early voting in Central Texas? Here is a list of places to cast your vote.

If you'd like to take a look at this Superman-inspired mural yourself, it is located near Waller Street and East Cesar Chavez Street.

Don't forget to vote to let your voice be heard. Early voting will end on Nov. 2. Election Day is Nov. 6. For information on where you can vote in Central Texas, click here.