Six bicyclists were transported to the hospital. Four of them were in critical condition and the suspect is critical but stable, authorities said. 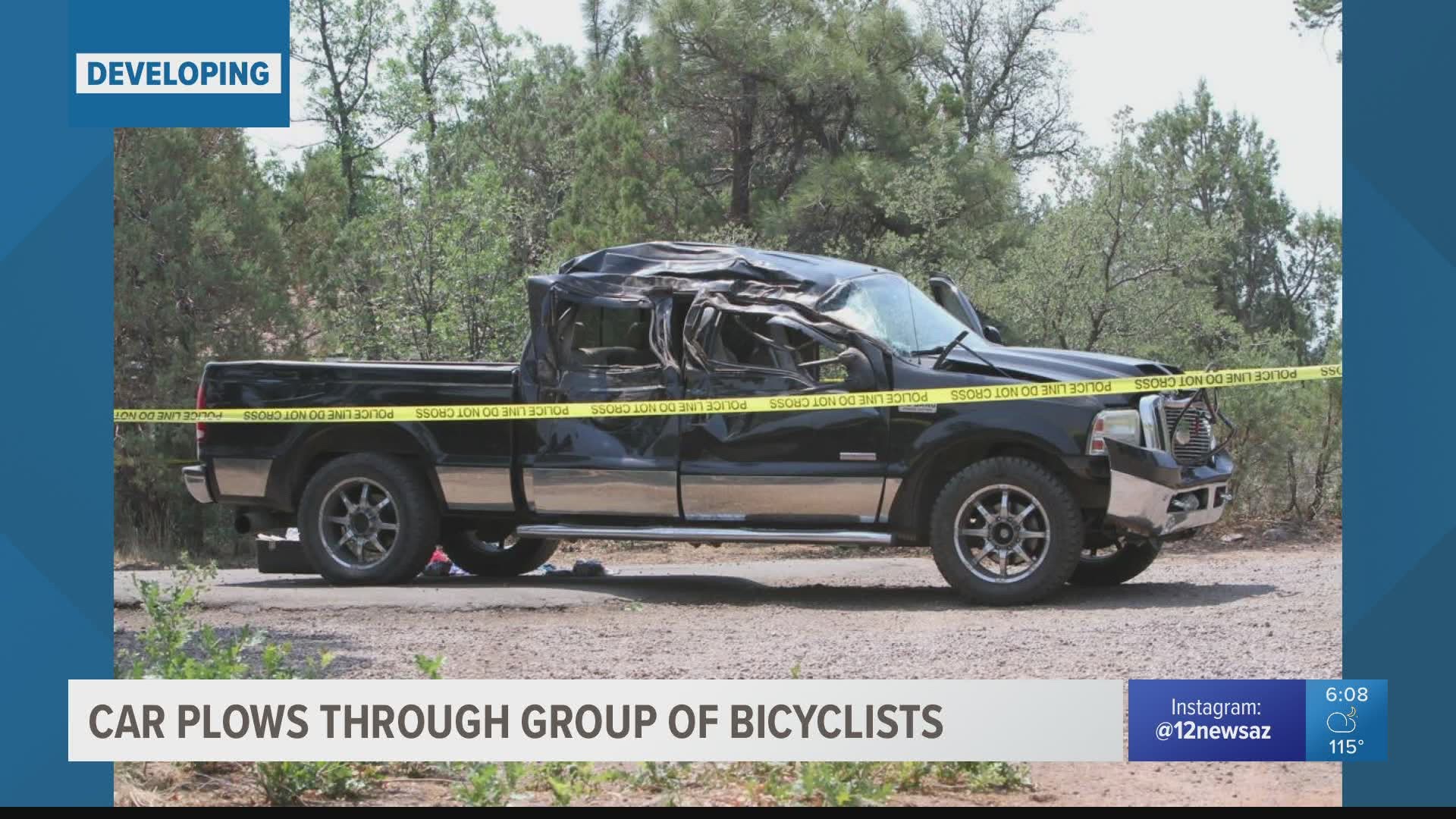 SHOW LOW, Ariz. — Six bicyclists over the age of 55 remain in critical condition after being hit by a truck during an annual benefit event in Show Low on Saturday, the city's police department said.

A Black Super Duty Ford F150 hit multiple bicyclists near the westbound lanes of Highway 60 in front of Horne Auto Collision Center before driving away from the scene, authorities said. The incident happened during the Master Men 55 years and older category of an annual "Bike the Bluff" event.

The police department sent out a status summary of the seven victims involved in the incident, which included:

Six of the cyclists were transported to Summit Healthcare by local medical personnel. Two of those six were transferred to Flagstaff Medical Center. A separate cyclist had to be transported by air to the medical center.

Officers pursued the driver, identified by police as 35-year-old Shawn Chock, who hit the cyclists to the area of South 3rd Drive and West Oliver. An officer shot the suspect behind a nearby Ace Hardware store.

The suspect is also in critical condition but stable, authorities said.

The incident is currently being investigated by the Show Low Police Department, the Navajo County Sheriff's Office and the Arizona Department of Public Safety.

This is a developing story. Tune into 12 News for the latest information.

🚧COMMUNITY ALERT🚧
West bound lanes of HWY 60 in front of Horne Auto Collision Center are closed due to vehicle vs bicyclist incident with multiple injuries. PLEASE avoid the area to allow first responders to perform their tasks.
More information to follow as obtained. pic.twitter.com/toFVTrtdDs

Catch up on the latest news and stories on the 12 News YouTube channel.