"Thank you for the privilege of serving you and for the rewarding life that service in uniform and in public office has allowed me to lead. I have tried to serve our country honorably. I have made mistakes, but I hope my love for America will be weighed favorably against them." 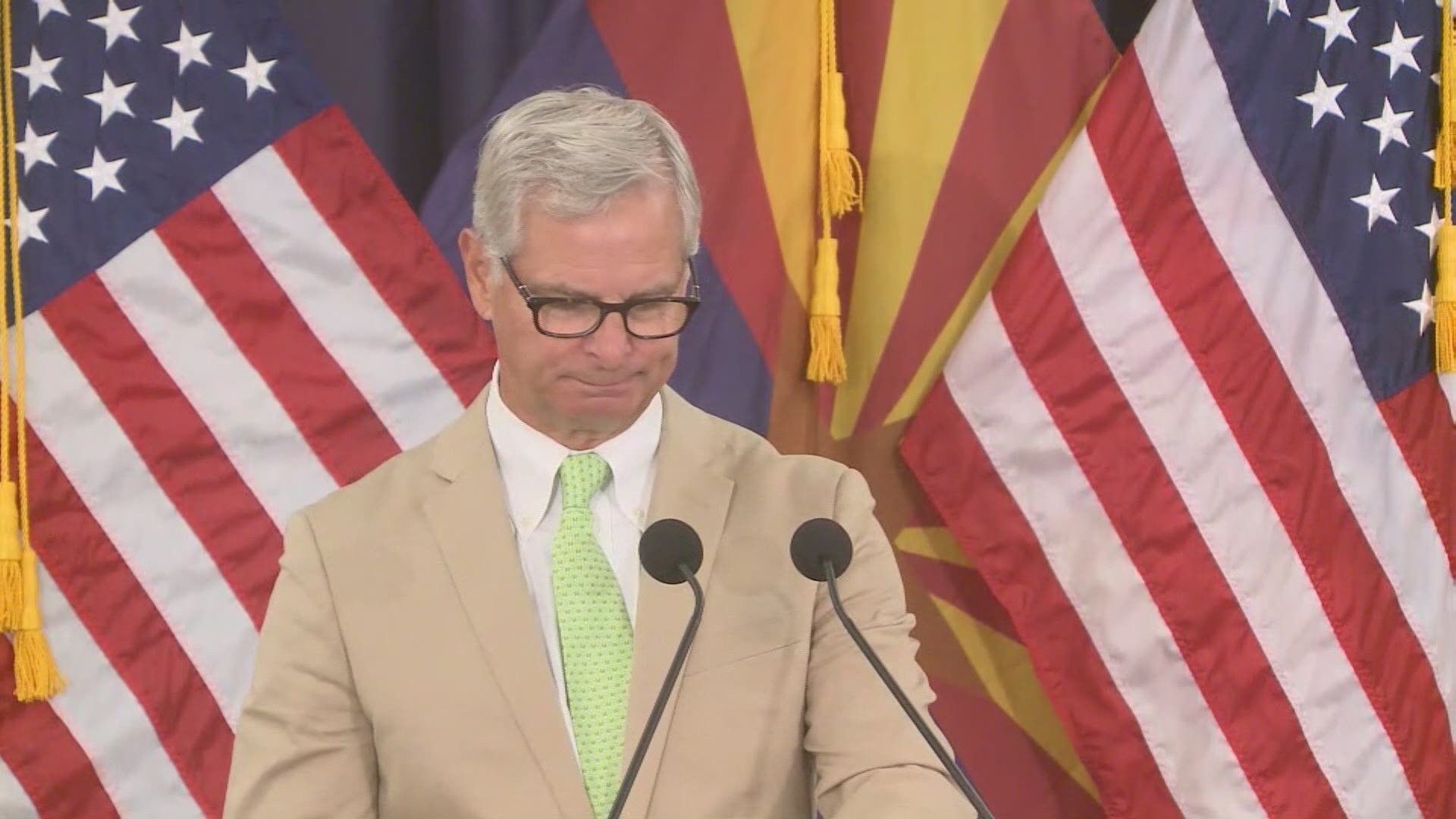 Sen. John Sidney McCain III -- a hero in the eyes of many, who rose to the pinnacle of American politics after enduring years as a prisoner of war -- died Saturday at the age of 81.

"As John McCain faces mortality," Davis said, "he asked that a letter he has done be read."

"My fellow Americans, whom I have gratefully served for sixty years, and especially my fellow Arizonans,

Thank you for the privilege of serving you and for the rewarding life that service in uniform and in public office has allowed me to lead. I have tried to serve our country honorably. I have made mistakes, but I hope my love for America will be weighed favorably against them.

I have often observed that I am the luckiest person on earth. I feel that way even now as I prepare for the end of my life. I have loved my life, all of it. I have had experiences, adventures and friendships enough for ten satisfying lives, and I am so thankful. Like most people, I have regrets. But I would not trade a day of my life, in good or bad times, for the best day of anyone else’s.

I owe that satisfaction to the love of my family. No man ever had a more loving wife or children he was prouder of than I am of mine. And I owe it to America. To be connected to America’s causes – liberty, equal justice, respect for the dignity of all people – brings happiness more sublime than life’s fleeting pleasures. Our identities and sense of worth are not circumscribed but enlarged by serving good causes bigger than ourselves.

Fellow Americans’ – that association has meant more to me than any other. I lived and died a proud American. We are citizens of the world’s greatest republic, a nation of ideals, not blood and soil. We are blessed and are a blessing to humanity when we uphold and advance those ideals at home and in the world. We have helped liberate more people from tyranny and poverty than ever before in history. We have acquired great wealth and power in the process.

We weaken our greatness when we confuse our patriotism with tribal rivalries that have sown resentment and hatred and violence in all the corners of the globe. We weaken it when we hide behind walls, rather than tear them down, when we doubt the power of our ideals, rather than trust them to be the great force for change they have always been.

We are three-hundred-and-twenty-five million opinionated, vociferous individuals. We argue and compete and sometimes even vilify each other in our raucous public debates. But we have always had so much more in common with each other than in disagreement. If only we remember that and give each other the benefit of the presumption that we all love our country we will get through these challenging times. We will come through them stronger than before. We always do.

Ten years ago, I had the privilege to concede defeat in the election for president. I want to end my farewell to you with the heartfelt faith in Americans that I felt so powerfully that evening.

I feel it powerfully still.

Do not despair of our present difficulties but believe always in the promise and greatness of America, because nothing is inevitable here. Americans never quit. We never surrender. We never hide from history. We make history.