Both Mayor Turner and Judge Lina Hidalgo said the worst of the severe weather will begin Sunday and encourage residents to stay home through Tuesday. 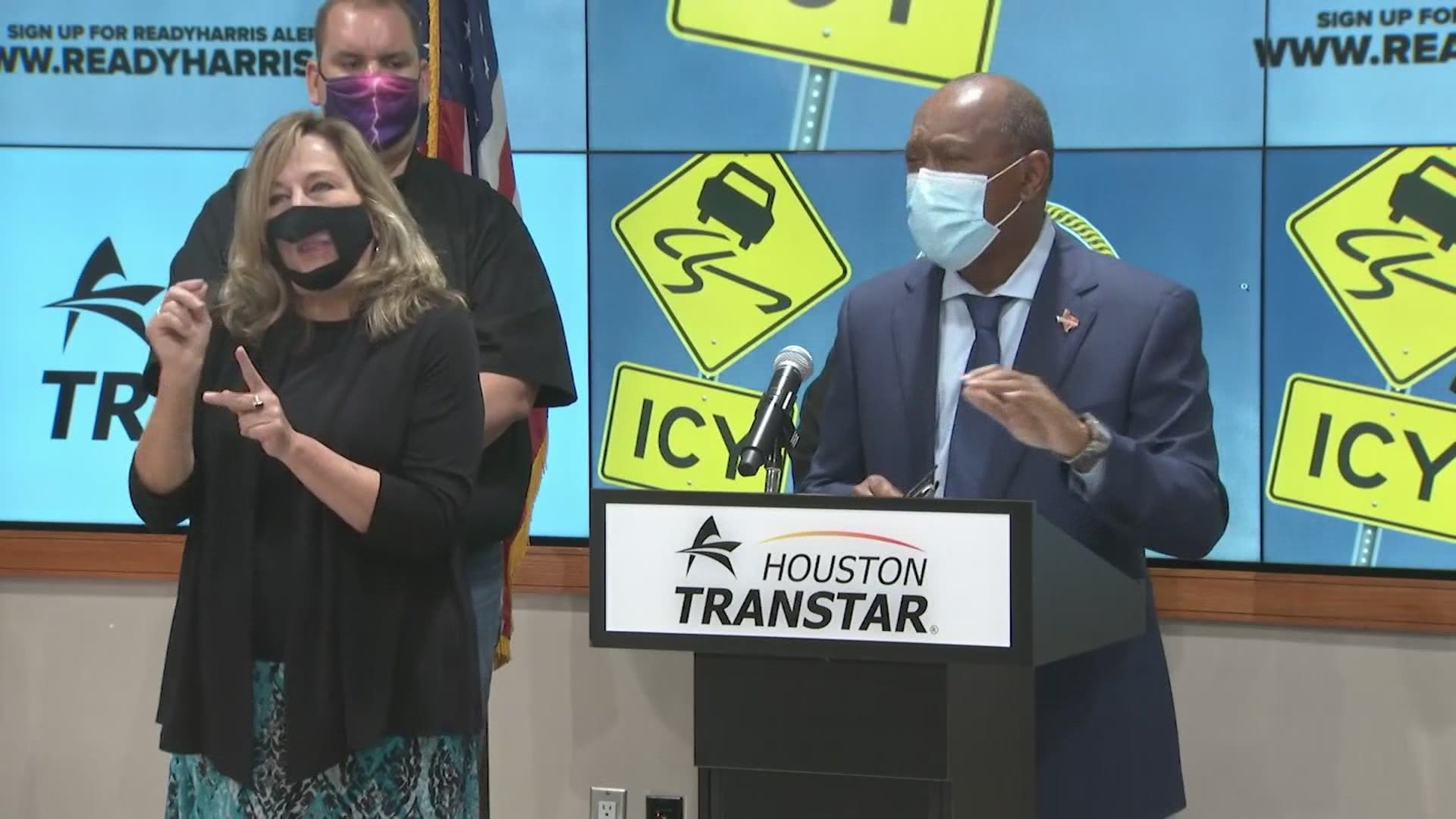 HOUSTON — A severe weather event, one that we haven't seen in nearly 30 years, is headed to the Houston area and city and county officials are urging residents to stay alert and stay home if possible.

Temps are already dropping in the Houston area due to the Arctic blast, but the worst of the weather is expected Sunday night going into Monday. Sleet and freezing rain are currently in the forecast and KHOU 11 Meteorologists say there is a chance of snow.

During a press conference Friday, both Harris County Judge Lina Hidalgo and Houston Mayor Sylvester Turner stressed that the weather is going to get bad with the possibility of down power lines, broken tree limbs and impassable roads due to ice.

"Our infrastructure is not built for this," Hidalgo said about the winter storm.

Unless it is a dire situation, I am asking Houstonians to please stay off the roads starting Sunday evening and going into Tuesday. #houwx

Because of the brutally cold weather headed our way, the city of Houston will be using the George R. Brown Convention Center as a warming center starting Sunday afternoon for the homeless population.

Jeff Linder with the Harris County Flood Control said wherever you are on Sunday evening, prepare to stay there at least until Tuesday.

Turner said roads are going to be treated Saturday and Sunday but that doesn't mean travelers can safely drive.

On Thursday, we witnessed a 133-vehicle pileup in Fort Word due to icy roads and on Friday morning, 10 vehicles were involved in a crash due to ice on an overpass.

There's still time to prepare for the worst of this Arctic blast.

Friday and Saturday are good days to head to the grocery stores to stack up on non-perishable items just in case your power goes out.

You also want to make sure you protect your pets, plants and pipes. When it gets below freezing, pipes can burst and that can be an expensive nightmare.

Houston and Harris County have closed their vaccination sites through Tuesday due to the weather. Appointments will be rescheduled at a later time.