ITC officials say it would take eight to 12 hours to remove material from the tank. There is an elevated risk of Benzene release as it's being removed.

The EPA says they have used aircraft to monitor the air and have not had any significant readings of benzene. There were only three readings of elevated benzene on Thursday, according to the EPA, with no reading above one part per million.

Since midnight, there has been no detection of elevated levels of benzene. "It's becoming more stable as we go," ITC says.

Officials also said it would take eight to 12 hours to remove material from the tank. There is an elevated risk of Benzene release as it's being removed.

Deer Park Mayor Jerry Mouton Jr. says there's been no scenario in which they would consider evacuation.

Officials with ITC said water is being tested locally and regionally and that it sometimes takes days to get results back.

ITC says there have been no detection of benzene release, despite what a Harris County monitor showed as elevated early Friday morning.

Mouton says he has asking about the difference in benzene readings between ITC monitors and Harris County monitors. He added that there is the possibility of another shelter-in-place if elevated Benzene levels are detected.

Rain does have the potential to impact the foam used to battle the storage tank fire, but ITC says they're ready to respond if it does.

ITC added that the pumping of the tank containing Benzene has already started. They described it a meticulous process to get all product out of all tanks on the tank farm.

DEER PARK, Texas -- A monitor near one of the chemical storage tanks at Intercontinental Terminals Co. in Deer Park registered a spike in benzene early Friday.

ITC says they believe the spike is contained locally, and no action is being taken at this time. No shelter-place has been issued and they believe it has no impact to the public.

Crews are currently working to empty the benzene tank that they believe emitted dangerous benzene vapors Thursday that led authorities to issue a shelter-in-place for the area.

The work to move the chemicals began Thursday afternoon and continues at this time Friday morning. Crews are moving the benzene from the burned area of the tank farm to a tank in another part of the facility.

The foam has since been reapplied so the chemical can be transferred, but the company says there is still a risk of another leak or even a flareup. 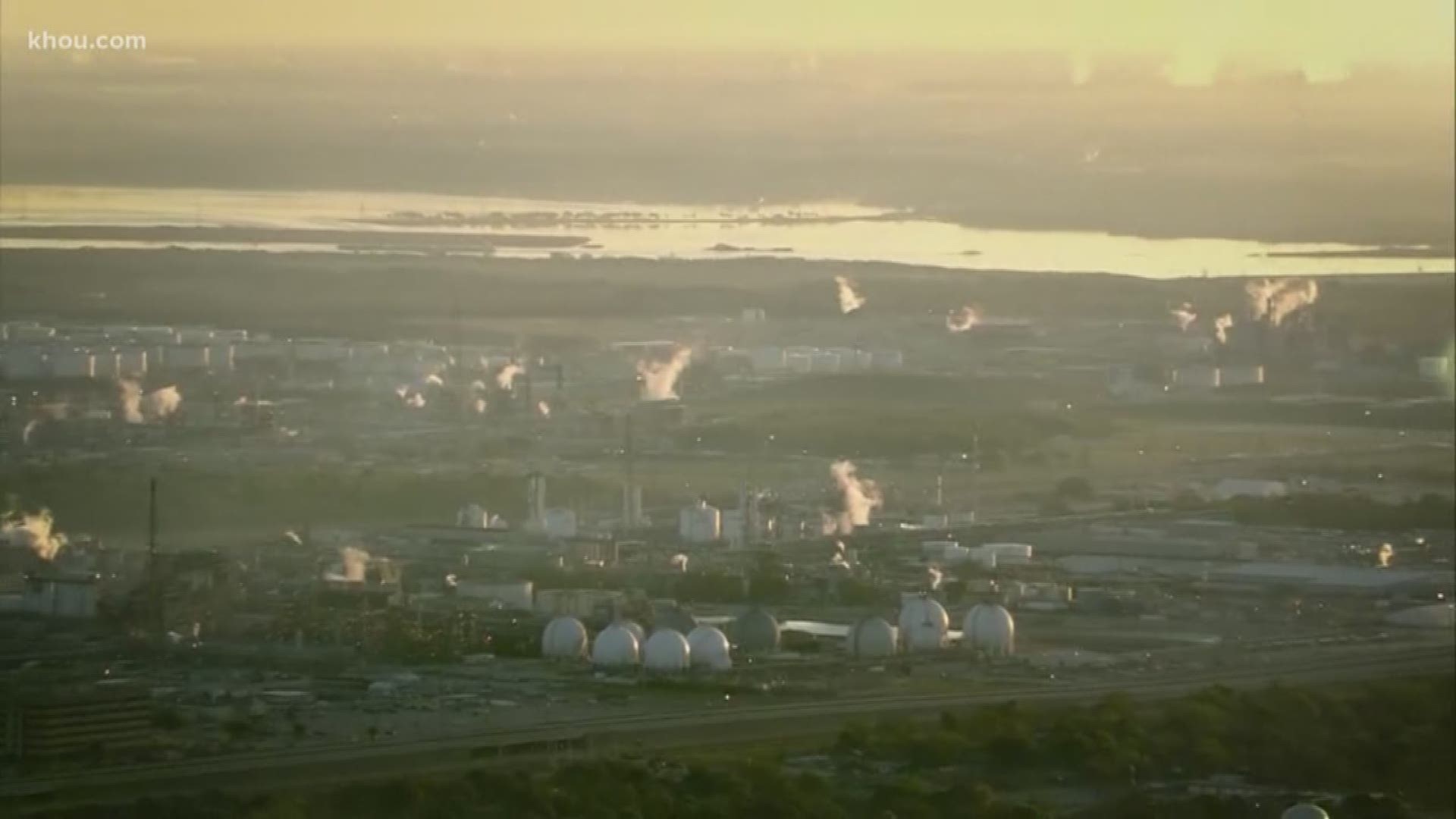 The shelter-in-place orders for Deer Park and Galena Park were lifted Thursday afternoon, but many schools in the area are still closed for the day as a precaution.

RELATED: What is benzene? Signs & symptoms of chemical that caused Deer Park shelter-in-place