Why thousands flock to this Texas town known for rattlesnakes 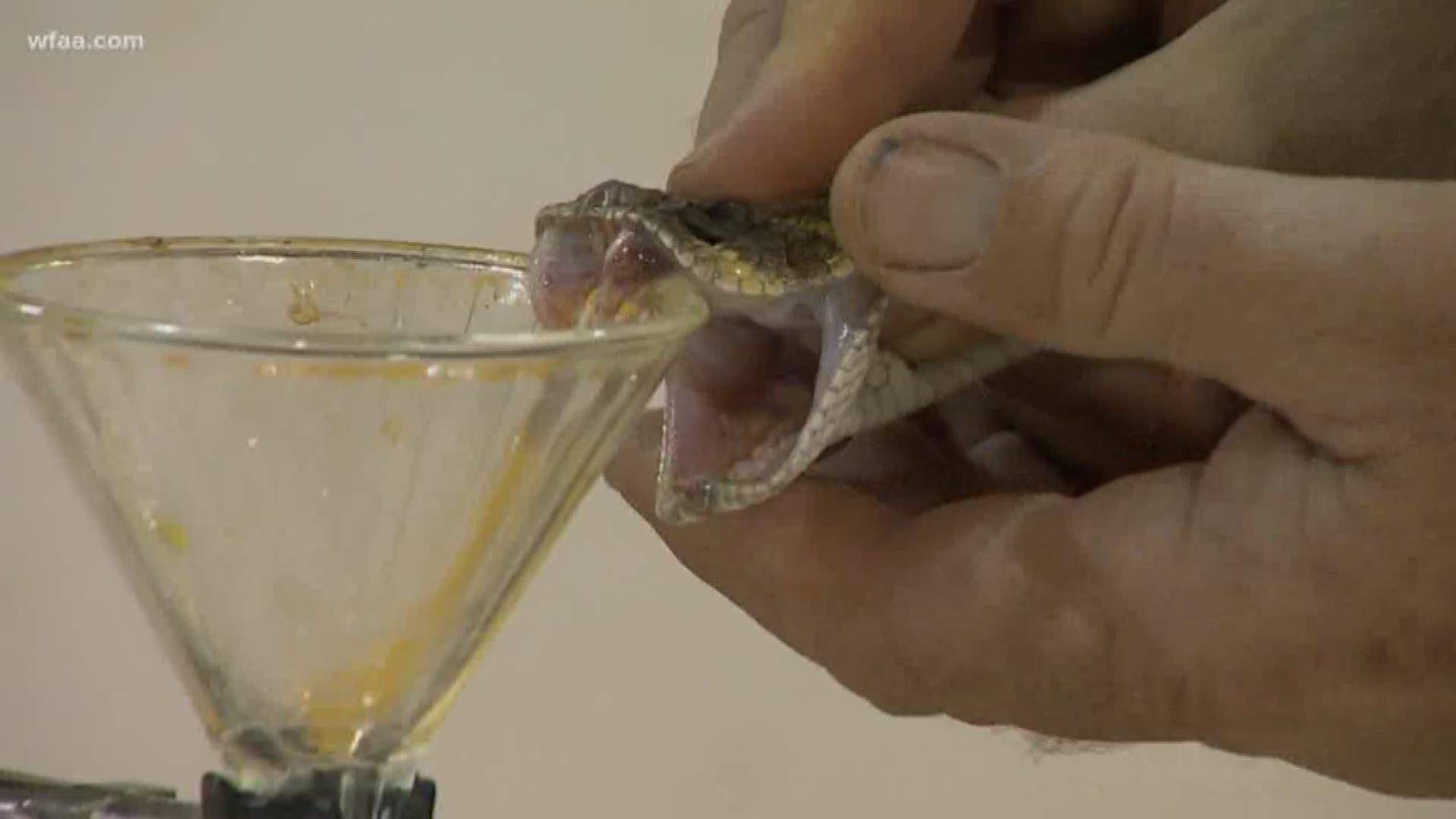 Each year, for one weekend, the west Texas town of Sweetwater swells.

Thirty-thousand people from all corners of the country make their way here in search of one thing: rattlesnakes.

"Right now you're in the heart of snake country," said Rob McCann, a long-time member of the Sweetwater Jaycees. "This is Sweetwater, Texas. It's the world's largest rattlesnake roundup."

"It's just something you've got to do once," said Donyle Ford of Waxahachie.

"You see everything from just straight horror to grossed out to people who are pumped to be here," McCann said.

McCann says the event started back in 1958 in response to an overabundance of Western Diamondback rattlesnake sightings, which kept local police busy and residents worried.

"A group of farmers and ranchers got together and rounded up about 1,000 lbs of rattlesnakes, killed them, dug a pit and buried them," McCann said.

The Sweetwater Jaycees now run the show and the roundup has changed a bit since 1958, but it's still centered around the hunting and killing of Western Diamondbacks. They say it's to manage the population.

"People don't realize the threat from all these snakes that are around here," said Carla Sager, a longtime Sweetwater resident.

Over the course of the weekend, licensed hunters bring snakes in. They're then weighed, measured, sexed and milked for their venom, which the Jaycees sell. Then, the snakes' heads are chopped off, they're skinned and their meat is sent to the fryer.

"Every part of the snake we use," McCann said, adding they round up thousands of pounds of rattlesnake every single year.

Some of the snakes come from the guided hunts the Jaycees offer during this weekend.

After a short walk and descent into a ravine, the guides used gasoline to try and drive the snakes out of their dens. Eventually, rattlers emerged.

This six-decade-old tradition does not come without criticism. Animal activists have raised concerns over the years about what goes on here. Some call the decapitation cruel, because the snakes don't immediately die. Others call into question the gassing, a controversial snake-hunting practice. It is legal in Texas, but the state Parks and Wildlife Department says it's a damaging practice that endangers other species.

"I want these animal rights activists, come and see what we do. This is not a cruel event," McCann said. "That's just how people kill snakes."

The Jaycees say the roundup is a chance to educate the public on the rattlesnakes. They point out is also brings $8.4 million into the small city's local economy.

Carla Sager, a Sweetwater resident, said without it, "Economically, it would be devastating."

"This is Americana," McCann said. This is something uniquely Texas... and a part of history."

And something Sweetwater doesn't plan to give up as long as the rattlesnakes roam.