Threat of Zika looms as mosquitoes prepare to make a comeback

"We don't know what to expect for this season but we certainly have to continue monitoring for Zika," said Dr. Slobodan Paessler. 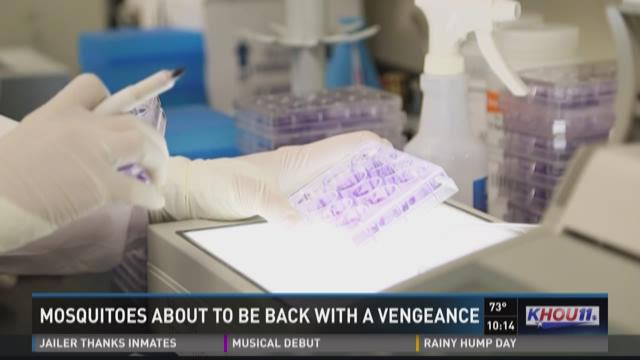 Mosquito season has begun here in Texas, usually kicking off around early February, and along with it comes the threat of disease including Zika.

“We don't know what to expect for this season but we certainly have to continue monitoring for Zika,” said Paessler.

When the Zika epidemic hit in 2016, that’s where Paessler turned his attention, hoping to ensure a vaccine wouldn’t be rushed.

“The panic screaming for the federal bucks to develop a Zika vaccine is huge and there's a lot of companies that are going into that direction right now. I think sometimes when we push, we maybe don't do it as thorough as we should.”

Along with researchers from Germany and Singapore, Paessler decided to study the virus from a different perspective and found evidence that parts of the Zika virus closely resemble parts of the host’s own immune system, which may trigger the host’s body to mount a defense against both the Zika virus as well as its own complement system.

This is important for fetal development as well as for the immune system. This mistaken identity may contribute to the birth defects and adult neurological disorders seen in people who have been infected with Zika.

“We do know that high-level's of these anti-bodies correlate with the various different auto immune diseases including multiple sclerosis," said Paessler.

Early studies found when a body fights Zika, it could start fighting healthy systems too which is why Paessler thinks further research will be conducted on the vaccine.

“I think we are going to wait and see some slow down and development for sure because we don't know enough, in my opinion," said Paessler.

Although there’s no way of knowing if the Zika virus will show up again in Houston this year, now is a good time to prepare for mosquitoes by making sure there’s no standing water around your home, spraying and stocking up on repellent.