Spay and neuter ordinances do not work, experts in Houston say 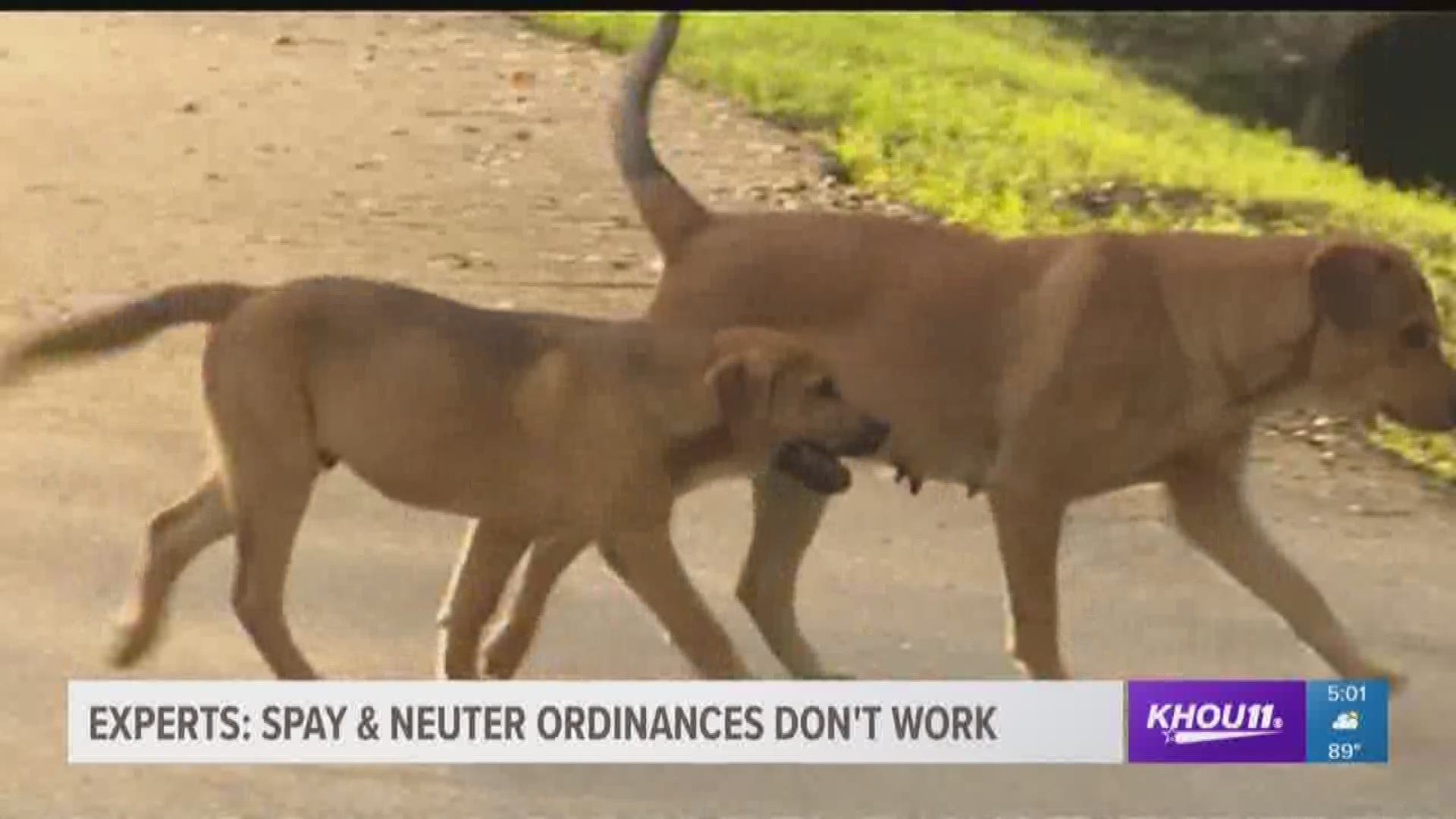 HOUSTON — Houston’s BARC animal shelter is responding to comments made by the Harris County director of veterinary public health claiming the city should pass an ordinance requiring pet owners to spay and neuter their animals.

“I would like to see mandatory spay and neuter,” Dr. Michael White told KHOU 11 on Wednesday. “Now, a city can write ordinances that a county cannot. This county is an extension of state government and we can only do what the state government allows us to do.”

Big cities including Los Angeles, Dallas and Las Vegas have all passed ordinances requiring owners to spay and neuter their pets.

But spay and neuter experts in Houston say those ordinances have not worked.

"It is time to realize that animal welfare and social welfare are connected,” said Friends for Life executive director Salise Shuttlesworth. "Do we create a penal structure that punishes people who don’t have funds or transportation or time from their job and spend tax money impounding their animals and charging them fees they can’t pay, only to result in killing the unclaimed?”

Shuttlesworth says outreach efforts made by Friends for Life have been successful in the past. The organization identifies parts of town with high homeless pet populations and go door-to-door offering free spay-and-neuter services.

"It makes far more sense to get ahead of the problem, go into the communities with high intake rates and low resource access and figure out how we can help,” Shuttlesworth said.

They say the pet owners who don’t get their animals fixed simply can’t afford it — or don’t have jobs that allow them to take off to get it done.

Spay and neuter experts say services are accessible and offered free, or at a reduced cost.

“We can have hundreds of people that show up at 5 a.m. in the morning prepared with their animals,” said BARC animal shelter division manager Adriane Fadely.

BARC says the city does not have nearly enough resources to deal with what would result from a mandatory ordinance either.

But nonetheless — the Harris County Animal Shelter disagrees — and says the answer lies with the city’s ability to pass an ordinance.