A dog that was in really bad shape – starving, full of infections and rescued during Hurricane Harvey – is now part of an ongoing recovery effort in San Antonio. 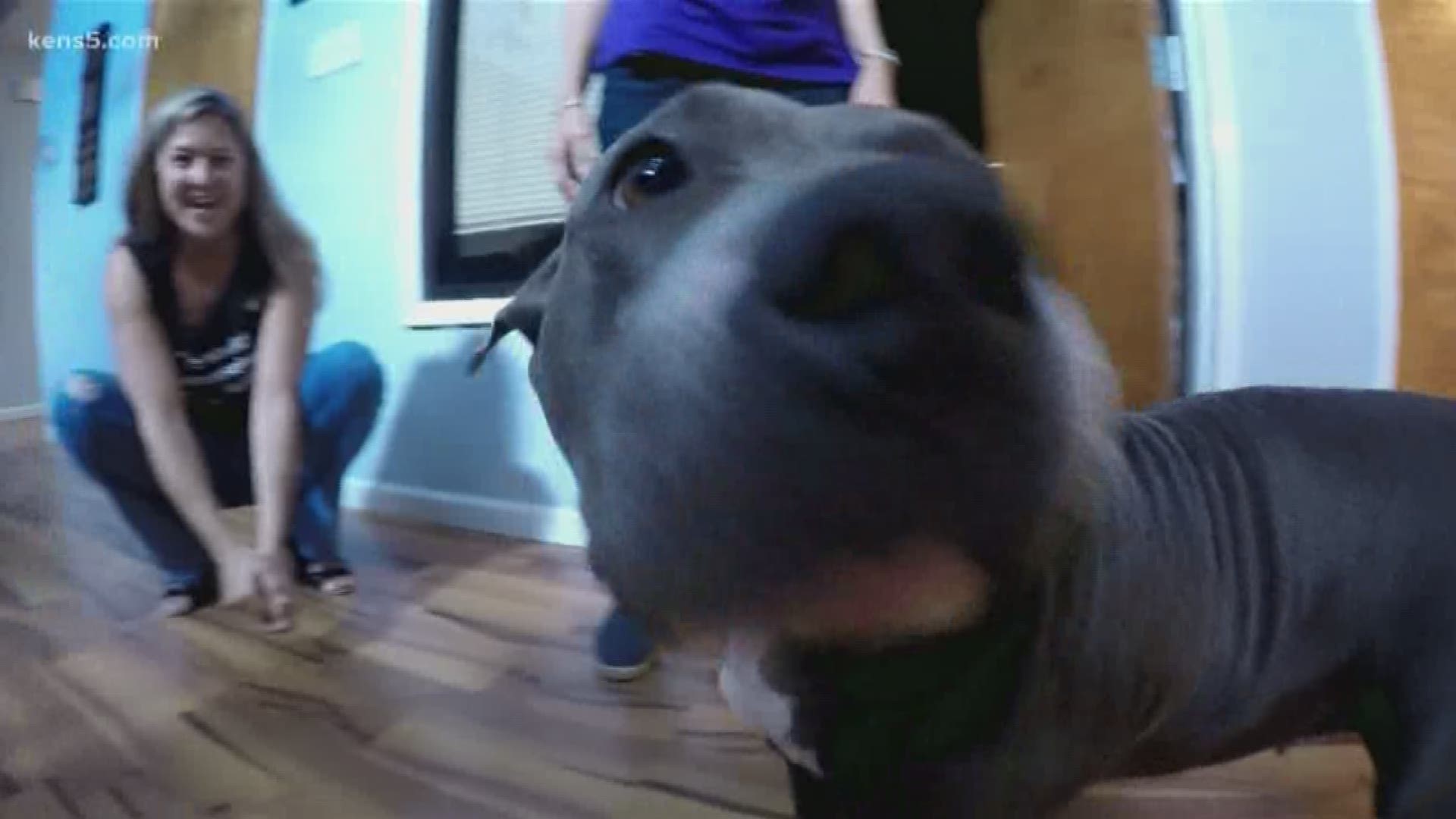 SAN ANTONIO — A dog rescued during Hurricane Harvey has a new role at the San Antonio Recovery Center.

Lacy was found on the streets and was staying at a shelter in the Houston area. Unfortunately, the group that took her in had to release animals to make way for other animals that had owners.

San Antonio Pets Alive stepped in to save 90 animals, including Lacey. Maureen O'Nell, SAPA executive director, said she was making a head count at the shelter, when Lacy made a point to be noticed. O'Nell recalled how the dog jumped on her lap and licked her face.

O'Nell posted a picture of Lacy on social media and got connected to the San Antonio Recovery Center. Trish Frye, the director of operations, had been looking for a support animal. She said Lacy was the perfect match.

"She's brought a whole new spirit to the San Antonio Recovery Center. She brings them purpose. Clients take on feeding her, giving her a bath, sometimes they even argue over who gets that job," Frye said. "It's so neat to watch them understand that while she has a history, she has a past, and has been treated horribly in her past, that she can turn around and pour out love and pour out understanding and forgive. And they can do the same thing."

Frye said Lacey has even convinced people to come to treatment at the center.

"When they meet the dog, they go 'okay.' She's the convincing factor like this feels like home," Frye said. "She's absolutely changing lives as these clients have changed her life."