According to Smith, Roo broke his beak in two places, bloodied his comb, did damage to his head and had swelling on his brain. 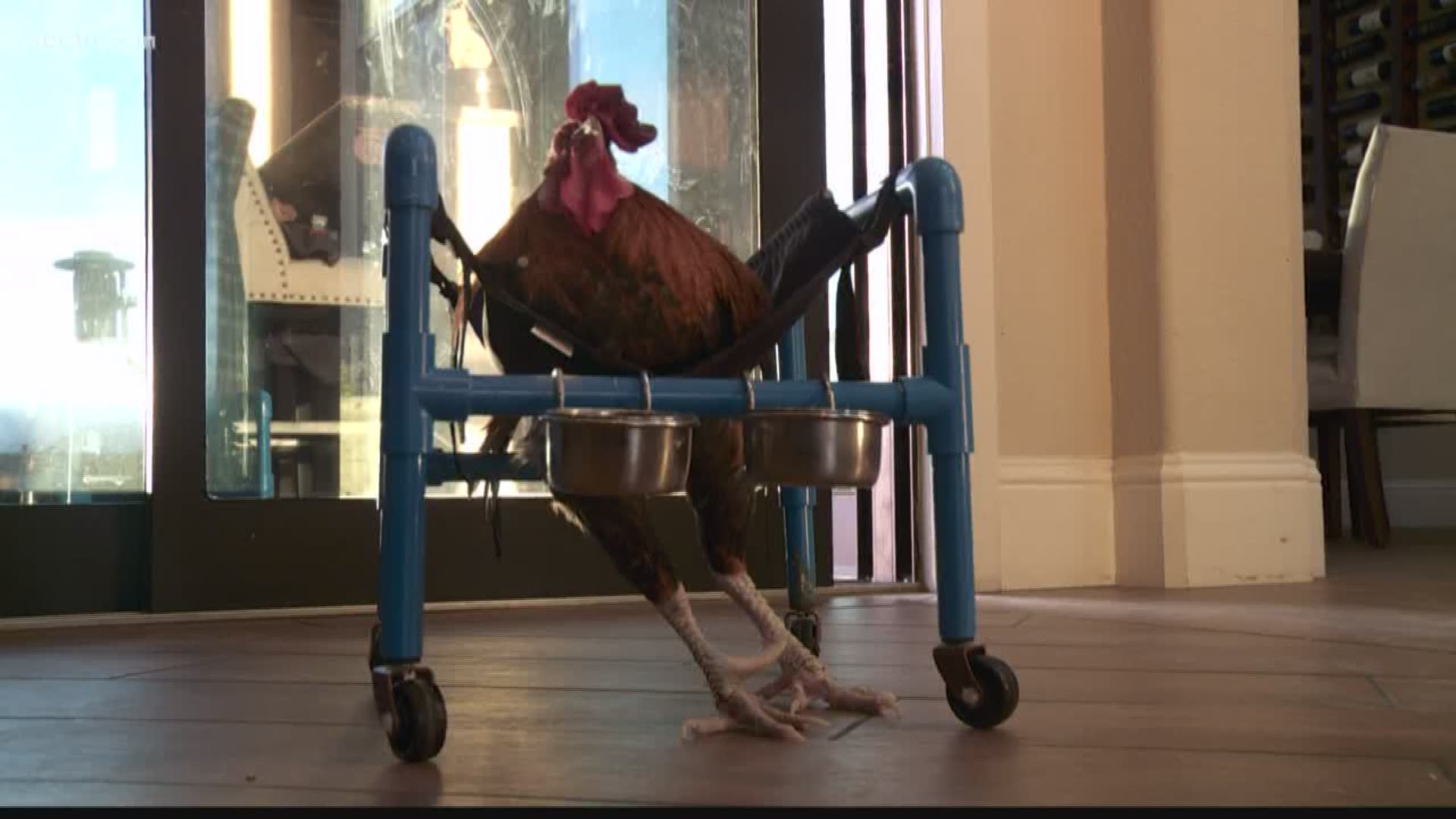 A rescue chicken, named Roo, is learning to walk again with a therapy wheelchair.

"A few weeks ago during the fires, we took in another rooster that was evacuated, that rooster was kept in a separate cage and the chicken got intimidated by him cause he was very big so he tried to fight that rooster through the cage," Darcy Smith, Roo's owner, said.

According to Smith, Roo broke his beak in two places, bloodied his comb, did damage to his head and had swelling on his brain.

Roo wasn't able to sit up right, eat, drink, or even crow until he got a special chicken wheelchair from Australia.

"He's able to move around in it, sit upright, and he eats a ton," Smith said. "He's eating a lot of food, drinking a lot of water, and it's just made all the difference."

Smith posted about what happened to Roo on Facebook on her other chicken's page, Funky Chicken.

A person saw it and paid to expedite the wheelchair, which came last week.

In addition to the chair, Smith's 12-year-old daughter Jessalyn is Roo's physical therapist.

She massages Roo's feet and is slowly teaching him how to walk using the chair.

"I hope he's not in this chair for the rest of his life," Smith said. "He's made such a progress in a week so."