KHOU 11 News partnered with the Harris County Animal Shelter to try and ease its overload. More than 400 pets ended up in the shelter last weekend after a wave of surrenders. 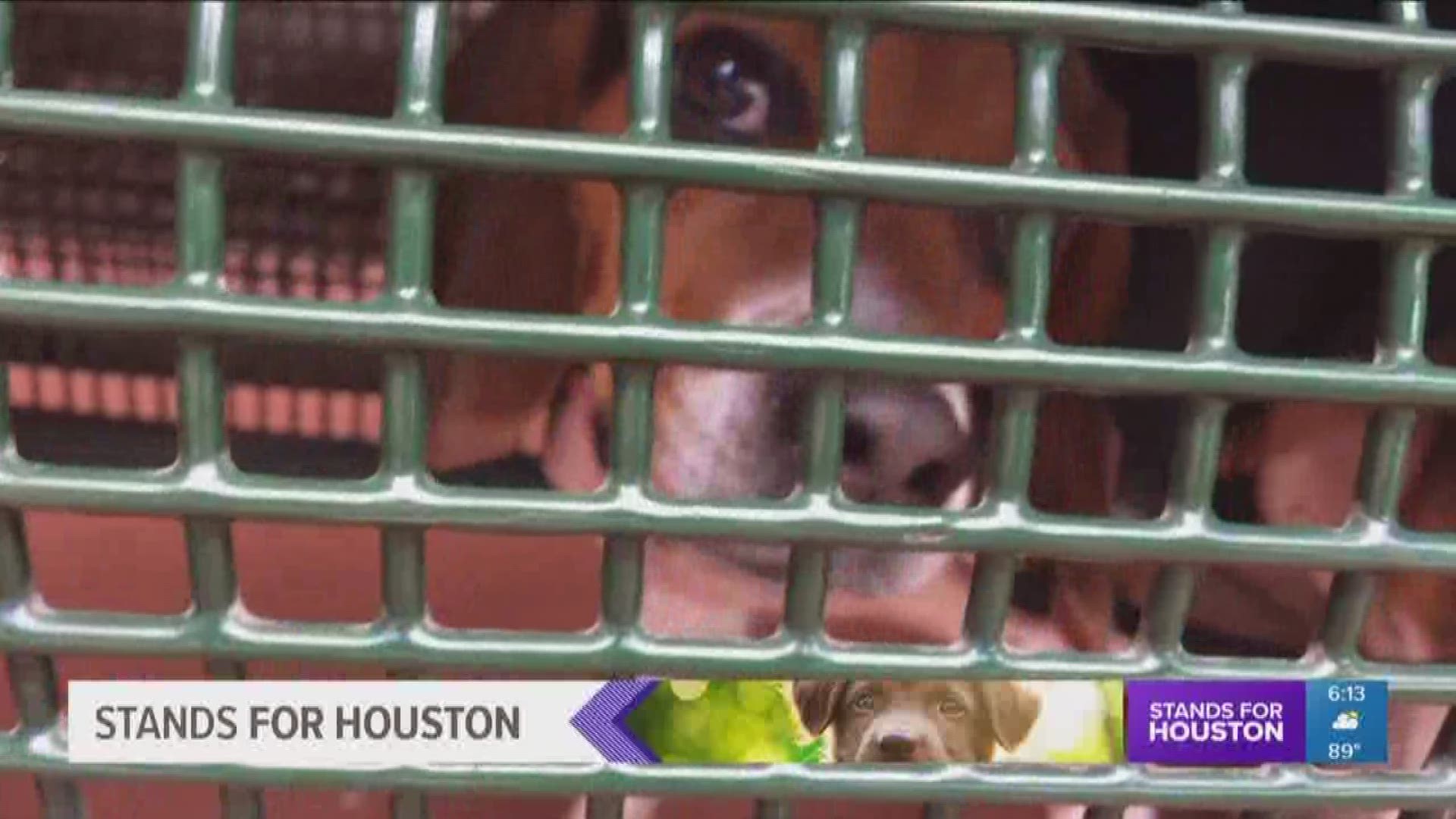 HARRIS COUNTY, Texas - Dozens of dogs and cats have new homes thanks to an adoption event.

KHOU 11 News partnered with the Harris County Animal Shelter to try and ease its overload.

More than 400 pets ended up in the shelter last weekend after a wave of surrenders.

“Picking out a name is my next step,” said new cat mom Chelsea Beeson.

Beeson had been contemplating a pet cat. Seeing KHOU 11's coverage of the shelter’s overcrowding sealed the deal.

“He was really calm and kind of came up to me, and I held him, and that was all I needed,” Beeson said.

The number of dogs and cats at HCAS reached beyond 400 following Memorial Day weekend. That’s when a surge or surrenders hit the shelter.

Sadly, those continued during the week.

“She’s a year old, and my daughters love her so much,” Ingrid Torres said.

The Torres family turned over Bailey the beagle because of their landlord’s no pet policy.

“I hope somebody takes her and loves her so much and that she has a good family,” Torres said.

A dog named Tess went home with a new family, thanks, in part, to discounted adoption fees.

“She just looked like she wanted a home, and she kind of like connected with me,” said new owner Hayley Luckett.

The shelter reduced fees to $10 for all dogs, and cats were free on Friday. That included spaying or neutering, microchips, and vaccinations.

“And we really appreciate the support of the community and rescue partners for stepping up to help us out,” said HCAS spokesperson Kerry McKeel. “But we’ve got a little bit of ways to go.”

Taking a real bite out of the pet overpopulation problem will take more than a one-day adoption event.