Hundreds of migratory birds were found dead after an entire flock crashed into the American National Insurance building at One Moody Plaza. 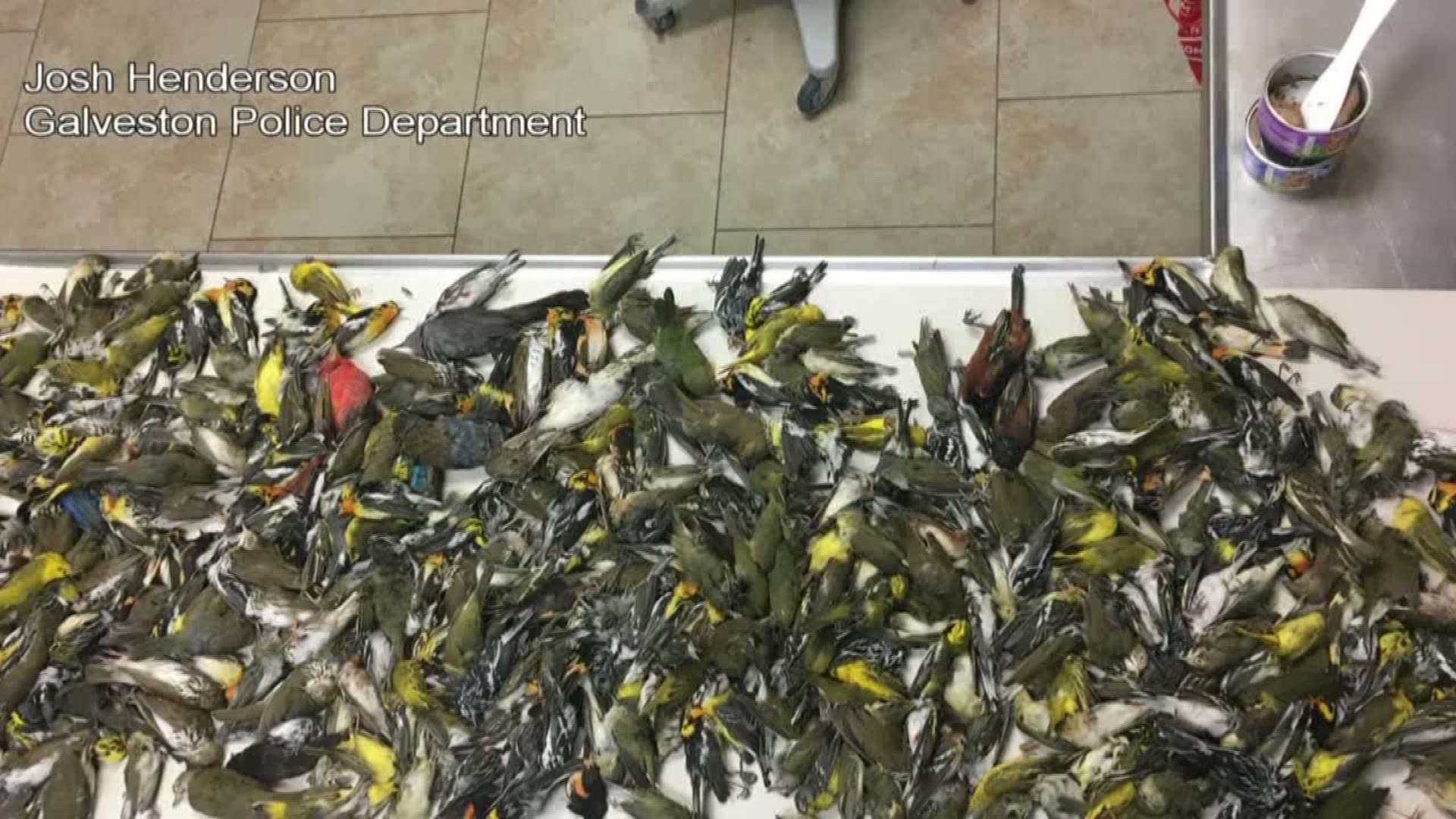 Hundreds of migratory birds were found dead after an entire flock crashed into the American National Insurance building at One Moody Plaza.

Officer workers found the dead birds when they arrived to work early Thursday morning, according to Josh Henderson of the Galveston Police Department's Animal Services Unit.

Henderson says they collected 395 deceased birds, mostly warblers and orioles, that were found outside the building.

The Houston Audubon Society says the bird kill was likely caused by a combination of bad weather and bright lights.

They believe Wednesday night's storms caused the flock to fly lower to the ground and they say bright office lights attract birds which can cause them to crash into buildings.

"We encourage building administrators to turn those lights out," said Richard Gibbons, conservation director for the Houston Audubon Society. "It is less of an attraction to avoid collisions."

The deceased birds will be studied to examine the health of the migratory bird population and prevent more deaths, according to Henderson.

Among the hundreds of dead birds, rescuers found three that survived the crash and fell to the ground. They have been taken to the Wildlife Center of Texas for rehabilitation.