As part of the celebration, the zoo announced the construction of three brand-new exhibits. 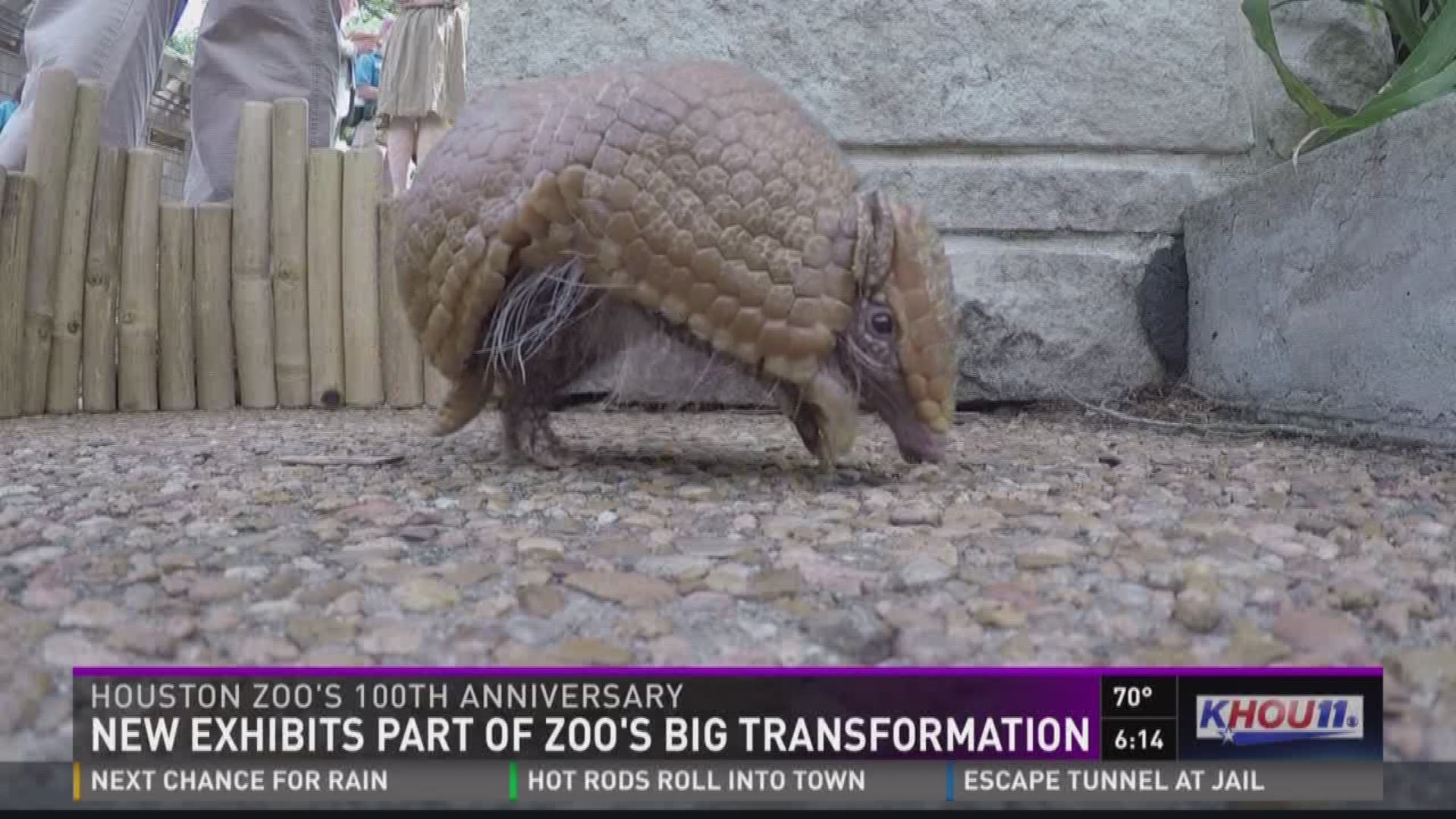 The Houston Zoo is getting an early jump on planning for its 100th birthday - four years early, that is!

As part of the celebration, the zoo announced the construction of three brand-new exhibits from the slithering to the screeching, to the scaly to the slow moving.

“Today I am proud to share what is next for the Houston Zoo," said President and CEO Lee Ehmke.

They’re all part of what the Houston Zoo is calling its greatest leap forward as it unveiled plans for what zoo officials say will take them to the next level.

Twenty years that starts Thursday with Phase One, the construction of their brand new Texas Wetlands exhibit.

“Children of all ages will watch and learn about local species of birds and gators and turtles and other reptiles and more," Mayor Sylvester Turner said.

Once that’s constructed, they’ll explore the legendary wetlands of Brazil, building their Pantanal Exhibit, which will house jaguars, monkeys, river otters and birds.

“We decided that we want every exhibit to connect with work that we are already doing in the wild," Ehmke said.

The zoo says the exhibits were chosen specifically to help educate visitors on environmental efforts they are already doing in those areas.

Of the $150 million fundraising goal, $5 million will go towards conservation.

“The old purpose of the zoo was essentially, to entertain people, to have a place to come and see animals. We don’t think that’s enough today. We believe and we know that we can actually help save species, and that’s what we need to do, that’s our mission," Ehmke said.

The Texas Wetlands exhibit is set to open in Spring 2019.