Jessi Kopp is seen in a Facebook video on horseback in flood waters, pleading for help as she and other volunteers saved more than 30 horses in one day in Wharton County 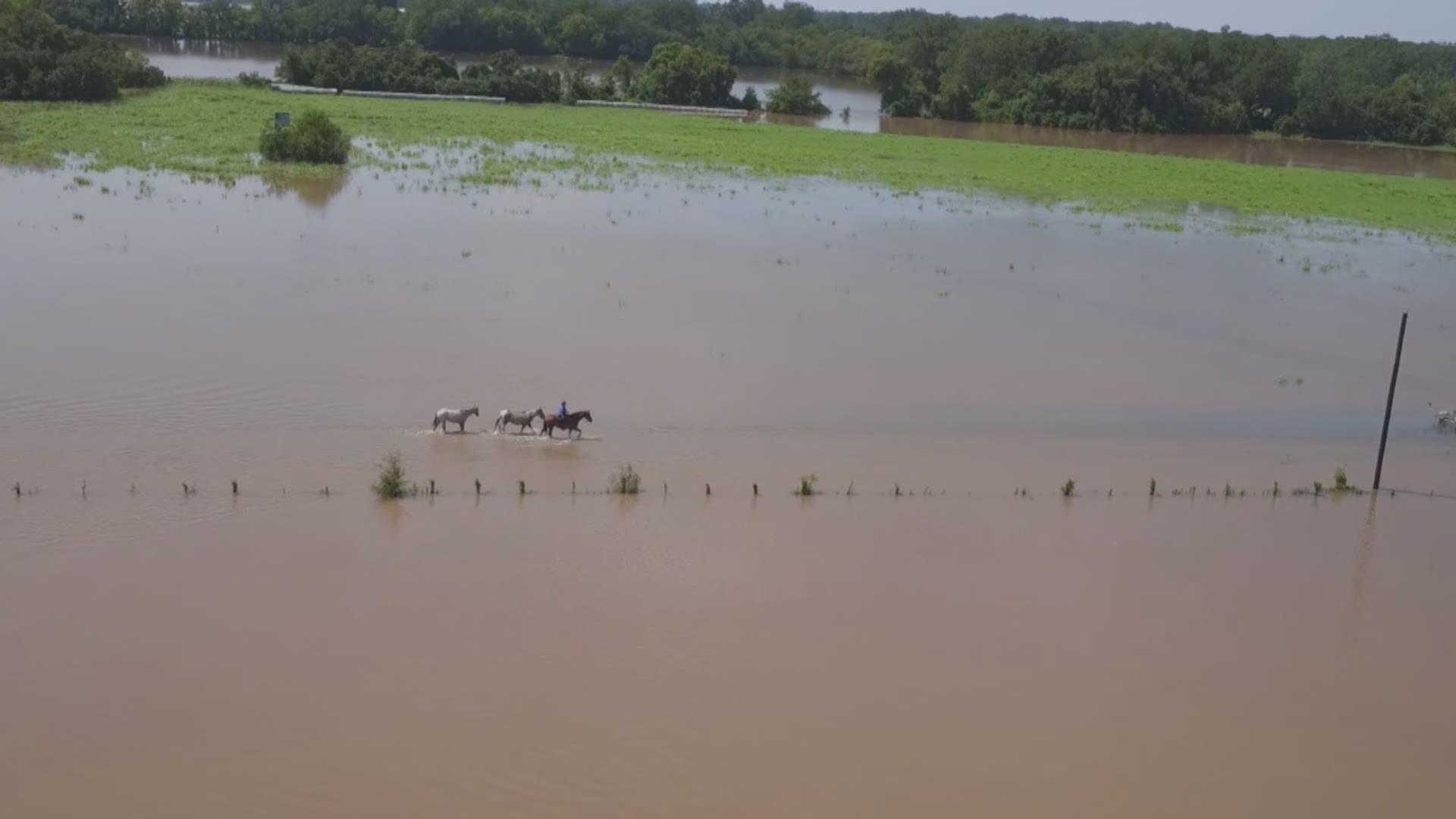 Giving her favorite horse a quick bath is not newsworthy, but wait until you see Jessi Kopp's most recent brush with Mother Nature.

Jessi is seen in a Facebook video on horseback in flood waters, pleading for help as she and other volunteers saved more than 30 horses in one day in Wharton County, after the water there became too much for the horses' owner.

"The water ranged from about knee deep to over our heads," recalled Kopp.

The views of an incredible rescue is from a drone belonging to our sister station, Dallas-based WFAA in Dallas.

When Kopp learned of horses being in danger, she quickly arrived on scene; then coordinated with other volunteers before reaching the animals by boat. "The water was a lot colder than you'd think," she said.

From there, her instincts took over. She helped guide these horses more than two miles to safety.

"I think that's probably why I kept getting on (the horse)," she said. "I certainly feel the most safe on a horse and I'm the most in control of others horses when I'm on a horse."

Now is a good time to mention we've talked to Jessi before. She's a world champion playing for the Houston Energy women's football team.

Back at her ranch in Round Top, parts of which are still under water, Jessi is still amazed by what she experienced. What she'll remember most is not the force of Mother Nature, but the power of the people reacting to it.

"It gives me chills to think about all of the people coming together; and put everything aside."