The hero is named Ringo. He is a prison bloodhound and trains every day for any kind circumstance. 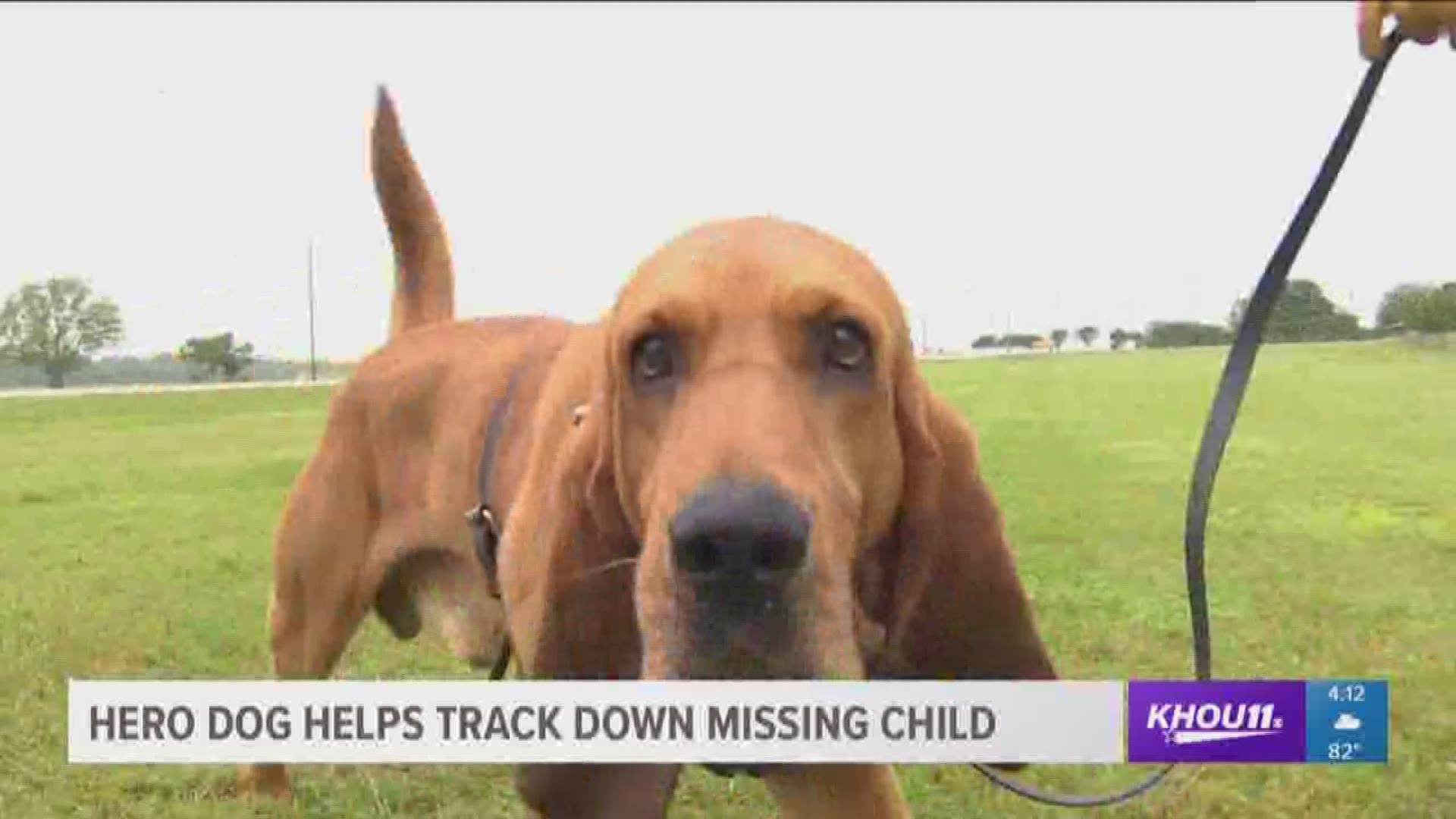 A Grimes County K9 can add a superhero cape to his collar.

The dog is being credited with finding a missing girl Thursday in Waller.

The hero is named Ringo. He is a prison bloodhound and trains every day for any kind circumstance.

Ringo is a scent-specific tracking dog. He is non-aggressive and able to search for anyone.

“We’ll try to get an article of their odor on it. We present it to him. He picks it up, puts it in his brain and hits the ground looking for it,” Dockery said.

Dockery has been the dog’s handler since birth. He has trained him to track prison inmates who escape from Wallace Pack Unit in Grimes County.

The K9, however, is also used several times a year to help find missing elderly residents or children.

“I think he’s a great asset for the community,” Dockery said.

Thursday, the dog became a hero to a little girl and her mom.

“We had gotten a call that the child had been taken by the father,” said Sgt. Albert Hirsch, the Kennel Supervisor for the prison.

Authorities say the father abducted her in Hempstead and eventually abandoned his vehicle near a home in Waller.

“We got the dog out and started tracking, trying to pick up the suspect’s scent,” Sgt. Hirsch said.

The dog’s sniffing lead him to Alliance Street, a few blocks away from the abandoned vehicle.

Investigators say the father saw the dog and ran away, but he was captured minutes later hiding out in a garage.

The child was found safely, standing on the street.

Ringo made a similar rescue last year at this time. Precious Valdez, then 5 years old, wandered off from her family’s cabin at Yogi Bear’s Jelly Stone Park. The dog located her safe and sound in the park, 11 hours after she went missing.

Reunions among families are gratifying for the prison team.

“Anytime you can find a child for somebody, or a relative, it’s satisfying. We all get a great sense of success out of it,” Sgt. Hirsch said.

Waller Police say the father in the abduction case is facing a slew of felony charges, including child abandonment and endangerment.

The mother told police the father has mental health problems and has not been taking his medication.