Dog missing for years reunited with Texas family thanks to microchip

The reunion comes as Humane Society of North Texas is at capacity after a spike in strays following the Fourth of July holiday. 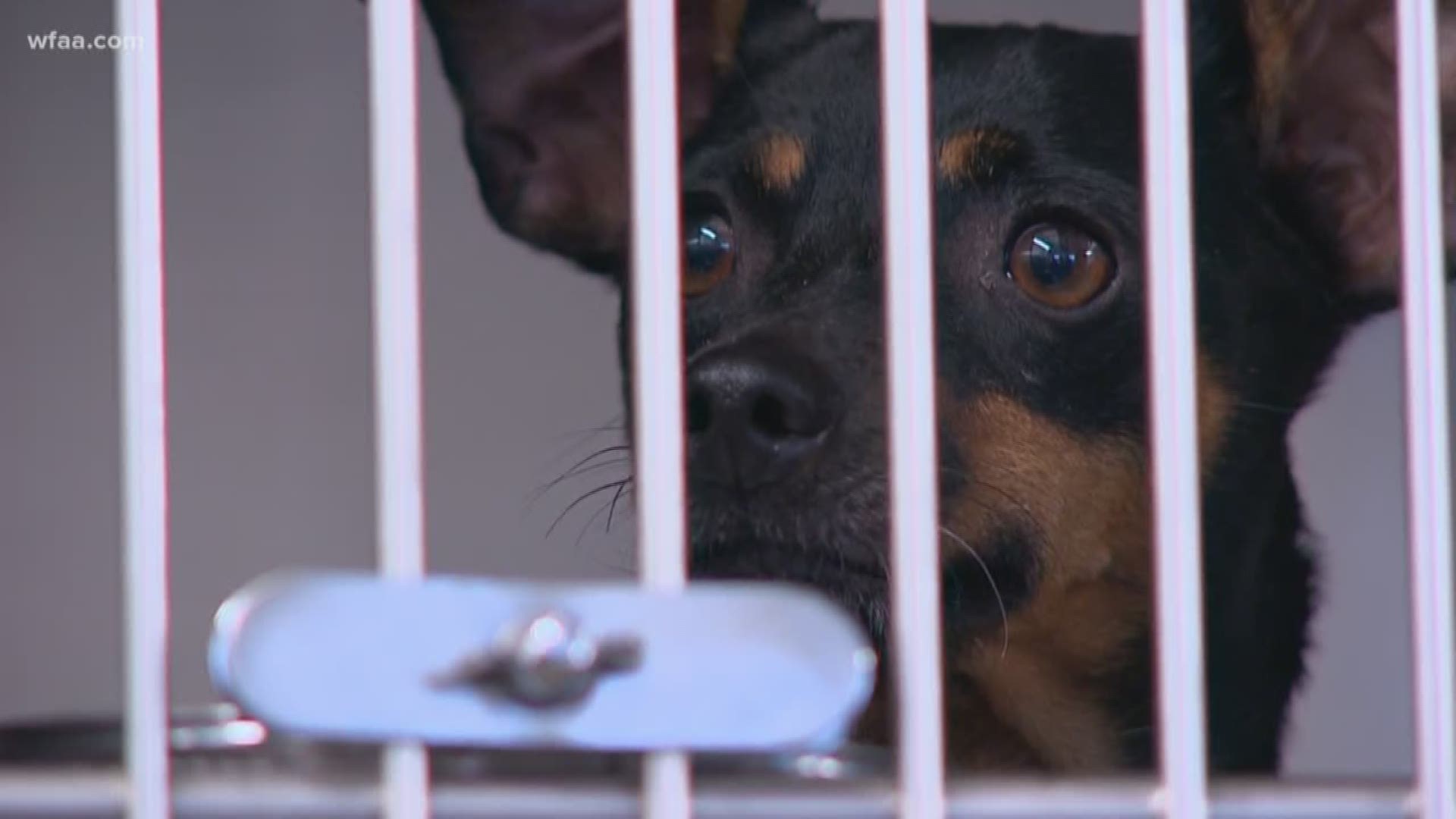 FORT WORTH, Texas – The lost and found section at the Humane Society of North Texas is busting at the seams, mostly with small dogs that have arrived as strays since the Fourth of July – a spike that happens every year.

“We’re scanning for microchips daily -- a dozen to 20 times a day -- just trying to find owners for all these pets,” said Cassie Lackey, community relations manager at the Humane Society of North Texas.

Roxy, a 10-year-old Pomeranian, was among the lost until Monday morning when Tania Williams, formerly of Fort Worth, drove from her home in New Braunfels to claim her. “Hi baby, hey baby, hi baby,” Tania kept repeating, holding Roxy tightly in her arms. “Oh my gosh!”

Roxy vanished from Williams’ backyard three and a half years ago. “Baby, do you remember me?” she asked as Roxy climbed in her lap and wagged her tail. “Do you remember mama?”

“It was like she instantly knew it was her mom,” said Lackey, who captured video of the reunion on her cell phone. “The dog was brought in as a stray, we scanned for a microchip, and the rest is history.”

“She laid her head on her chest, and just knew, instinctively, that that was her mom," she said.

Williams said her son just left for the Navy one week ago, so the discovery couldn’t have come at a better time. The microchip was key.

Since July 5, more than 60 people have come by the Humane Society of North Texas looking for a lost pet.

Eleven new strays arrived Monday, and with more than a 1,000 animals in its care, the shelter is at capacity.

A good Samaritan brought in a badly injured stray German Shepherd on Sunday, after spotting it crawling out of a ditch off Bisbee Rd and Forest Hill in Fort Worth. The dog appeared to have been hit by a vehicle. She was wearing a collar, but had no tag and no microchip. The dog needed emergency surgery and is recovering at the shelter. The Humane Society of North Texas is raising money for her recovery.

“With a microchip, we can find families within minutes,” Lackey said. “We want them reunited. It would absolutely make our hearts happy to know that they were home sweet home.”