KHOU 11 reporter, Janelle Bludau, and photographer, Michael Barbagallo, found the dog on May 30, as they arrived at the shelter to report on overcrowding. 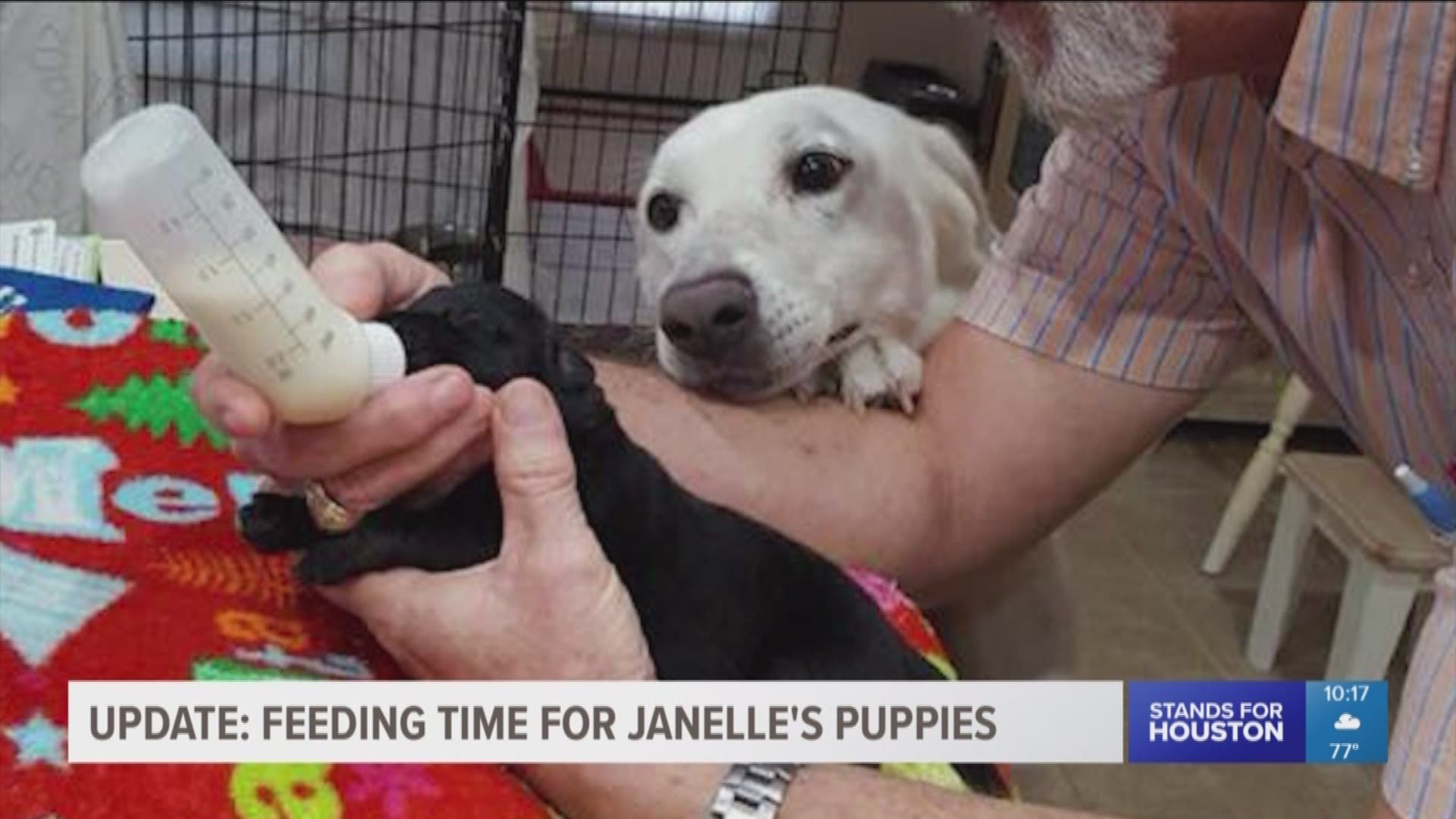 HOUSTON - She’s the pregnant pup that’s captured our hearts here at KHOU after one of our crews found her chained to a fence overnight outside the Harris County Animal Shelter.

Janelle, the lab mix, has finally given birth to eleven puppies! KHOU 11 News may be a little biased, but we think that’s a great number!

And you better believe she’s exhausted.

“Her first one was a 9:45 p.m., her last one was at 6:05 a.m. this morning," Dr. Michael White, Shelter Director for Harris County Animal Shelter said.

It was eight hours straight, not of labor, but delivery! One baby is enough, but try eleven!

Janelle’s vet, Dr. Michael White knew the new momma could do it all by herself, but still, he and his wife stayed by her side the entire night. 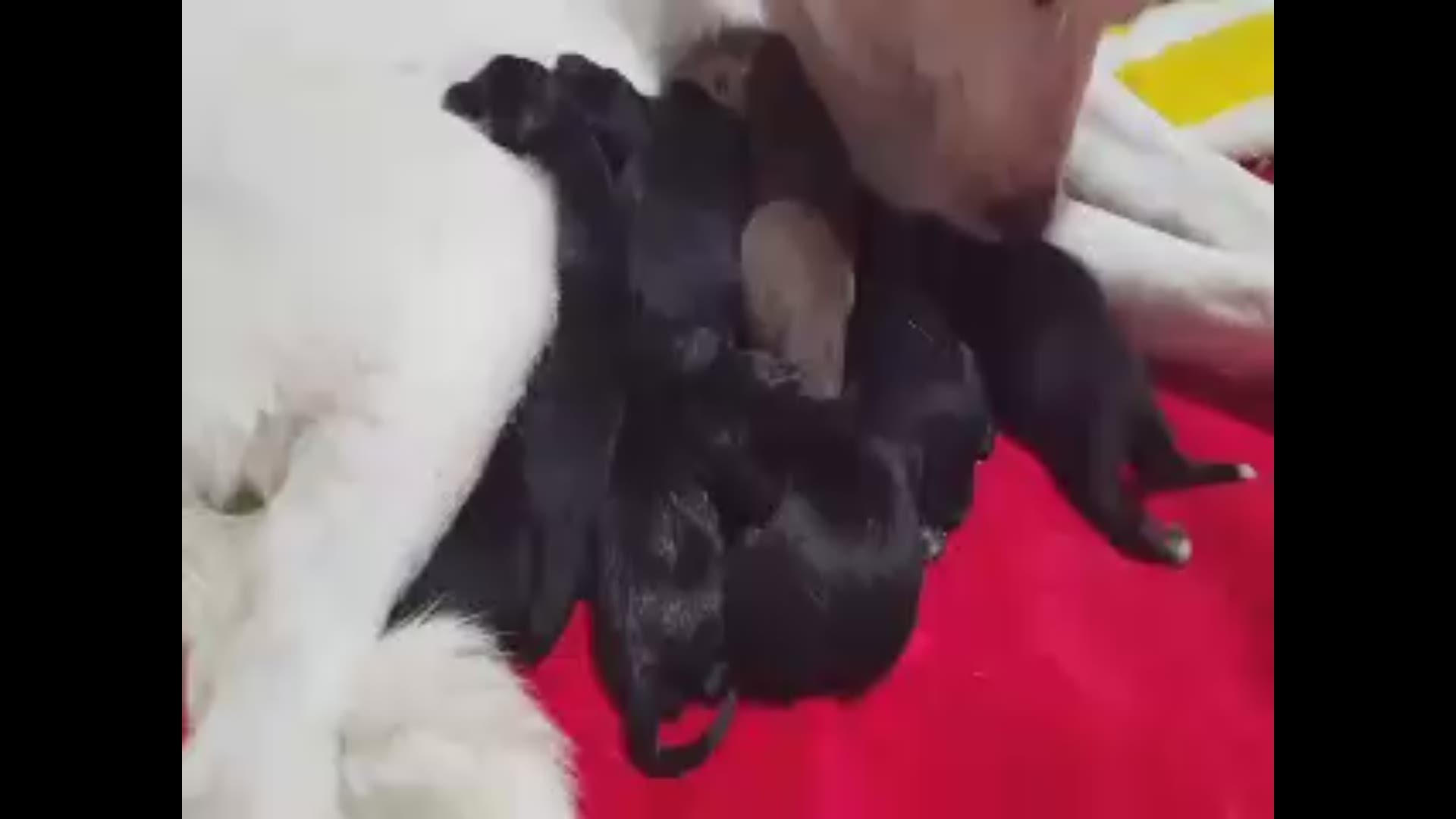 “I wanted to be there right when they come out so I can tear the amniotic sack open, to allow the puppy to start breathing," Dr. White said. “She did everything great. She’s a great mother, taking care of them. Everybody is healthy. She’s healthy.”

Just a few hours old, their eyes still closed, the brand new pups have no idea what their little lives have in store.

“They won’t really do too much for the first couple of weeks except crawl around and look for dinner. Their eyes open usually around 10–14 days," Dr. White said.

He says from the X-ray, he knew there would be ten. And when all ten came, he thought she was done.

“I knew from the radiograph that there were 10, and she fooled me cause I thought shortly after 5:00a.m., that was it. No, there was one more," Dr. White said.

At 6:05 a.m., the last little lady arrived fashionably late, as the only one in her caramel color.

It’s been an unforgettable couple of weeks for this new mom, from where we found her exactly two weeks ago tied to a fence, left alone in dark to where she is now - with eleven little babies and a big life ahead.

“And now we’re looking forward to the time they can be adopted out to their forever homes," Dr. White said.

It will be anywhere from four to six weeks until the pups and their momma can be adopted out, but you can follow their story here on KHOU 11 News and through the Harris County Animal Shelter. 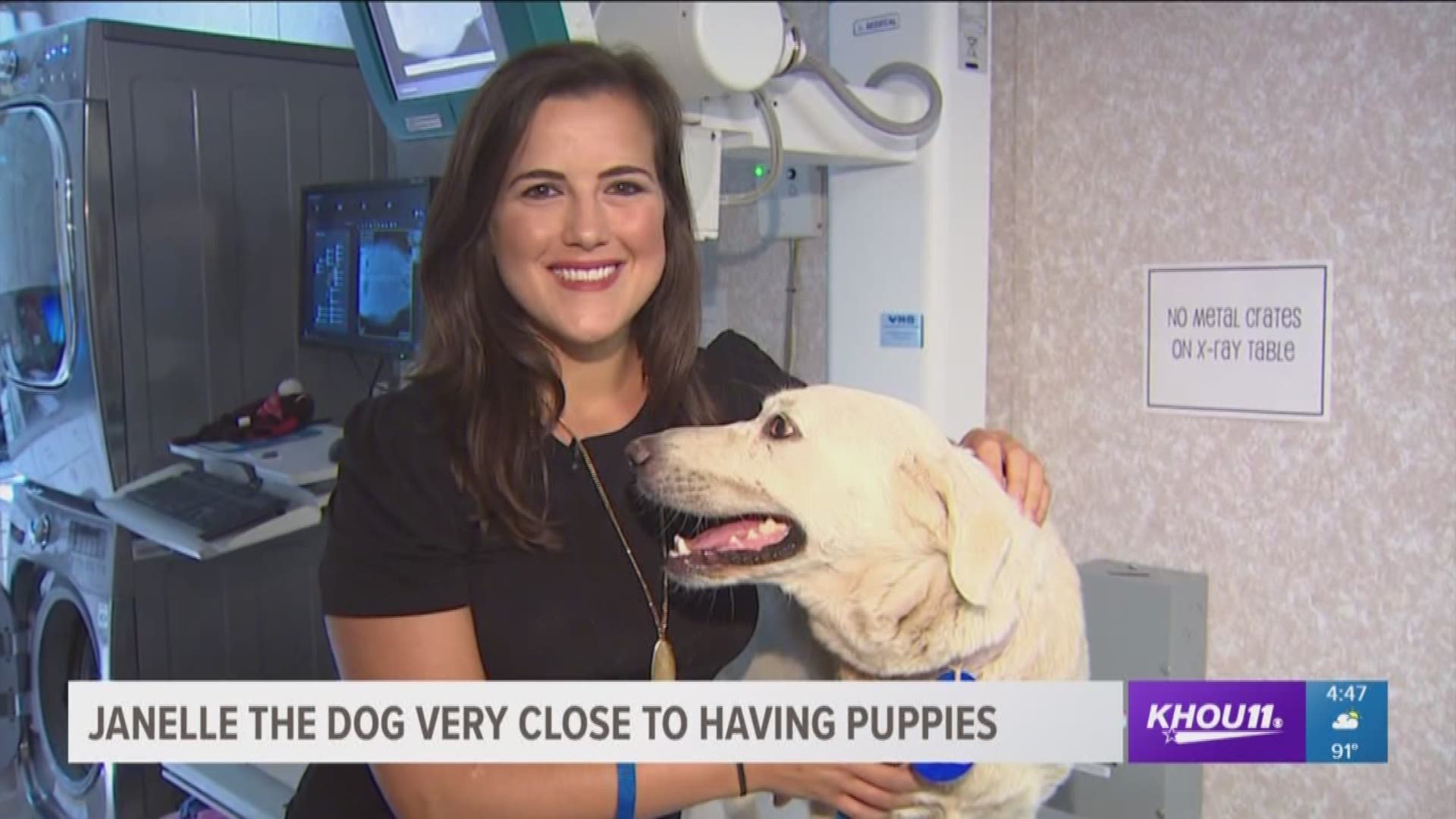