Can you help this poor dog?

"I can't even begin to imagine the depth of suffering this dog has endured." 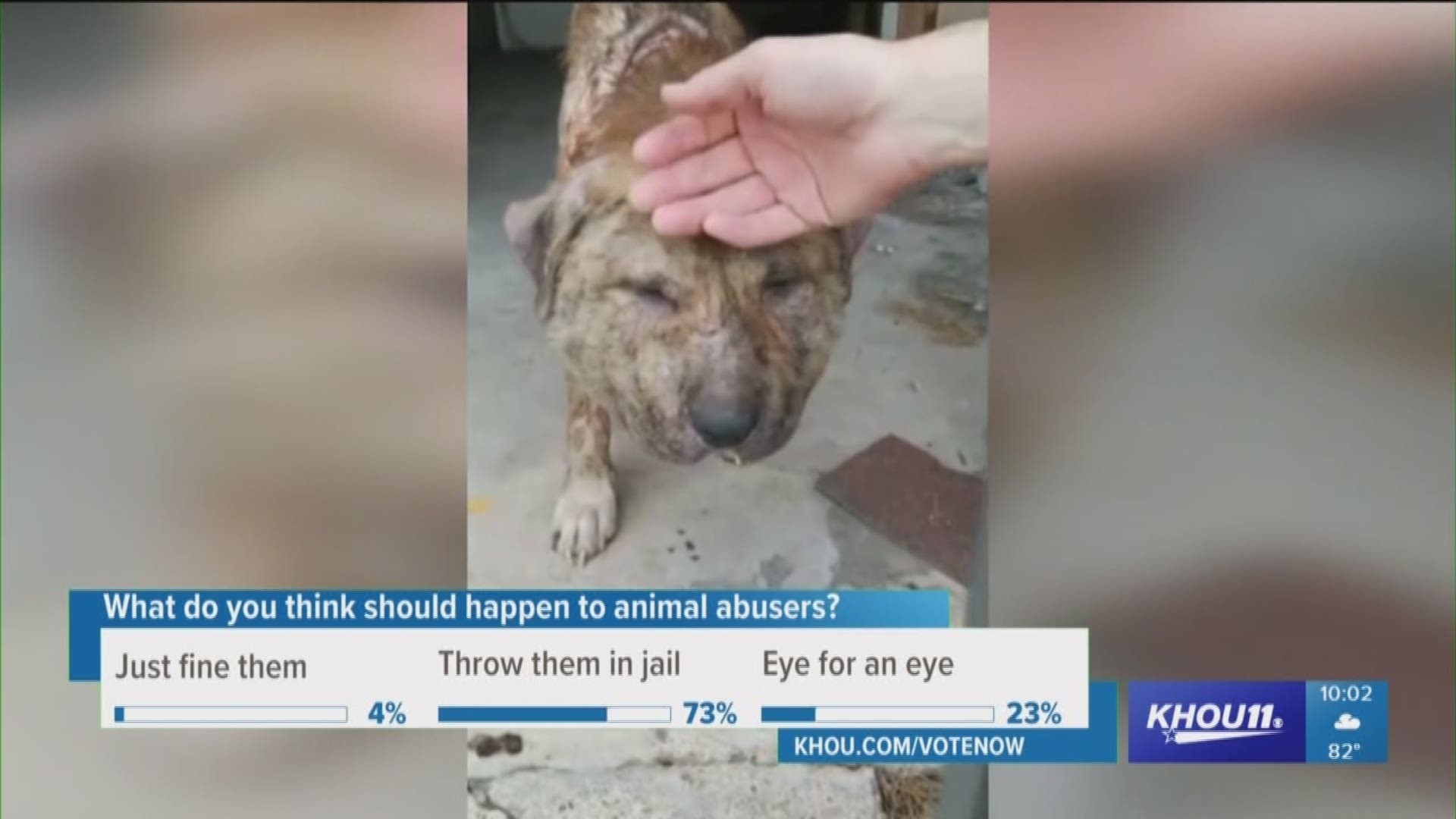 HOUSTON — Some kindhearted Houstonians have rallied around a stray dog found riddled with pellets and a severely swollen head and neck.

Gus was picked up Wednesday night at an apartment complex in the 12000 block of MLK Blvd.

The rescuers who found him took him to an animal hospital on the Katy Freeway.

The vet found a shoestring embedded into the dog’s neck and cutting into the tissue. He called it the worst case of this kind he’s seen.

When rescuers first spotted Gus in southeast Houston, his body was riddled with pellets and his head was severely swollen because a shoestring was embedded in his neck. (K-911 Rescue)

The vet also discovered someone had shot Gus repeatedly with a pellet gun.

“I can't even begin to imagine the depth of suffering this dog has endured,” K-911 Rescue posted on their Facebook page.

A surgeon tried to clean up the wound early Thursday morning but she was forced to stop because of scar tissue near Gus’s jugular vein and carotid artery.

Because of the complications, Gus is being transferred to a soft tissue specialist at the Texas A&M Small Animal Clinic.

Donations can be made on their website or you can call VERGI, the animal hospital, and make donations directly for Gus. Their number is 713-932-9589.