After freezing temps, efforts underway to save sea turtles on Texas coast 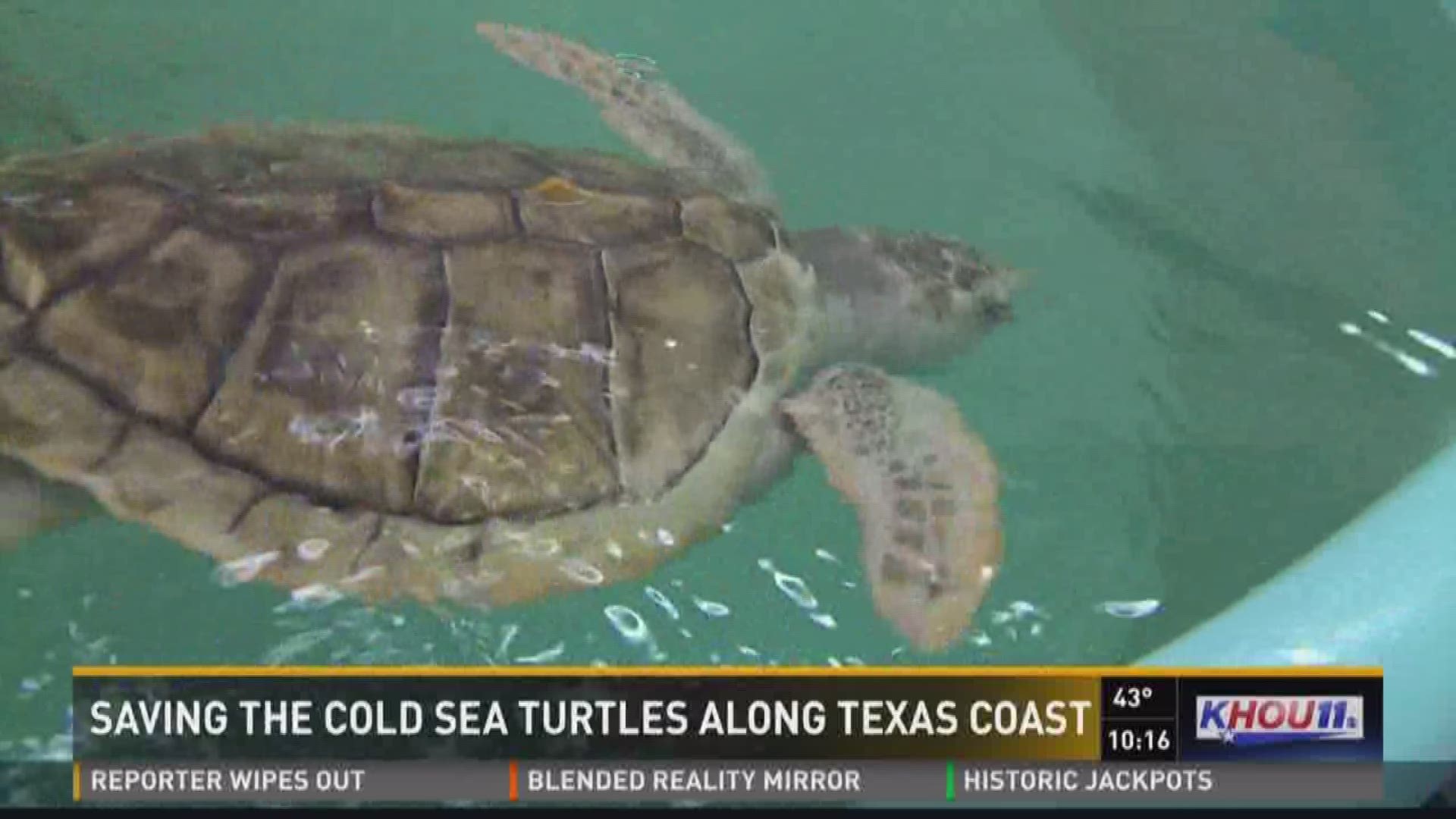 GALVESTON, Texas - There's a big effort underway in Galveston to rescue sea turtles stunned by the cold weather. So far, about 50 turtles have been rescued and they're expecting some 200 more to arrive Friday.

Experts say it could be the largest cold stunning event in Texas history.

If you want to know a thing or two about turtles, just ask Lyndsey Howell.

"I did the sea camp and the zoo camp as a kid," said Howell, who works for NOAA Fisheries.

She's been working with them for 12 years.

"There's just something majestic about them that I love," she said.

So when the cold blast came ashore, Howell hopped on a boat to save as many as she could.

"There's a turtle over here, I didn't think he would survive yesterday," said Howell. "Today, the loudest turtle we heard over here was him."

"We are the ones that push these animals to the brink of extinction, so we have an obligation to at least step in and help try and restore their numbers," said Ben Higgins, Sea Turtle Program Manager.

What is a cold-stunned sea turtle you might ask?

"They maybe dehydrated because they've been floating on the surface for a few days," said Higgins.

On the surface, because they're so cold they can't swim. Instead, they float.

The job at NOAA's lab in Galveston is to warm them up. They're all measured, weighed and eventually released back into the ocean.

A labor of love for Lyndsey, for a species that was here before us.

"If you see hundreds of animals dying, I think it's everyone's innate nature to try and save them," she said. "You wouldn't do it to your cat or dog, so why would you do it to a turtle?"