Analyzing Super Tuesday election and what it means for November

KHOU 11 political analyst Bob Stein said the presidential election could be one of the closest in Texas. 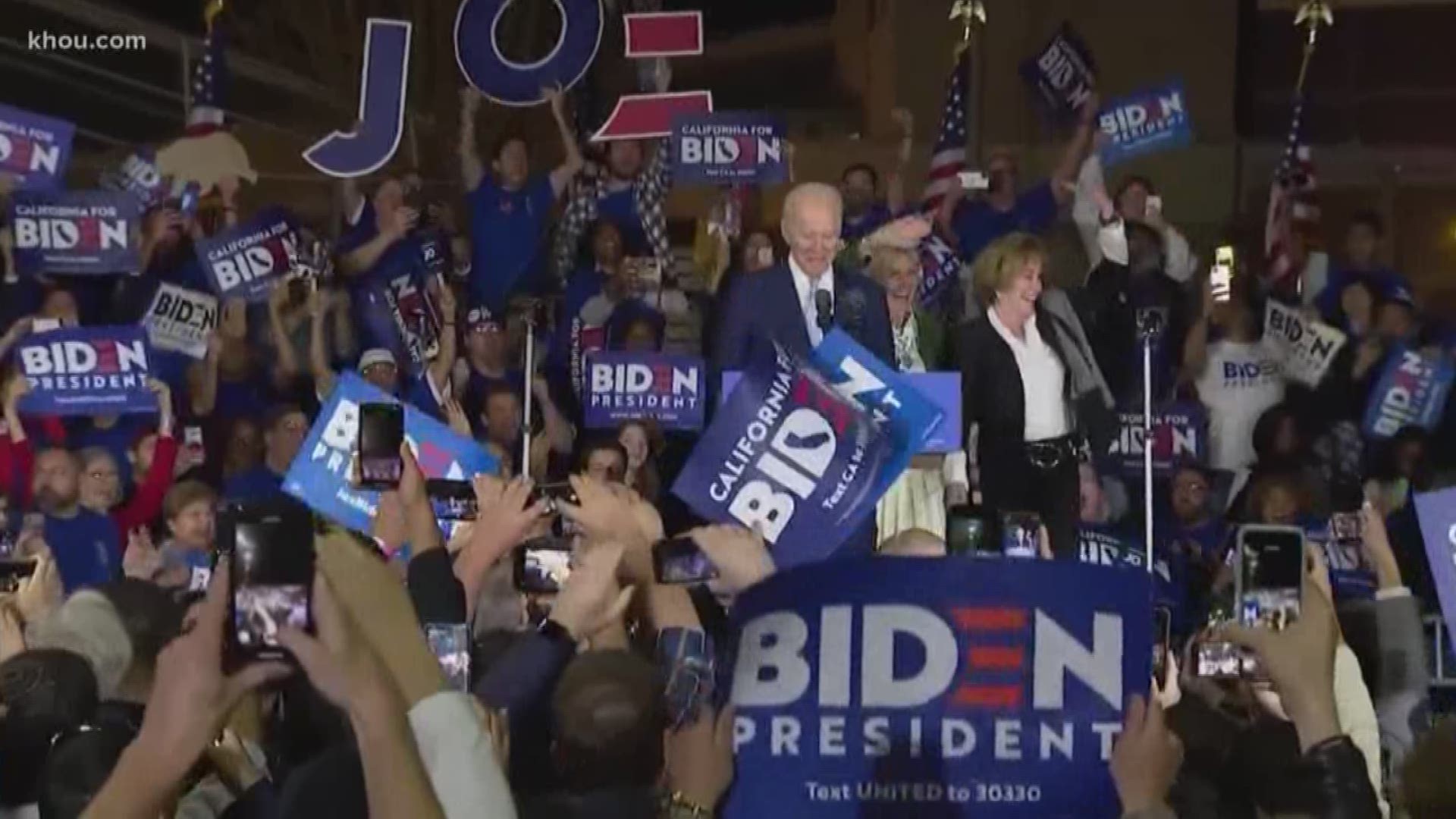 Thousands of people waited hours to cast their ballots, primarily in the Democratic primary.

“I don’t ever do early voting just because you never know who might drop out,” one voter said.

“I was just telling her this morning that I was glad I ended up waiting until today,” another voter said.

"Was it a resounding victory for Biden?" Stein said. "It was an enormous comeback.”

While there are plenty of primaries left to go, Stein said President Trump may not carry this typically red state as handily if the more moderate Biden is on the ballot. He believes Republicans may be re-calibrating since self-described Democratic Socialist Bernie Sanders is no longer the clear front runner.

"I’ll say this: it seems very clear that Texas will be competitive," Stein said. "That the margin of error for the Republican or Democratic candidate, particularly Republican, will not exceed 5 percent.”

That would mean the tightest presidential race in Texas in decades. It would also likely result in a lot more campaign stops here in Houston and elsewhere in the state.