American Hero receiving rehab in Houston, to be honored at Ironman

With a White House salute and an entire country behind him, it's a long road made shorter by his supporters. 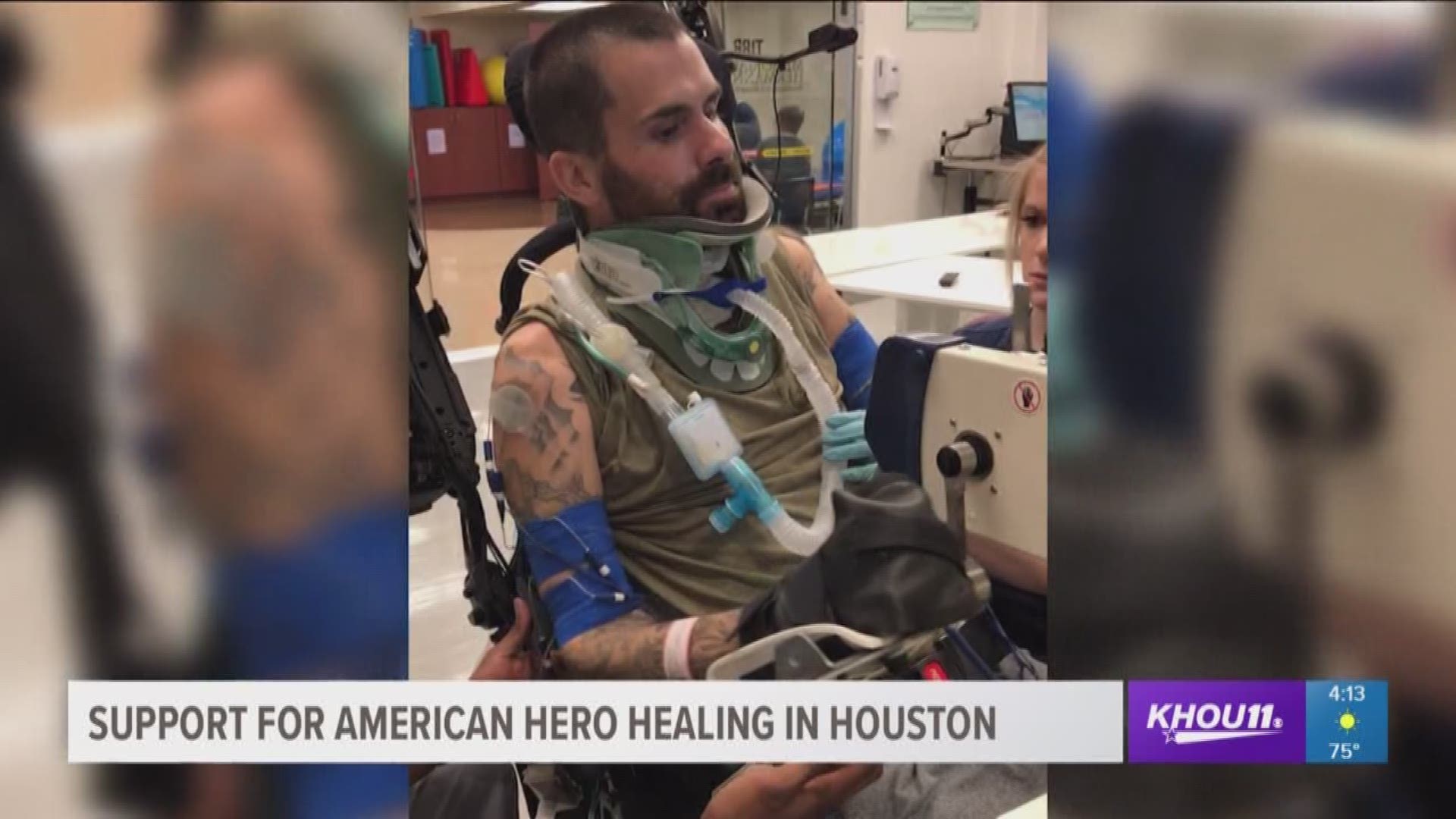 HOUSTON — An American Hero who nearly lost his life by clearing explosives set by ISIS from a hospital in Syria is temporarily calling Houston home, while he continues to recover.

The healing process will be long and hard, but he's not doing it alone.

For Chief Petty Officer Kenton Stacy, it was his job clearing explosives to save innocent lives in Syria.

“(Staff Sergeant) Justin (Peck) and his comrade, Chief Petty Officer Kenton Stacy, were on a mission to clear buildings that ISIS had rigged with explosives," President Trump said during his State of the Union.

And by saving the lives of those strangers, he’s paid so much of his own.

“Kenton Stacy would have died if not for Justin's selfless love for his fellow warrior," President Trump said.

Through the selfless love of a fellow soldier, today, Stacy’s alive, aware and on the road to recovery.

He’s in Houston at TIRR Memorial Hermann healing from the best.

“It is an honor to take care of someone like Kenton Stacy," Dr. Matthew Davis, TIRR Memorial Hermann Medical Director of the Spinal Cord Injury Program, said.

But his extensive injuries have left him unable to move or talk.

“Puts him in the state of being a quadriplegic," Lindsey said. "I’ve learned to read his lips, and we communicate that way.”

The only words he’s said to his wife Lindsey, he’s painted with his mouth for their anniversary thanking her for 14 years.

But in the few months he’s been here, he’s had amazing achievements.

Stacy is now off his ventilator and has learned to steer his own chair. Doctors hope there’s more to come.

"We’re working on regaining his ability to speak again, and I think we should be successful in that," Dr. Davis said.

“Disarming bombs is serious business, and I think the whole team appreciates the opportunity to help someone like him," Dr. Davis said.

With a White House salute and an entire country behind him, it’s a long road made shorter by his supporters.

And this weekend, Stacy will be honored at the Ironman competition in The Woodlands. An old classmate and fellow sailor will be coming into town Friday to complete the race for Stacy.