Patient in private ambulance dies after rollover crash near Klein; 4 others hospitalized

Deputies said a car ran a red light, causing the crash that made the ambulance flip over with the patient inside. 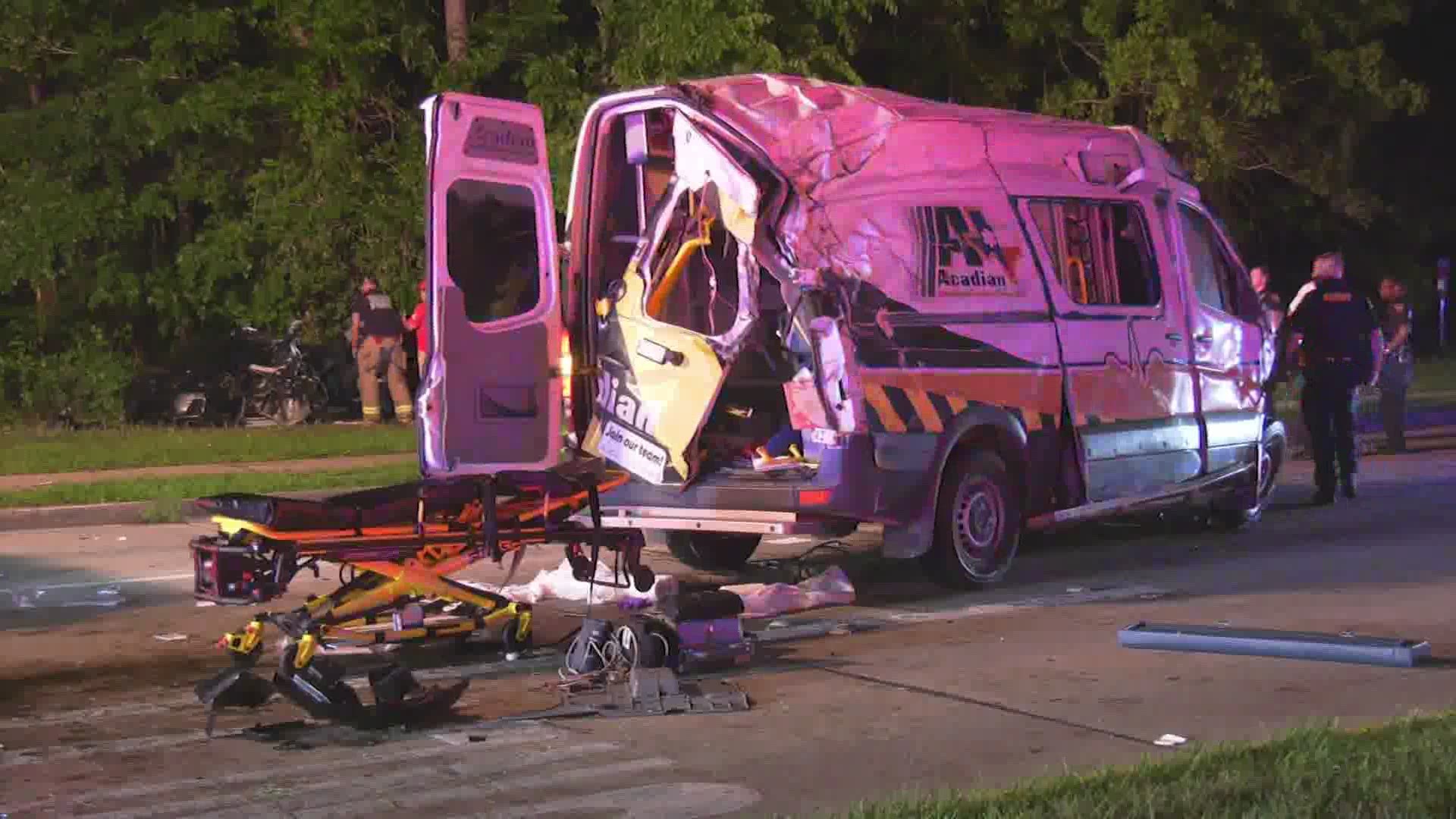 HARRIS COUNTY, Texas — A woman is dead and four others were hospitalized late Friday night after a rollover crash involving a private ambulance.

This happened at about 11:13 p.m. near Cypresswood Drive and TC Jester Boulevard.

According to the Harris County Sheriff's Office, the private ambulance, that was transporting the woman for a non-emergency issue, was traveling westbound on Cypresswood Drive. A 2013 Toyota Corolla was traveling southbound on TC Jester when it allegedly ran a red light and crashed into the front of the ambulance that was driving through the intersection.

Deputies said the impact of the crash caused the ambulance to flip on its right side and continue to roll over until it came to a stop. The woman in the back of the ambulance along with two EMTs were all injured and had to be taken to a nearby hospital.

The woman, identified as Shirley Ogletree, later died at the hospital as a result of her injuries.

At last check, the driver was still listed as critical.

Credit: KHOU
A photo of the mangled car involved in the deadly rollover crash

At this time, deputies do not know if intoxication or speed played a role in this crash.

Deputies said there was a camera on the front of the ambulance that they are hoping will reveal more details about what happened.