The bear was also seen near a local Alpharetta high school. 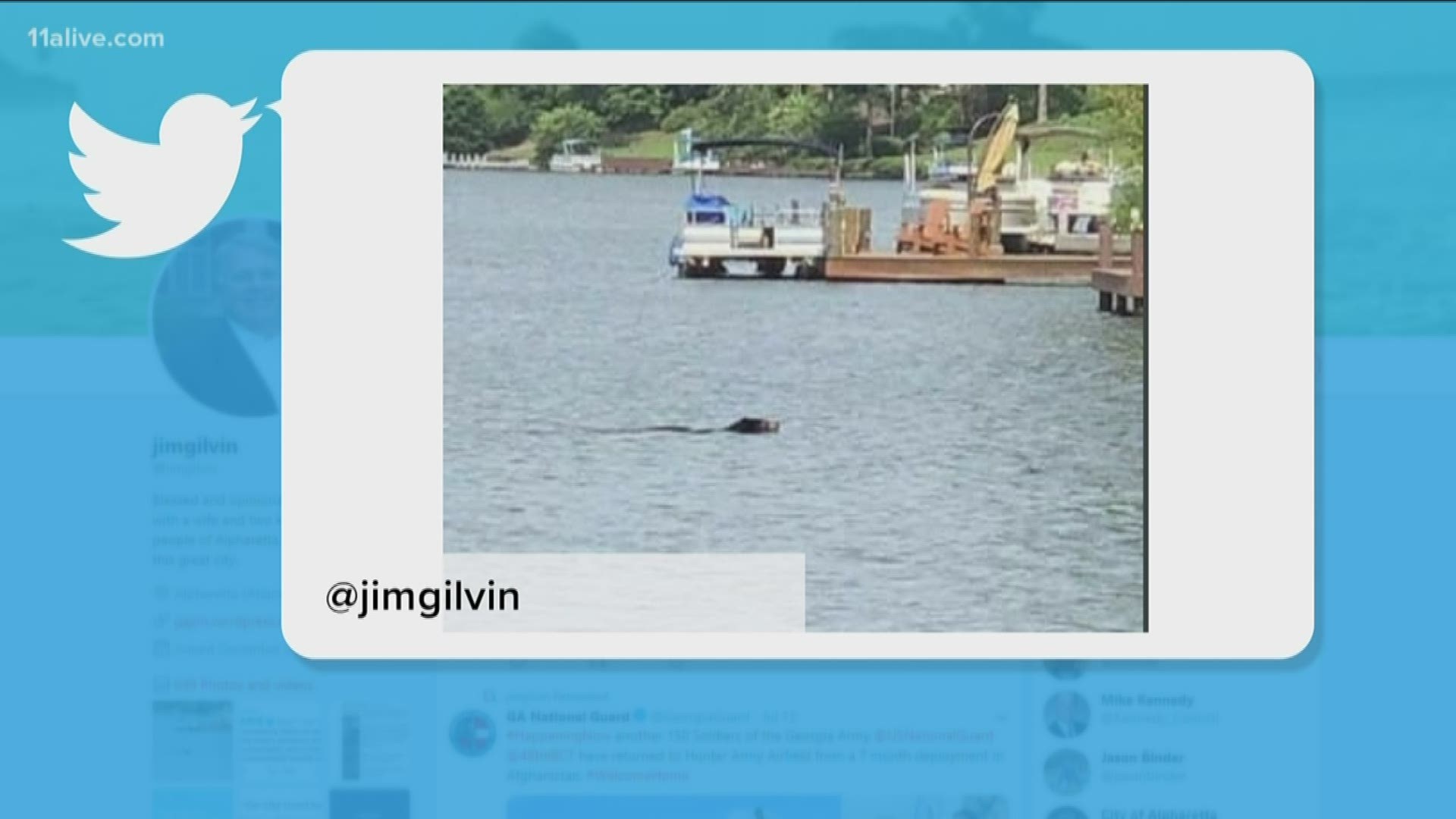 A bear was seen swimming in Alpharetta's Lake Windward Wednesday morning, according to the City of Alpharetta.

The bear was also seen near Alpharetta High School, according to the city.

The city said they received multiple reports of the black bear wandering in northeast Alpharetta and released a notice on their Facebook page regarding bear safety.

"The bear is unlikely to be a threat to anyone unless people approach or provoke it. We do, however, encourage everyone using the Greenway for the next few days to make noise so any bear that may be in the area knows you are coming and has time to leave," the City of Alpharetta posted on Facebook.

In a graphic posted on the city's Facebook page they listed (leaving out) these things as "bad bear behavior":

According to Bearwise.org, people should never approach or try to feed a bear. Also be sure to alert neighbors if you spot a bear in the area.

Her body was found near the Chattahoochee River. We don't know her name.