The gator was found trying to get inside from the lanai. 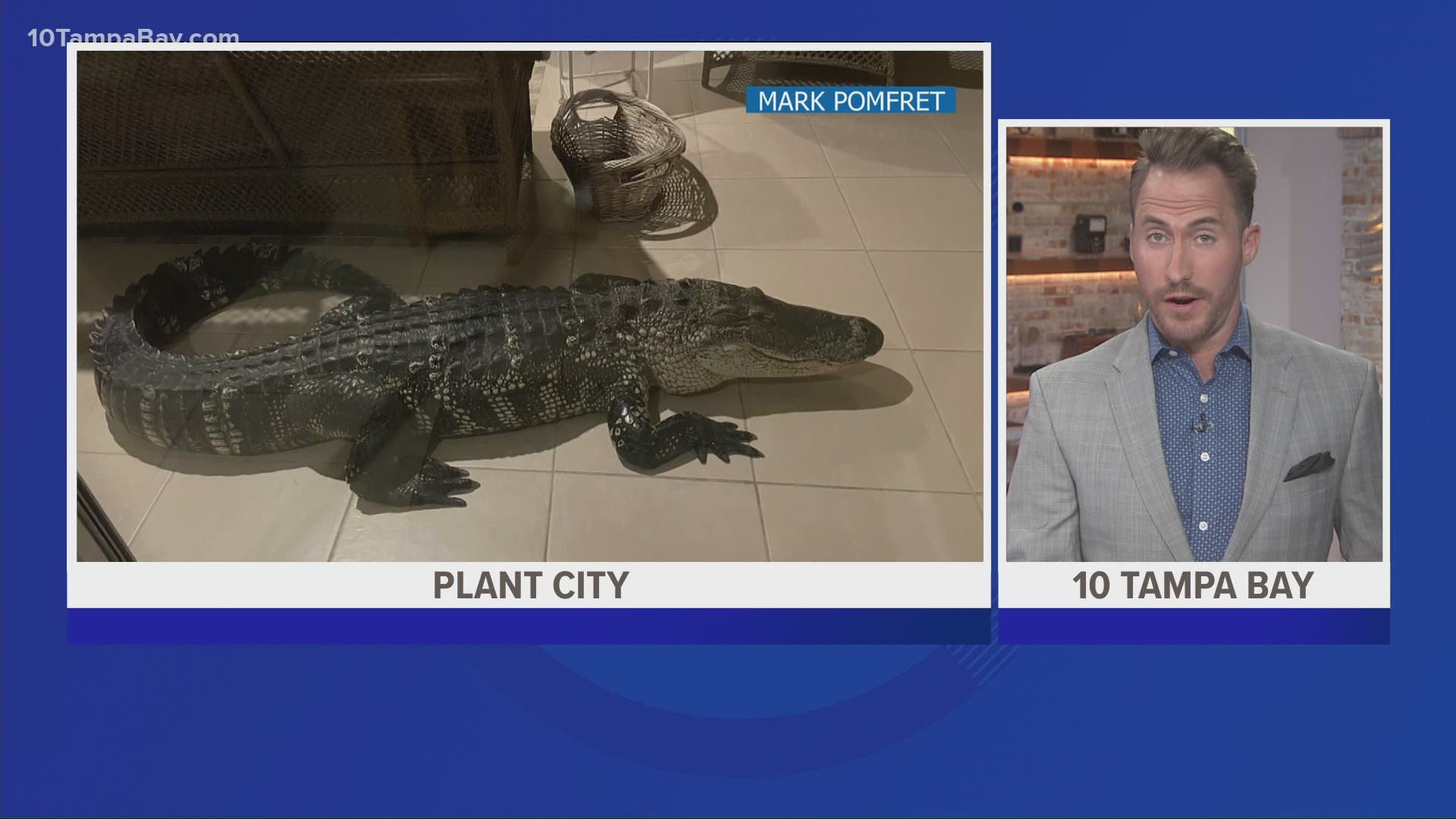 PLANT CITY, Fla. — It's rude for anyone to come knocking at your door unannounced at 2:30 a.m., but it's a bit shocking when it turns out to be an alligator.

And, the gator had already managed to make himself somewhat at home in the couple's enclosed lanai.

Mark Pomfret said in a Facebook post that he was woken up by something banging on the door. When he went to check, he says he found an alligator inside their lanai.

He tells 10 Tampa Bay he and his wife Pam called the Hillsborough County Sheriff's Office. When they arrived, Pomfret says deputies told the couple they had to call in a trapper.

After the sheriff's office rounded up the alligator, Pomfret says deputies told him the alligator was about nine feet long.

Gator mating season takes place during May and June, according to FWC. FWC says if you're concerned about an alligator, you can call FWC's toll-free Nuisance Alligator Hotline at 866-392-4286.

As a reminder, FWC says you should never feed an alligator and keep your distance if you see one. FWC also says you should swim only in designated swimming areas during the day. And, keep pets on a leash and away from the water.

RELATED: Alligator stops in for a tour at Bonita Springs fire station