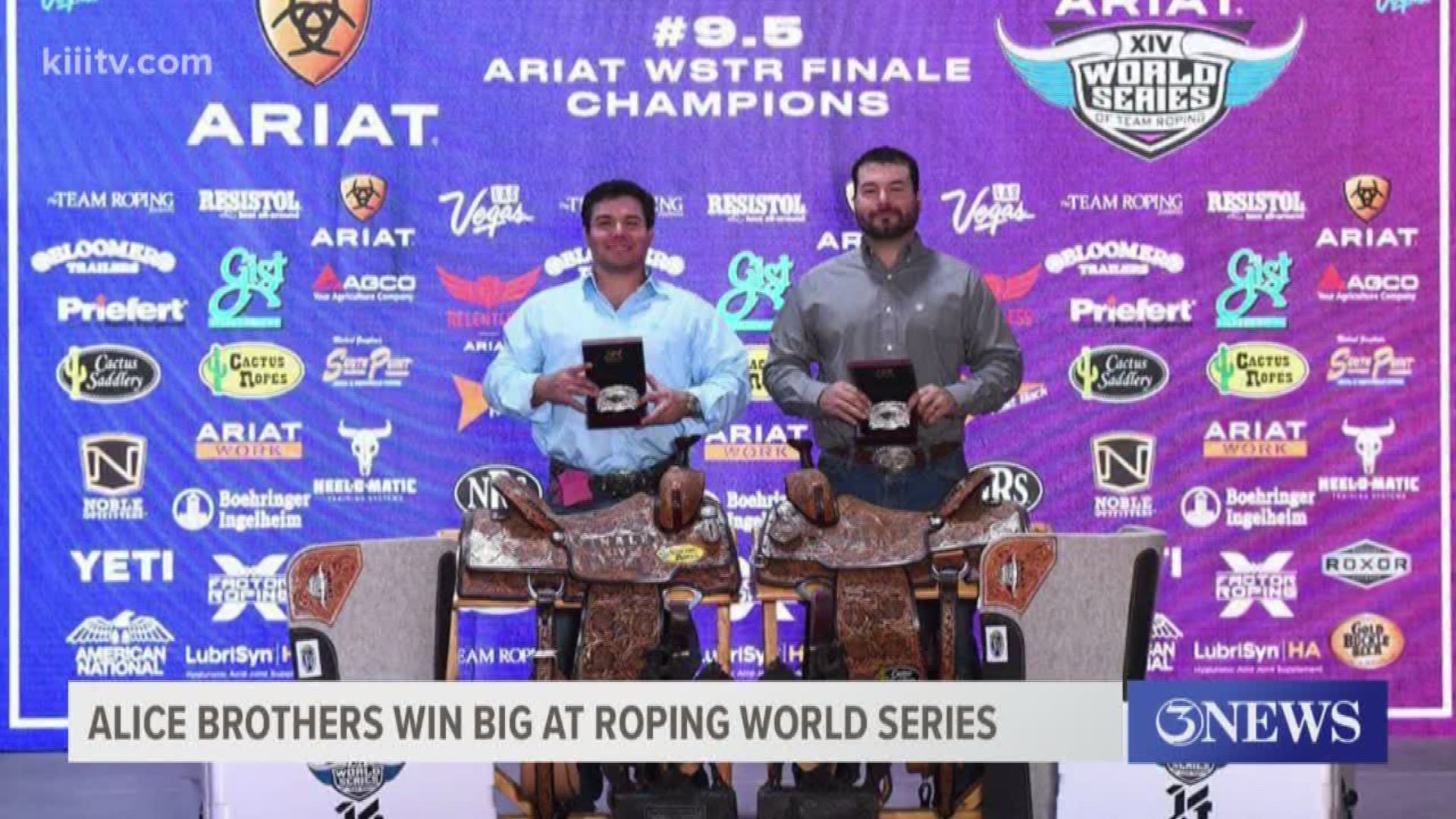 ALICE, Texas — A pair of Alice brothers returned from Las Vegas after winning $346,000.

The brothers won not at the tables but in the arena.

The Lopezes come home champions of the World Series of Team Roping.

"It's hard enough to win it, but then winning it with my brother is on a different level," BJ said.

On Saturday, the brothers won the largest payout in team roping history. A win they couldn't have imagined when they started roping as kids.

"We love horses. We love to ride. We love the sport," AJ said.

Roping is a passion that runs in the brothers' blood.

"We started roping with my dad, and he started then back in the 90's and been roping ever since," AJ said.

The Lopez brothers roped their way from rural Texas to Sin City.

You could say the brothers are competitive but humble.

Both brothers work in the oil in the gas industry.

"We work more than we rope, and to get a chance at that type of money um in a day's roping is just unexplainable. It's godly. We feel blessed," AJ said.

What do the brothers plan on doing with their money?

"I'm gonna build a barn for my horses," AJ said.

"I'm going to donate it back to the church, so I think God did this for us, so we have to do back," BJ said.