The incident resulted in all 75 passengers having to deplane a Delta Airlines flight from Detroit to Houston last Friday. The flight was then delayed by hours. 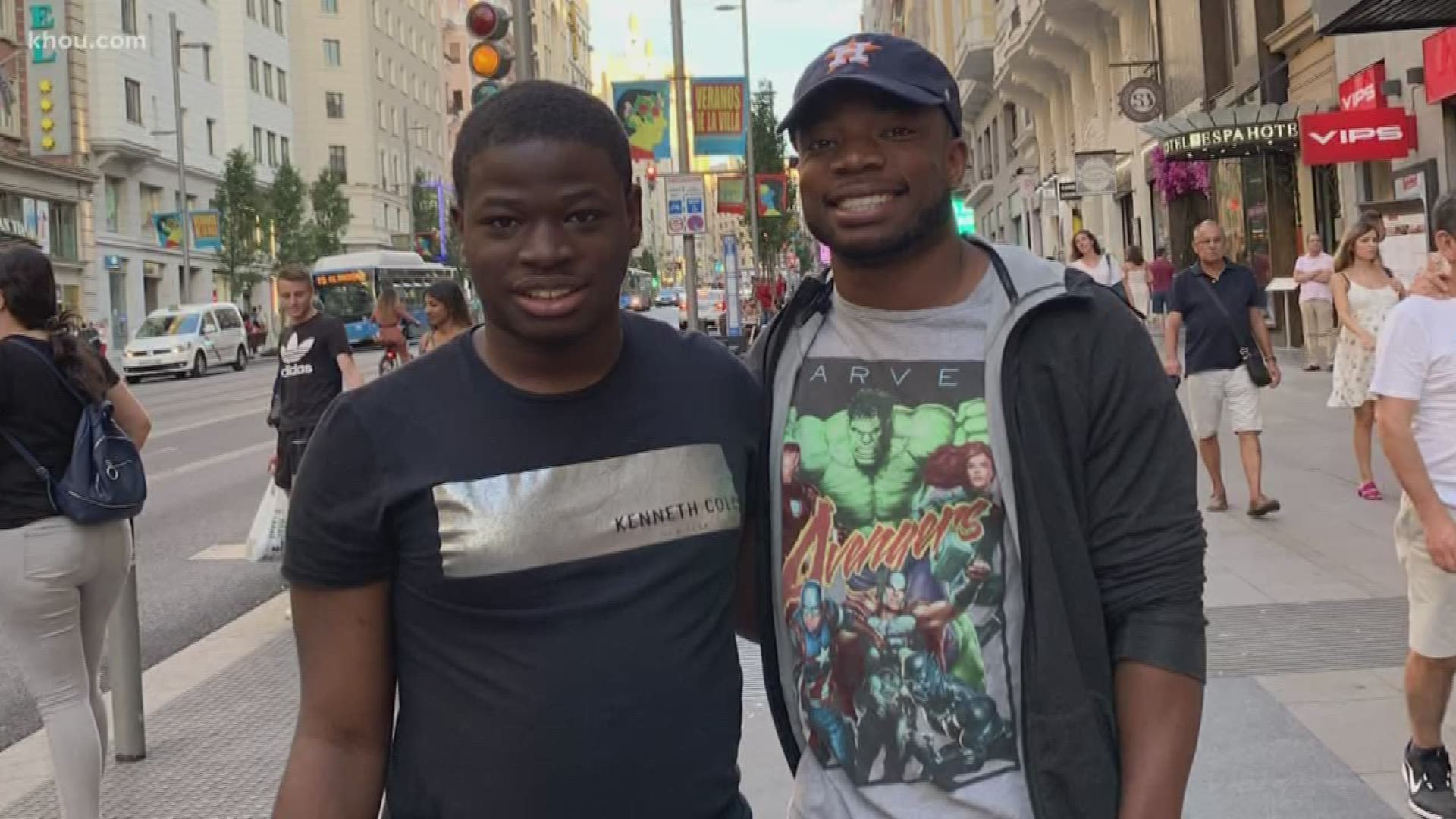 HOUSTON — Delta Airlines is apologizing to a Houston family after an incident on a flight that ended in all 75 passengers having to deplane.

"No one who flies should have to deal with the disrespect that we experienced on that night. It is for this reason that I reported the crew of this flight to their higher-ups and requested that they not be able to fly any more planes with more passengers without serious consequences," wrote Ayo Isola in a Facebook post that's gone viral.

The Houston man said a Delta crew refused to accommodate his 21-year-old brother Tayo, who has autism.

Isola, along with his mother, sister and brother, spent about two weeks traveling through Europe -- the vacation of a lifetime, Ayo Isola said, and one his family spent about a year planning.

"It was a great vacation," he said. "We had a lot of fun. Unfortunately, until the last flight back home."

Last Friday, the family flew back to the U.S.  A system outage at customs resulted in the family racing to their Delta gate at an airport in Detroit, Michigan. Isola said when the family travels together, they like to get to their gate early to speak with someone with the airline directly to explain his brother's special needs.

"We get on board the plane and we see that our seats are all separated and so, because of my brother’s special needs, he needs to sit with a family member," he said.

Tayo Isola is non-verbal.  Ayo says his brother has sensory issues and lives with Obsessive-Compulsive Disorder.

"So he’s, you know, not sitting," said Isola of his brother, who was restless inside the plane.  "A nearby woman, she sees this going on and she offers, 'Oh, you can have my seat.' The flight attendant, however, sees this and is completely irate with the whole thing and says, 'No one is allowed to switch seats until I approve it.'"

Ayo Isola, a University of Houston graduate student, says he and his mother tried to advocate for his brother who does not respond to verbal cues.

"She continued to go onto the intercom and said, 'Everyone needs to get in their seats before we can move, and then come to us.' (She was making) a mountain out of a molehill, 100 percent. It was so unnecessary for it to go as long as it did and as far as it did," he said.

The situation, Isola said, escalated, with the flight attendant calling her supervisor.

"And the supervisor is very accommodating and says, 'OK, I see your issue. Y'all may have these seats, it's no issue.'"

But the situation continued to escalate. Isola said the flight attendant then called the pilot.

"At this point the pilot just got frustrated by the whole situation and said, 'You know what, everyone has to de-board the plane,'" Isola said.

A new flight crew was brought in and Tayo was able to sit with his family. Delta Airlines is apologizing to all 75 passengers who were delayed by hours while working to learn what happened.  This is the full statement sent from Adrian Gee, on behalf of the airline:

“Delta apologizes to customers on flight 3596, operated by Delta Connection partner SkyWest, for any inconvenience following an onboard event. We are currently reviewing the details have reached out to better understand what happened.”

Marissa Snow then sent us this statement on behalf of SkyWest Airlines:

We are investigating reports regarding SkyWest flight 3596, operating as Delta Connection from Detroit to Houston, Texas, which experienced a delay boarding as a result of an issue regarding customer seat assignments. We are committed to providing exceptional onboard service to all of our customers and are working with our partner Delta to reach out to the customers.

"It shouldn’t be as hard as it is right now for people with special needs and disabilities to do things like travel," said Isola, who said he filed a formal complaint with Delta Airlines.

Ayo Isola also said he spoke to someone with Delta on Tuesday. He said the airline personally apologized to his family and ensured him they are looking into what happened. The family has not yet heard from SkyWest.

"I don’t know what they have currently in place, but if they could do some kind of sensitivity training. My goal is just to make sure something like this doesn’t happen to the next person."