A federal agency will investigate the ITC fire in Deer Park that led to a benzene scare, two shelter-in-place orders for Deer Park and Galena Park and hundreds of school closures. 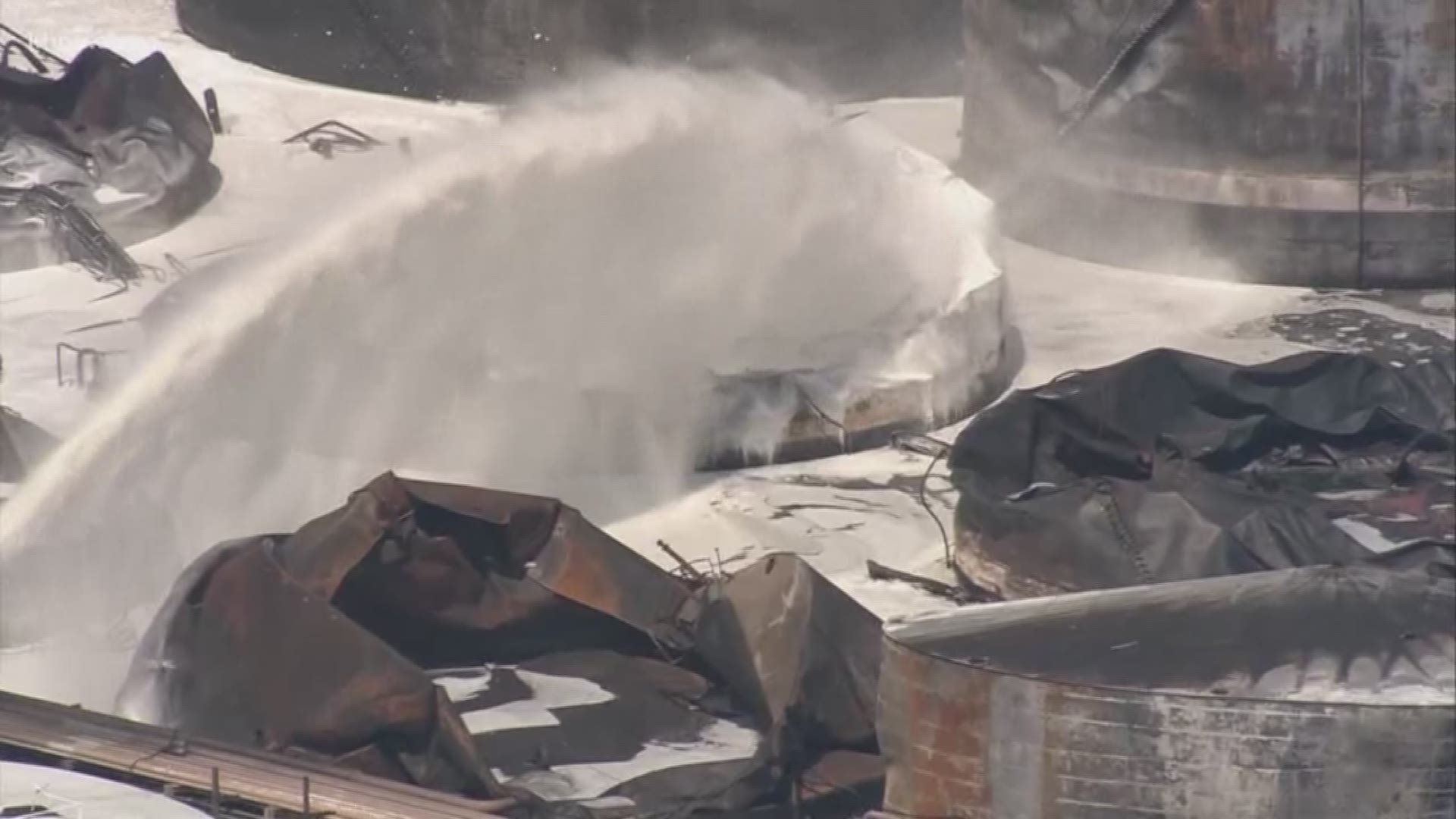 Federal experts from the CSB will investigate what happened before, during and after the ITC Deer Park fire that burned for three days.

The CSB, or Chemical Safety Board, is an independent federal agency charged with investigating industrial chemical accidents.

The ITC fire sent an ominous-looking plume of black smoke all the way to Waller County and caused a benzene scare Thursday morning in nearby communities.

The orders were lifted Thursday afternoon and residents were able to leave their homes. All roads closed during the shelter-in-place have reopened.

Some school districts are canceling classes again on Friday, as a precaution. Here's the list, which we will continue to update as necessary.

HISD Superintendent Grenita F. Lathan, Ph.D. said Thursday that outside experts have been conducting random air-quality testing at schools on the east side.

HISD Is providing extra nurses at those schools and has brought in an outside risk-management team.

All after-school activities were canceled at those schools, as a precaution.

Highlights from news conference with ITC and the EPA:

10:20 a.m. Harris County Public Health tweeted: "We are diligently monitoring areas where elevated benzene levels were detected this AM. Fortunately, those levels are dropping substantially."

Rumors about the fallout from the Deer Park fire continue to spread so we're sorting out what's true and what's bogus:

Do you have health concerns?

Harris County Public Health will be providing free health services and wellness assessment to the community of Deer Park from 2 p.m. to 7 p.m. Thursday and Friday.  The mobile health clinic will be located at 500 W. 13th Street.

The event was planned before the ITC fire and is open to anyone.

For anyone who is feeling stressed or anxious, the National Distress Hotline is available to help.

The hotline is open 24 hours a day, 7 days a week for anyone in need of emotional support.

Below are the signs and symptoms of benzene exposure.  They could present themselves anywhere from minutes to several hours after exposure”

How to check air quality in your area

With news this morning that tests found higher than acceptable benzene in the air near the ITC plant, many of you are asking how to check those levels where you live or work.

Harris County has set up this special air quality page for the Deer Park fire.

Here are some tips on how to use it.

When emergency management officials order a shelter-in-place due to hazardous materials possible in the air, these are steps you should take to seal off a safe space, according to FEMA.gov.

RELATED: City of Pasadena explains why there's no shelter-in-place there

RELATED: Deer Park neighbors finding ways to get back to normal after massive tank fire